Kabul: The fourth meeting of the Afghanistan-Shanghai Cooperation Organization (SCO) Contact Group was held on Wednesday afternoon in Dushanbe, Tajikistan, with the participation of eight members of the SCO and Afghanistan.

The issues discussed in the meeting were focused on Afghanistan’s membership in SCO, the roadmap for the organization’s cooperation with Afghanistan in three areas, including – security; economic; cultural-humanitarian, and the situation in Afghanistan and its effects on regional stability and development.

Atmar reiterated the commitment of the Afghan Government to a political settlement, resuming meaningful negotiations to fulfill the legitimate aspirations of the people and the Government of Afghanistan to preserve the achievements of the last two decades, including the state and lasting peace in the Afghanistan. Referring to the excessive threat posed by terrorist groups alongside the Taliban in the region, the Foreign Minister stressed the need to jointly fight against this threat. He went on to say that ensuring lasting peace and stability in Afghanistan, was a viable solution to the menace of terrorism, extremism, and restoration of stability in the region. 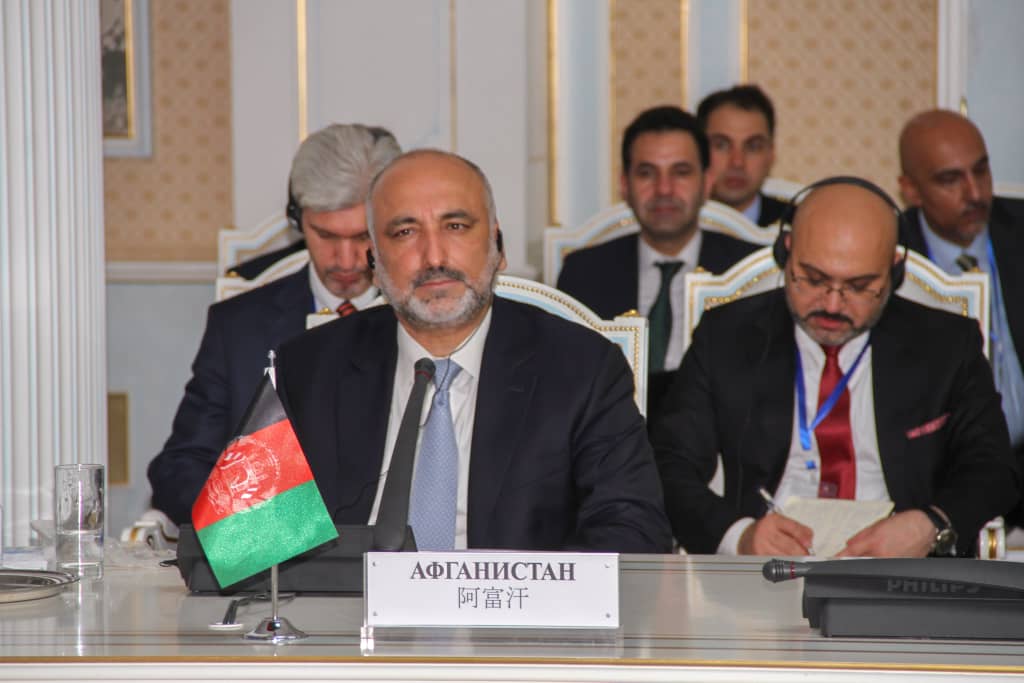 Atmar also expressed the demands of the Islamic Republic of Afghanistan in three areas. First, given the unprecedented violence perpetrated by the Taliban in collusion with terrorist outfits, it is imperative that all countries maintain their consensus to end the bloodshed, find a political solution, and ensure peace in Afghanistan. Second, call on the Taliban to implement the provisions of the Doha Agreement, the UN Security Council Resolution 2513, and the Declaration of the Moscow Extended Troika. Third, to overcome the common threat of terrorism, SCO member states need to provide immediate security assistance to Afghanistan.

The foreign ministers of eight members of the SCO emphasized the need to resolve Afghanistan’s crisis through political means, take practical steps to cooperate with Afghanistan, prevent the country from becoming a safe haven for terrorists, and provide economic and humanitarian cooperation with Afghanistan.

Meanwhile, President Ashraf Ghani with high-level government delegation headed to Uzbekistan for a two-day visit to attend the Central and South Asia Conference: Regional Connectivity, Challenges and Opportunities conference. The President will separately exchange views with Uzbek President Shavkat Mirziyoyev and a number of representatives of the participating countries on friendly relations and expanding cooperation in various fields with Afghanistan within the new chapter, as per the Presidential Palace.