Kabul: Hundreds of new soldiers from the National Directorate of Security arrived in Ghazni on Thursday to bolster the security situation.

These new forces will be deployed in the areas that are most in need of reinforcements. The defense and security forces will join them and begin the clearing operation, as per the press office of the Ghazni governor.

Upon arrival, the soldiers assured the public that they would use all their efforts for lasting peace and tranquility in Ghazni province. The leadership of Ghazni province, given the high morale, courage and love of the security forces for the country, assured the people of Ghazni that the enemies of the country and the people will never achieve their nefarious goals.

Meanwhile, a mortar round impacted a home in Khalil area of Nurgaram district, Nuristan province, on Wednesday evening, which killed five individuals and wounded 12 others. Spokesman for Laghman’s Provincial Governor Asadullah Dawlatzai told Hashte Soubh daily that the Taliban had fired the mortar, which landed close to Laghman’s Alingar district.

Eyewitnesses said that five of the family members, including women and children, were killed and five others were wounded in the attack. The Taliban rejected being responsible for the attack.

Meanwhile, the United Nations has said the escalation of violence in the country has led to a humanitarian catastrophe. Ramiz Alakbarov, the UN’s humanitarian coordinator for Afghanistan, told the BBC that the country’s humanitarian aid needs had never been greater, but that there was no way to respond to the crisis.

Describing the humanitarian situation in the country as critical, he called it the worst in the world. He said that the war, the increase in internally displaced people due to violence, and the drought in the country had left 18 million people, who make up more than half of the country’s population, in need of humanitarian assistance. According to him, 10 million people are at risk of starvation and half of children under the age of five in this country suffer from hunger. According to him, only 40% of the $1.3 billion requested by the United Nations to help these people has been provided. 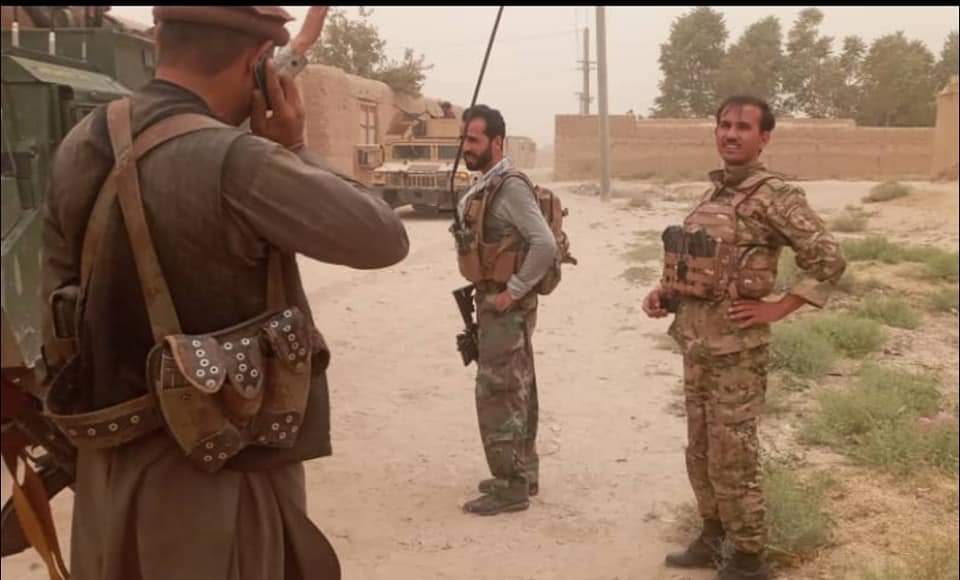 Violence in Afghanistan has escalated in recent months with the withdrawal of foreign troops, and tens of thousands have been displaced from their homes. The United Nations has warned that the continuation of this process could affect regional and global security. Earlier, the International Federation of Red Cross and Red Crescent Societies announced that by 2021, one-third of Afghanistan’s population would be without food due to the drought, and urgent action was needed.

On the other hand, for the first time, the Afghanistan Independent Human Rights Commission (AIHRC) has confirmed that the Taliban have imposed restrictions on women in areas under their control in Takhar, Kunduz, Faryab and Badakhshan provinces.

Unofficial reports have surfaced in recent days of Taliban restrictions on men and women in areas the group has just taken control of in those provinces, but no official authorities have yet confirmed this. The Independent Human Rights Commission released its report on Wednesday, entitled “Intensifying Armed Conflict and Increasing Incidents of Human Rights Violations.”

According to the report, the findings of the Independent Human Rights Commission show that the Taliban, after gaining control of districts in a number of provinces, including Faryab, Kunduz, Badakhshan and Takhar, imposed restrictions contrary to human rights standards and applicable laws. According to the Independent Human Rights Commission, the restrictions include banning women from leaving the house without hijab and, restricting schooling of girls, banning healthcare for women without a male guardian, banning the use of television, and not shaving the beard.

“After the complete fall of Shirin Tagab district to the Taliban, members of the group imposed a series of restrictions on women and banned all doctors, drivers and rickshaws,” a resident of Shirin Tagab district in Faryab province told observers. “Shopkeepers have warned that they will be punished if they cooperate with women without a male guardian.”

The Independent Human Rights Commission (IHRC) also reported that the Taliban had issued several letters to women in Kishm, Baharak, Jurm, Jargo, Argo, Khash, Sheghnan and Ishkashim districts, stating that they were not allowed to leave their homes without a male guardian. Young people should grow beards and attend congregational prayers. According to the Independent Human Rights Commission, the group sent letters to mosques urging families with two or three children to include one of them in the Taliban.

The report by the Independent Human Rights Commission states, “Following the escalation of violence in the country, the human rights situation during the first 15 days of the current solar month has faced more serious challenges and concerns. Access to basic human rights and freedoms has been restricted in a number of provinces. “The widespread displacement of people in different parts of the country, limited access to health services and the increase in poverty and economic problems are among the most important issues that indicate the deterioration of the human rights situation.”

The Taliban has not yet responded to the report by the Independent Human Rights Commission. The group, however, had previously denied issuing declarations and imposing restrictions on women in its territory.