Also, local sources confirmed that the Surkh-o-Parsa district of Parwan has been liberated from Taliban control following attacks by uprising forces in coordination with security forces. The uprising forces in these districts are led by Commander Naeem, brother of late jihadi commander Amir Sattar. According to sources, uprising forces from Bamyan province attacked the Taliban, and the Taliban fled the district. Sources say there is now intense fighting between government forces and popular uprisings with the Taliban in the Turkman Dara and Surkh-o-Parsa areas.

Also, security officials in Kapisa province said that they have repulsed a major Taliban attack in the Nijrab district of the province. Shayeq Shoresh, a spokesman for the Kapisa police, told Hashte Subh daily that the Taliban launched an attack in the middle of the night on Friday, to seize Nijrab district from Afghaniya, which was met with heavy resistance from security forces and popular uprising forces. He said the Taliban had retreated with heavy casualties. Shrish claimed that 12 members of the group, including Taliban commander Mawlawi Ehsanullah, were killed and 17 Taliban fighters were wounded in the attack.

Kapisa police say that as a result of operations by security forces and popular uprisings, Sabat Mountain, Antanha mountain, Tap-e Khaki, and Dara Afghaniya have been cleared of the Taliban and Taliban fighters have fled the area.

Meanwhile, at around 12:00 noon on Saturday, in Shahrak Amneiat area of the PD12, terrorists planted a remote-controlled mine with the aim of killing people which was discovered and defused by a joint security team before the explosion with the cooperation of the people, said Ferdaws Faramarz, Kabul police spokesperson. 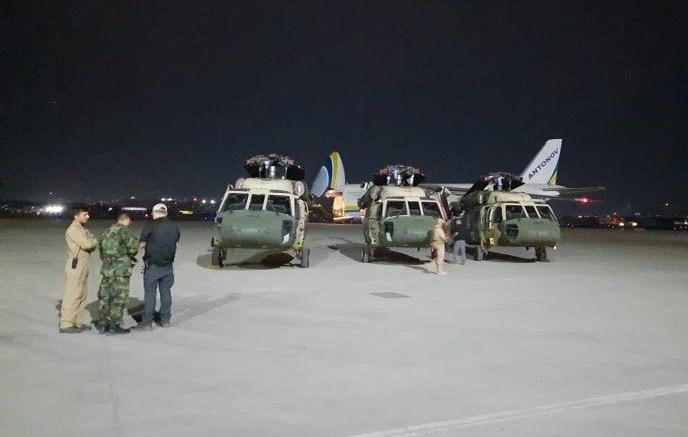 In other news, the Ministry of Foreign Affairs released a statement on the abduction Silsila Alikhel, the daughter of the Afghan ambassador to Islamabad, Najibullah Alikhel. It stated, “MoFA announces with great regret that the daughter of the Afghan ambassador to Islamabad was abducted and severely tortured by unknown individuals on her way home. After being released from the kidnappers’ hold, Silsila Alikhel is now under medical care at the hospital. The Ministry strongly condemns this heinous act and expresses its deep concern over the safety and security of diplomats, their families and staff members of the Afghan political and consular missions in Pakistan.”

The Ministry of Foreign Affairs also called on the Government of Pakistan to take the necessary and immediate action to ensure the full security of the Afghan Embassy and Consulate and the immunity of the country’s diplomats and their families in accordance with international treaties and commitments. The Afghan Ministry of Foreign Affairs is pursuing the matter with the Pakistani Ministry of Foreign Affairs, and urged the Pakistani government to identify and prosecute the perpetrators as soon as possible. The Pakistan Foreign Office on Saturday said that the culprits behind the incident are being traced to be brought to justice. A statement issued by the FO, quoting the spokesperson, Zahid Hafeez Chaudhri, said, “Immediately after the disturbing incident was reported, the Islamabad Police launched a thorough investigation. The Pakistan Ministry of Foreign Affairs and relevant security authorities are closely in contact with the ambassador and his family and extending full support in the matter.” It said that the security of the ambassador and his family “has been beefed up” and in the meanwhile, law enforcement agencies “are trying to trace and apprehend the culprits to be brought to justice”.

Meanwhile, following the non-introduction of Murad Ali Murad as the governor of Daikundi, the province’s representatives at the Lower House of Parliament have written an open letter to President Ashraf Ghani. The letter, signed by Sayyed Mohammad Dawood Sadat Naseri, Ali Akbar Jamshidi, Reyhana Azad and Mohammad Zafar Sadeghi, was published on Friday and emphasizes that the return of the plane carrying Murad Ali Murad from the city of Nili, the center of Daikundi, and his non-introduction as governor, has caused great sorrow and anger among the people of the province.

They added that Daikundi is currently at war and that the situation requires that a “well-known military man” like Murad to be appointed to lead the province in order to avert the dangers and threats and to unite the people in support of the regime. On the other hand, the representatives of the Daikundi people in the House of Representatives have emphasized that Murad, as a “neutral” person and a “military general”, is supported by all sections of society. According to them, all the people of the province support his nomination as governor.

In the meanwhile, a number of retired army officers have been on the frontlines in support of security forces in Sheberghan, the capital of Jawzjan province. Hamrah, a retired army officer, told Subhe Kabul newspaper that they had joined them to support the security forces. According to him, if necessary, they will take up arms and fight the Taliban. Meanwhile, on Friday, Taliban fighters arrived in Sheberghan, a few kilometers from the provincial capital.

Also, local officials in Ghor province confirmed that Taliban fighters have cut off an important water canal to residents of Dawlatyar district of the province for the past eight days. Mohammad Musa Kaleem, the district governor, told the daily Etilaat Roz daily that about 1,000 families in the district were using the water from the canal, and now it caused serious problems. Kaleem added that the Taliban had cut off the canal to put pressure on the people of district to stop supporting the government. Meanwhile, Atta Mohammad Dehqanpoor, Ghor MP, said that the Taliban would never be able to take control of the district by putting pressure on the people. The canal is located about 14 km east of the district.