Kabul: The abduction and torture of the daughter of the Afghan ambassador to Islamabad has sparked protests in Pakistan. A march was held in Peshawar on Monday, to condemn the incident. A number of women and political activists gathered in front of Press Club in Peshawar, Pakistan, to condemn the violence against the daughter of Afghanistan’s ambassador to Islamabad, calling it against all diplomatic standards and the inability of the Pakistani government.

“This was the daughter of an ambassador, who was not an ordinary person. When this happens, other Afghans living in Pakistan are not safe. Investigate this incident to prevent other events in the future,” the protesters demanded, calling on the United Nations to investigate the incident.

On Sunday night, the Afghan government, in response to the incident, summoned all its high-ranking diplomats from the country and said the diplomats would not return to Islamabad “until all security threats are met including the arrest and trial of the perpetrators of the abduction.” However, Islamabad has expressed regret over Kabul’s decision and called on the Afghan government to reconsider its decision.

Meanwhile, Afghanistan’s women parliamentarians have written a letter to the women members of Pakistan’s National Assembly, urging them to raise voice for Afghan women’s rights. “We believe that the women of Pakistan will not wish for us what they will not wish for themselves,” the letter from Afghanistan Women Parliamentarians Caucus reads. The Afghan women parliamentarians also termed the kidnapping of Silsila Alikhil an attack on human rights and women rights as well as a ‘gross violation of diplomatic norms’.

This comes even as Washington’s point man in talks aimed at ending decades of war in Afghanistan made a brief visit Monday to Pakistan as relations between Islamabad and Kabul reached a new low. Zalmay Khalilzad’s visit came just hours after Afghanistan withdrew its ambassador from Pakistan. The US envoy met with Pakistan’s army Chief Gen. Qamar Javed Bajwa, but nothing was immediately known of their discussions.

Khalilzad arrived in Islamabad from Qatar where the Taliban and Afghan government representatives have held two days of talks that ended late Sunday, with a promise by the warring sides to meet again. It was the highest level of talks so far, aimed at jumpstarting a peace process that has stagnated for months while fighting inside Afghanistan soared as the U.S. and NATO complete their troop withdrawal.

Khalilzad had expressed hope that the sides would agree even to a temporary truce — to mark the most important Islamic holiday, Eid al-Adha or “Feast of Sacrifice,” which begins on Tuesday in most Muslim countries. Instead, the talks ended with a communiqué that offered little prospects of an end to fighting anytime soon. It promised more high-level talks and offered promises of greater protection for Afghan civilians caught in the crossfire and for infrastructure. 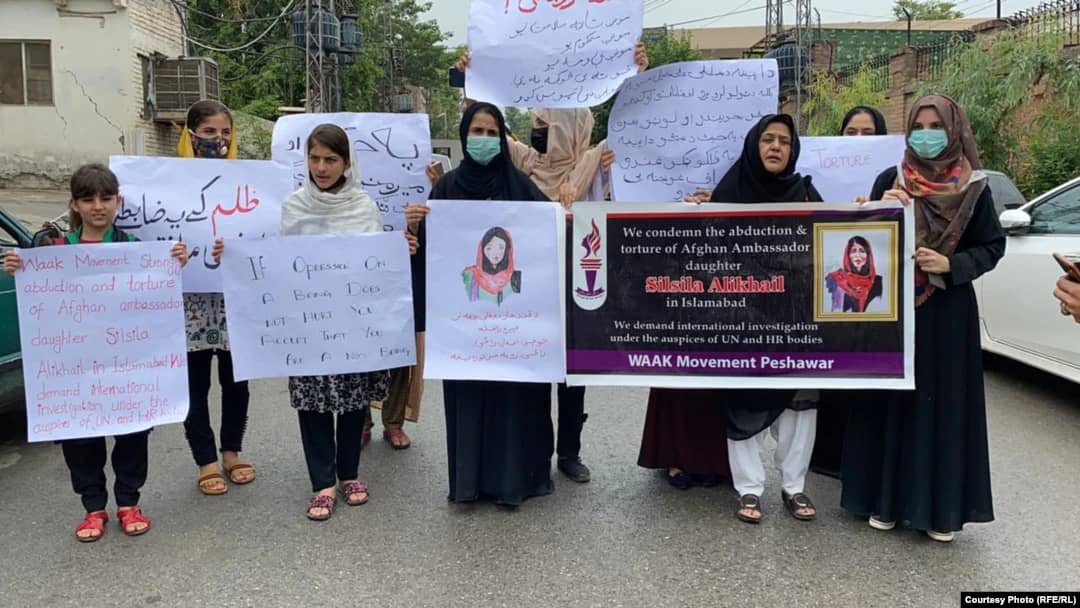 Last week, Khalilzad attended an international conference in Uzbekistan that tried to find a resolution for the rapidly deteriorating situation in Afghanistan but the gathering did not produce a roadmap to end the fighting. Pakistan is seen as key to peace in Afghanistan.

Also, Turkmenistan continues to send heavy weaponry, helicopters, and other aircraft to areas along the Turkmen-Afghan border to allay security fears as Taliban fighters engage in major offensives nearby in northern Afghanistan. “Military officers and law enforcement officials have started hastily sending their wives and children out of Mary, which caused panic among local people. Many residents of the region would like to leave the area along with their children for Ashgabat or even farther, to the Balkan region. But nobody is allowed to leave the region,” one of the residents of the region told RFE/RL. The Turkmen government has made no announcement about increased security. Turkmenistan shares an 800-kilometer border with Afghanistan, where the security situation has deteriorated sharply as Taliban fighters advance on provincial centers and even some border crossings.

In fact, Russia, Uzbekistan and Tajikistan will hold joint drills at Tajikistan’s Kharb-Maidon practice range 20 km from the border with Afghanistan on August 5-10, Russia’s Central Military District Commander Colonel-General Alexander Lapin announced on Monday. “In early August, we will take part in a joint exercise that will involve military contingents of the armed forces of the republics of Tajikistan and Uzbekistan at the Kharb-Maidon practice range. In the course of the drills, we will practice preparations for combat operations by a grouping of forces to rout outlawed armed gangs that have intruded into the territory of an allied state,” the commander said.

The commander did not disclose the strength of the troops that would be engaged in the drills. As the press office of the Central Military District specified, the Russian military contingent in the drills would mostly comprise units of Russia’s 201st military base stationed in Tajikistan, including mountain motor rifle, tank and artillery troops, and also groups of a special operations force of the Central Military District. Also, Russian radiation, chemical and biological protection troops and mobile electronic warfare groups will be involved in the drills.