Kabul: During his visit to Herat province, President Mohammad Ashraf Ghani chaired a senior security meeting on Monday morning after entering the 207th Zafar Corps and inspecting the ceremonial unit.

Also, President Ashraf Ghani’s wife, the first lady, Rula Ghani, in her Eid message, said, “The Taliban are using the mass media to create anxiety among the country’s citizens. In today’s situation where we are facing the cowardly attacks of the enemies of this land, as your spiritual mother, I ask you to be strong and steadfast, like Prophet Ibrahim, in the face of danger. This is our land and yours; so we need to join hands and get through this situation.”

She also called on the people not to allow their enemies to repeat the dark history of the past once again. According to the official calendar of Afghanistan, tomorrow, Tuesday, is the first day of Eid al-Adha.

Meanwhile, a credible security source in Kandahar province has confirmed that gunmen have killed the two sons of Fada Mohammad Afghan, a member of the provincial council. The source, who did not want to be named, told Etilaat Roz daily that the incident took place on Sunday night in the Spin Boldak district of the province. The source explained that the gunmen first took Fada Mohammad Afghan’s sons out of the house and then killed them. He stressed that the perpetrators of the incident have not yet been identified.

The source said the sons of the Kandahar provincial council member may have been killed by the Taliban, who control the Spin Boldak district. The Taliban have not yet commented on the matter.

This comes even as the “Afghanistan, Peace and Sustainable Security” conference begun on Monday with a speech by Ali Akbar Velayati, secretary-general of World Assembly of the Islamic Awakening. During the conference initiated by the Islamic Republic of Iran and hosted by the World Assembly of Islamic Awakening, more than 40 Afghan figures and representatives from Afghanistan’s neighbors and regional states, including Pakistan, China, Russia, Uzbekistan, Kyrgyzstan, Tajikistan, Turkmenistan, and Iran, will give a speech. The main point of the meeting is to focus on negotiations in the “process of developments in Afghanistan.”

During the conference, a top advisor to the Leader of the Islamic Revolution said that the US has “sinister intentions” for Afghanistan but Afghan elites will foil all of them. Slamming the US’s military campaign in Afghanistan and 20 years of occupation, Ali Akbar Velayati said, “America has committed severe crimes and left behind great losses in Afghanistan instead of bringing development, and prosperity and now, the US is leaving the country with humiliation. Although they are still trying to destroy the remaining prosperity and divide the people of Afghanistan with evil provocations, the elites and intellectuals of Afghanistan will thwart these conspiracies as they know the US’s sinister intentions.” The Secretary-General of the World Assembly of Islamic Awakening made the remarks on Monday while addressing the conference in Tehran. The history of Afghanistan is full of sacrifices and resistance of its people against colonialists and occupiers, from Soviet Army to US and NATO occupation, he added.

The Afghan people have always stood against any aggression or excessive demand and the armies of the West and the East, that have been armed to the teeth, have failed against the will and resistance of these people, Velayati noted. The Islamic Republic of Iran has always called for strengthening brotherly ties with the Afghan nation that has had a major role in the Islamic civilization, said the advisor. The experience of the past 40 years shows that provocations by foreign states had led to the eruption of war between different ethnic groups; the same groups that had lived here peacefully for hundreds of years, he added. 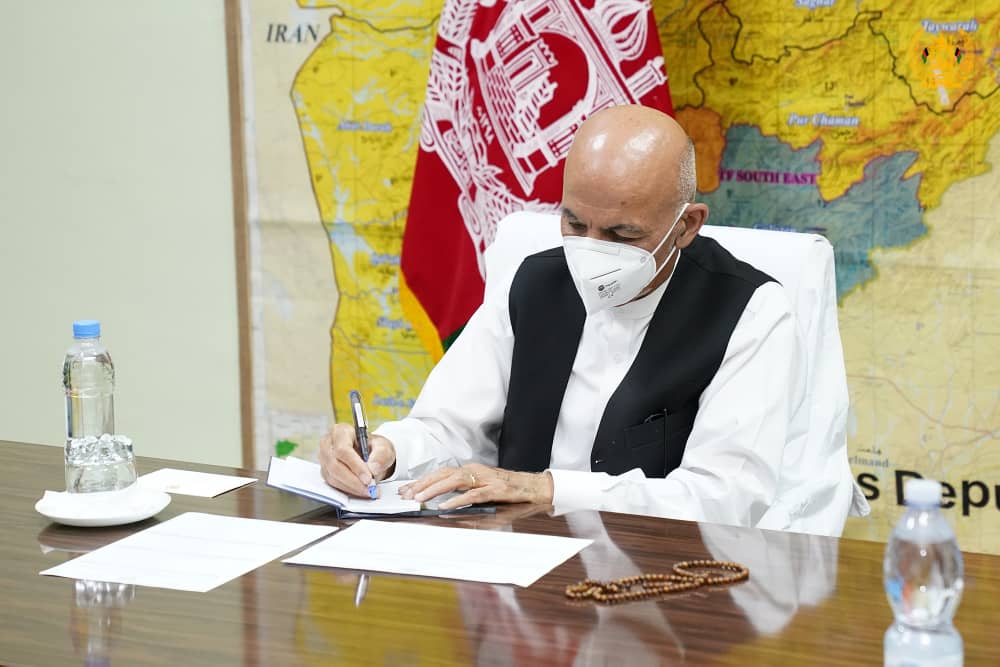 In other news, in a telephone conversation with Pakistani Foreign Minister Shah Mahmood Qureshi, Foreign Minister Mohammad Hanif Atmar discussed how to investigate the abduction and torture of Silsila, daughter of Najibullah Alikhel, Afghanistan’s ambassador to Pakistan. According to the Foreign Ministry, the conversation took place on Monday. Atmar expressed concern over the remarks made by the Pakistani interior minister, saying that unprofessional comments and premature judgments severely damaged bilateral relations and the validity of ongoing investigations.

The Foreign Minister added that Afghanistan is ready to cooperate with the Government of Pakistan in advancing the investigation into the arrest and trial of the perpetrators of this incident and ensuring the security of Afghan political missions and diplomats in that country. The Foreign Ministry said a delegation would also travel to Pakistan to co-operate in investigating the incident.

Atmar said that in the light of the delegation’s findings, further steps will be taken regarding the return of the Afghan ambassador and diplomats. Pakistani Foreign Minister Shah Mahmood Qureshi also said that the incident was being taken seriously, as was the case with the children of Pakistan. He said that under the direct guidance of the Prime Minister of Pakistan, the investigation into this matter will be completed soon and its implementation will be clear.

Qureshi also assured the Foreign Minister of the country’s efforts to ensure the security of Afghanistan’s political missions and diplomats. Recently, following the abduction and beating of the daughter of the Afghan ambassador in Islamabad, the Afghan government summoned its ambassador and senior diplomats from Islamabad to Kabul.

Meanwhile, Foreign Minister Mohammad Hanif Atmar met this morning with U.S. Chargé d’Affaires Ross Wilson to discuss strengthening bilateral relations, the latest developments in the peace process, and signed the agreement to transfer land and property in the southern part of the U.S. Embassy. At the beginning, Atmar thanked the United States for its assistance to Afghanistan in various areas, in particular the delivery of 3.3 million doses of Covid 19 vaccine manufactured by Johnson & Johnson Pharmaceutical Company and its first shipment to the country. Atmar also spoke about the importance of continuing cooperation between Kabul and Washington in the post-withdrawal phase of the Resolute Support forces from Afghanistan, and the new chapter in Afghanistan’s relations with the international community.

Wilson also assured Atmar of continued U.S.’s economic, political, military, and security assistance, and of US support for the peace process and a political solution to the Afghan problem. At the end of their meeting, Atmar and Wilson signed an agreement on the transfer of property located in the southern part of the U.S. Embassy, and exchanged documents.

Also, Nangarhar’s provincial officials say the tightening of checkpoints across the city is part of special measures for Eid al-Adha, and first-degree security measures have been put in place, so that people can happily celebrate Eid. Provincial Police Chief Sultan Daud Sultan said all forces were ready to provide security for the people during Eid, and assured all Nangarharis that heightened measures have been taken in both the districts and Jalalabad city.