Kabul: The Ministry of Defense (MoD) on Monday announced that the defense forces, security forces and popular uprisings have recaptured Dara-i-Suf Bala district in Samangan province from the Taliban.

Munir Rahimi, spokesman for the Samangan police, said that Amir Shahidullah, the Taliban’s deputy district governor for the district, and four of his bodyguards had been killed in the operation by government forces and uprising forces.

However, local sources in Nijrab district of Kapisa province reported that after several days of fierce fighting between Taliban fighters and security forces, the district finally fell to the Taliban on Sunday night. Sources said that security forces have been relocated to Tapa Nijrab area and are trying to re-liberate the district from Taliban control.

Also, Deh Rawood district was the sixth district in Uruzgan province that fell to the Taliban last night. All districts have fallen within a week. Provincial Governor Mohammad Omar Sherzad said that security personnel from Deh Rawood district arrived in Tarinkot city last night. The Taliban have also claimed to completely control the district. This comes as Tarinkot, the provincial capital, is surrounded from all directions, whilst all other areas of the province are under Taliban control.

Meanwhile, Abdul Zahir Faizada, the governor of Ghor, told BBC that the Taliban had “closed” water supply to residents of the Dawlat Yar district since the past 12 days. He said that the Taliban’s aim was to “threaten” the people of district. 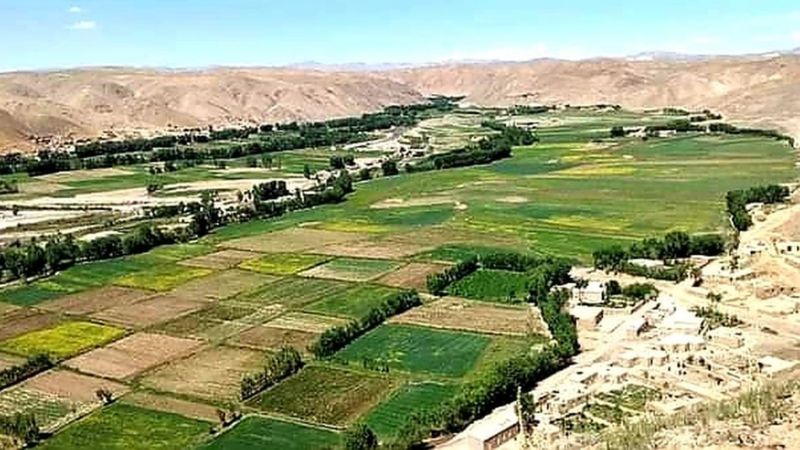 About two weeks ago, local officials in Ghor province announced that hundreds of residents of the district had mobilized against the Taliban and expressed their support for the security forces. Governor of Ghor claimed that the blocked water canal is 25 kilometers long and irrigates about 5,000 acres of peasant land. According to him, one thousand families use it for drinking water and 1,200 gardens are irrigated. He said the Taliban had “planted mines” by closing the canals.

Agriculture in the district is said to have been “severely damaged” by the water cut. The people have called for the help of government and charitable organizations to solve this problem and called on the government to ensure the security of this section.

In other news, at around 8:30pm on Sunday, a remote-controlled mine which was attached to the car of Mohammad Nabi, the father of Abdul Rauf, a 10-year-old boy in Balkh who has been held captive for months, exploded. Officials at Abu Ali Sina Hospital in Balkh said that four people were killed and three injured in the blast.

Mohammad Nabi confirmed the killing of his nephew and his driver in the incident, adding that those killed and wounded were all among his relatives. Adel Shah Adel, spokesman for the Balkh Police, confirmed the incident and told Salam Watandar that the bomb attached to Abdul Rauf’s father’s car went off in an alley near his house in the PD9 of Mazar-e-Sharif. According to him, three people were killed and four others were injured in the blast.

Adel Shah Adel added that Mohammad Nabi himself was not in the car at the time of the explosion, and reports from the NDS investigation team indicate that the explosion was caused by a remote-controlled mine. Recently, unknown individuals threw a hand grenade at Mohammad Nabi’s house at night; but no one was injured in the incident.

Abdul Rauf, a 10-year-old boy from Balkh, has been held hostage for about nine months now, and security forces have not been able to rescue him yet.