Kabul: The Afghan Ministry of Interior (MoI) on Saturday announced that night curfew has been imposed in 31 provinces to prevent Taliban insurgency. Ahmad Zia Zia, the ministry’s deputy spokesman, told VOA that Kabul, Nangarhar and Panjshir provinces were exceptions.

Zia added that after this, movement of people in these 31 provinces will not be allowed from 10 pm to 4 am. He called on the citizens of this country to refrain movements after 10pm in their cities and neighborhoods. The deputy spokesman for the Afghan Ministry of Interior added, “Terrorist groups often carry out terrorist acts and acts of destruction in the late hours of the night, so it was decided to impose a series of restrictions on the movement of people by night to prevent this situation.”

Zia stressed that the police have taken steps to implement this plan. Meanwhile, Taliban movements have increased in some provinces, and according to Afghan security agencies, fighting between Afghan troops and Taliban fighters is ongoing in more than ten provinces.

The Afghan Ministry of Defense says that in the past 24 hours, Laghman, Nangarhar, Nuristan, Kunar, Ghazni, Paktia, Kandahar, Herat, Balkh, Jawzjan, Helmand, Kunduz and Kapisa provinces have witnessed clashes between the two sides. The ministry added that 262 Taliban fighters had been killed and 176 wounded in the past 24 hours. Also, Takhar’s provincial police reported that the Taliban launched attacks against three areas in Taloqan city last night, which the ANDSF and people’s forces repulsed, and killed seven Taliban insurgents, including two ringleaders, and wounded 10 others.

“It was dangerous to send Nawaz Sharif out of Pakistan, because such people are collaborating in international conspiracies,” Chaudhry twitted. He called Mohib “the biggest ally of Raw (India’s intelligence agency) in Afghanistan” and said that the former Pakistani prime minister’s meeting with Afghanistan’s national security adviser was “an example of such an act”. The Tehreek-e-Insaf Pakistan, led by Prime Minister Imran Khan, also shared the tweet.

Mohib or Nawaz Sharif have not yet commented on the remarks. Relations between Afghanistan and Pakistan have been strained recently, especially following the abduction of the daughter of the Afghan ambassador to Islamabad.

Meanwhile, the 6:30am security meeting was chaired by President Mohammad Ashraf Ghani and attended by First Vice-President Amrullah Saleh at the Presidential Palace. The Presidential Palace announced that the meeting was held on Saturday morning, and the President, referring to the function of these meetings, said that by improving coordination between departments; the status of the police has increased, the municipality is carrying out its work with seriousness and determination, and the functions of Kabul province have improved.

The President said that this meeting has created a narrative for Kabul, and according to him, the narration of Kabul is the narrative of the whole nation, it should be strengthened and implemented throughout the country. President Ghani has said that security in the four districts around Kabul has improved. He stressed that significant progress has been made in the fight against serious crimes, in close coordination with the prosecutor’s office and in pursuing every case down to the smallest detail, as well as in caring for the families of the martyrs.

Meanwhile, Rahmatullah Nabil, the former director of National Directorate of Security, said that if the Afghan government does not liberate Kandahar’s Spin Boldak district as soon as possible, at least 1,000 Pakistani militias and foreign terrorists would be allowed to enter the country every day and go to different provinces and prepare for war. Nabil wrote on his Facebook page on Friday night that the conspiracies are very big and should be stopped with proper management.

He added, “Currently, all terrorist recruiting centers are under the direct supervision and management of Lashkar-e-Taiba, Jaish-e-Muhammad and the Mujahideen Party led by Hafez Saeed, Salahuddin, Abdul-Rahman Maki and other terrorist organizations and are raising money from all countries that are behind the spread of extremism in the region in pursuit of their goals.” 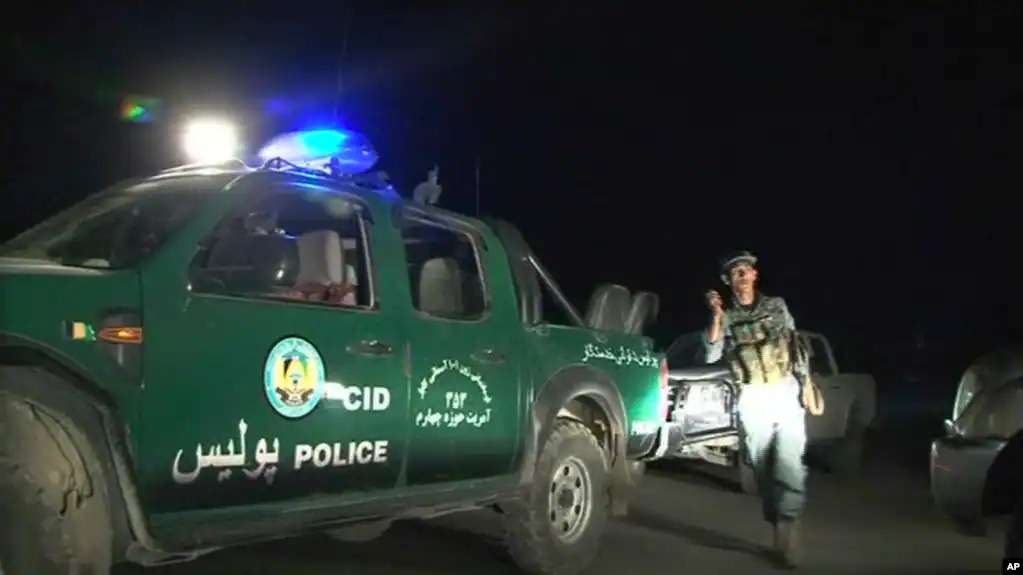 Calling the leaders of the Afghan government, Nabil said, “Wake up and do not waste the last chance to save the country and do not rely on foreigners anymore.” For several days now, the Spin Boldak district of Kandahar province has been under the control of Taliban fighters.

On the other hand, Tajikistan said that it was ready to accept up to 100,000 refugees from Afghanistan, where the Taliban have claimed huge military gains as US-led troops withdraw. The Central Asian country former Soviet country is working with international organizations to prepare for an influx of Afghans, the deputy head of Tajikistan’s emergencies committee Emomali Ibrokhimzoda told a press briefing.

Ibrokhimzoda said it was “currently possible to receive and place about 100,000 refugees from Afghanistan” at military training grounds in the country. Tajikistan is storing tents, bedding and other materials for potential refugees. He added that it could absorb more refugees if necessary. Tajikistan shares a border of around 1,300 kilometres (810 miles) with Afghanistan. The Taliban took control of the main crossing with Tajikistan in June.

On Thursday it checked the combat readiness of its soldiers in the biggest such exercise ever in the country, while Russian tanks arrived at training grounds near the border with Afghanistan ahead of joint army drills. The tanks were deployed from Moscow’s base in Tajikistan, whose neighbor Uzbekistan is expected to join the two countries for the drills that begin on August 5. Russian foreign ministry official Zamir Kabulov said that the drills would be a “signal” to Central Asian populations that the situation in Afghanistan will not threaten the region.

Also, Turkey’s Parliament Speaker Mustafa Şentop said on Thursday that Ankara aims to establish and maintain peace in Afghanistan through its recent efforts and initiatives. Şentop and Mir Rahman Rahmani, the speaker of Afghanistan’s House of the People, had a phone conversation on the occasion of the Muslim holiday Qurban Byram, also known as Eid al-Adha, according to a statement by Turkey’s Parliament Speaker’s Office. During their talk, Şentop and Rahmani exchanged holiday greetings and discussed bilateral relations. “We believe that peace will prevail in Afghanistan and be lasting,” said Şentop.

Underlining that this year marks the centennial of diplomatic relations between Turkey and Afghanistan, Şentop said: “In this special year, Turkey sincerely hopes that our Afghan brothers and sisters will reach the peace, tranquility and stability they have been waiting for so long.” Stressing that Turkey has closely followed recent developments in Afghanistan, Şentop said, “The safety of the Afghan people will always be one of the top priorities for Turkey in any dialogue conducted in this sensitive process.”

Rahmani, for his part, said, “We support all initiatives taken by Turkey for safeguarding Kabul airport (Kabul Hamid Karzai International Airport). We believe that the Turkish Armed Forces would better assure the security of the airport than other countries.” Rahmani thanked Turkey for its recent efforts to establish lasting peace in Afghanistan, saying they reflect the longstanding historical ties between the two countries. “The Afghan parliament stands by Turkey,” Rahmani said.

Homayoun Nazari, head of the Committee to Protect Journalists in Herat, told Hashte Subh daily that the government was expected to share information with the media in a critical situation. Qadir Shahin, representative of the National Union of Journalists of Afghanistan in Herat, believes that the situation of access to information in Herat, Farah, Ghor, Badghis and Nimroz provinces is “critical” and very bad, challenging journalists and the media.