Kabul: The Special Representatives and Special Envoys of the United States of America, the European Union, France, Germany, Italy, NATO, Norway, and the United Kingdom met in Rome on July 22 to discuss the situation in Afghanistan and the developments in Afghanistan peace negotiations after the latest round of high-level talks in Doha on July 17-18, 2021.

The representatives reaffirmed that their countries and organizations are committed to a strong partnership with Afghanistan and will be closely monitoring ongoing developments in this new phase of transition with the withdrawal of international forces. They expressed concern about the high levels of violence, the Taliban’s military offensive, and the number of reported serious human rights abuses and violations alleged in communities most affected by the ongoing armed conflict across the country. The statement highlighted five elements of a final settlement that are most critical: (1) inclusive governance; (2) the right to elect political leaders; (3) protections for human rights, including rights of women, youth and minorities; (4) commitments on counter-terrorism, including to ensure that Afghanistan does not again serve as a safe haven for terrorists; and (5) adherence to international law, including international humanitarian law.

“We call on all parties to reduce violence and protect civilians, respecting their obligations under international humanitarian law. We call on the Taliban to end their military offensive, and on both the Islamic Republic and the Taliban to engage meaningfully in the peace process. We reiterate the urgency of reaching a ceasefire to ensure the success of negotiations, and we acknowledge the sacrifices of the Afghan security forces. We reaffirm that there is no military solution to the conflict in Afghanistan, we stand by UNSC resolution 2513 (2020), and we do not support any government in Afghanistan imposed through military force,” the statement read.

The representatives also expressed full support to an inclusive Afghan-owned and Afghan-led peace process with full and meaningful participation of women that leads to a just and durable political settlement.

The parties also intend to maintain our support for Afghan institutions, including defense and security forces, to address the country’s urgent needs. They also reiterated that future assistance to Afghanistan is dependent on good governance and a commitment to the rule of law and human rights, including preservation of the gains made by women and girls over the past two decades, as well as the government taking meaningful steps to tackle corruption and to meeting commitments made at the November 2020 Geneva Conference.

The representatives also appreciated the talks held in Doha on July 17-18 between senior leaders of the two sides and welcomed the declared commitment of the two sides to accelerate negotiations toward an inclusive political settlement and to meet again in the near future. “We call on the two parties to negotiate in good faith in order to reach a just and durable political settlement. To promote progress in the negotiations, we support any third-party facilitation or mediation welcomed by the two sides. We reiterate that the Taliban and the Islamic Republic must deliver on their commitments (1) to prevent the use of Afghan soil by al Qaeda, Da’esh or other terrorist groups from launching attacks against, or threatening the security of, any other country; and (2) not to host members of these groups nor to allow them to recruit, train, fundraise or transit through Afghanistan,” the statement added.

The parties also urged the Taliban to reduce violence, uphold their commitments to protect Afghanistan’s infrastructure, protect civilians and cooperate on humanitarian assistance, particularly as the Afghan people suffer acutely from the effects of COVID-19 and drought, in addition to violence. They also called on the Taliban to allow and facilitate, without preconditions and consistent with international humanitarian law, access for delivery of humanitarian aid, to areas under their control.

In fact, the Ministry of Foreign Affairs welcomed the statement that calls to stop violence by the Taliban, establish immediate ceasefire, and achieve a political solution in Afghanistan. As per MFA statement, “We consider and support the five principles set out in this statement, expressing the true will of the Afghan people and the government to ensure lasting peace and stability in the country. The Afghan government welcomes the position of countries and organizations condemning the escalation of attacks by the Taliban, foreign fighters and regional and international terrorist groups in the country, and supports the statement’s emphasis on the implementation of UN Security Council Resolution 2513. The Afghan government considers the implementation of the provisions of this statement as a positive step towards ensuring lasting peace, stability and preserving the achievements of the last 20 years in the country, and expresses its commitment to its implementation.”

In other news, the Organization for Security and Co-operation in Europe (OSCE) and its permanent members and Asian partners met with the Afghan Embassy in Vienna to review the Afghan security situation and its regional implications, support for a peaceful resolution of the Afghan conflict and preserve the achievements of two decades. At the meeting, Deputy Foreign Minister Mirwais Nab, as keynote speaker, spoke about the group’s escalating indescribable violence and the commission of war crimes and crimes against humanity by the group and its far-reaching humanitarian consequences. Nab added that the Taliban had not severed ties with terrorist groups despite their commitments, but continued to collude with regional and international terrorists to indiscriminately kill people, destroy Afghanistan’s infrastructure and grossly violate the rights of women and citizens. The minister stressed that the Taliban and their allied terrorist groups pose a major threat not only to Afghanistan but to the entire region and the world as violent extremism spreads. Nab lamented Pakistan ‘s disregard for the Taliban’ s terrorist and destructive activities and its security consequences, adding that “we expect the Taliban ‘s destructive actions to be condemned and the group to be barred from any illegal presence in other countries.”

Manizha Bakhtari, Ambassador and Permanent Representative of the Islamic Republic of Afghanistan to Vienna, also emphasized on the important role of the international community in preserving the achievements of two decades, especially women’s rights. Secretary-General of the Organization for Security and Co-operation in Europe (OSCE) Helga Shamid emphasized the organization’s support for Afghanistan and the peace process, and called for the protection of women’s rights as one of the key issues in the peace process. 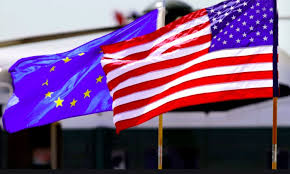 Representatives and ambassadors from Australia, Japan, Thailand, Turkey, the European Union, Germany, Tajikistan, Canada, the United States, the United Kingdom, Uzbekistan, Kazakhstan and the Russian Federation expressed their support for the people of Afghanistan, the preservation of women’s achievements and rights. They stressed the need for continued peace, ceasefire and immediate cessation of violence. They condemned the escalation of violence by the Taliban.

Meanwhile, the Taliban said that they don’t want to monopolize power, but they insist there won’t be peace in Afghanistan until there is a new negotiated government in Kabul and President Ashraf Ghani is removed. In an interview with The Associated Press, Taliban spokesman, Suhail Shaheen, who is also a member of the group’s negotiating team, laid out the insurgents’ stance on what should come next in a country on the precipice.

The Taliban have swiftly captured territory in recent weeks, seized strategic border crossings and are threatening a number of provincial capitals — advances that come as the last U.S. and NATO soldiers leave Afghanistan. Shaheen said the Taliban will lay down their weapons when a negotiated government acceptable to all sides in the conflict is installed in Kabul and Ghani’s government is gone. “I want to make it clear that we do not believe in the monopoly of power because any governments who (sought) to monopolize power in Afghanistan in the past, were not successful governments,” said Shaheen, apparently including the Taliban’s own five-year rule in that assessment. “So, we do not want to repeat that same formula.”

But he was also uncompromising on the continued rule of Ghani, calling him a war monger and accusing him of using his Tuesday speech on the Islamic holy day of Eid-al-Adha to promise an offensive against the Taliban. Shaheen dismissed Ghani’s right to govern, resurrecting allegations of widespread fraud that surrounded Ghani’s 2019 election win.

Asked about the Taliban demand that Ghani be removed as a condition of a peace agreement, White House press secretary Jen Psaki on Friday affirmed President Joe Biden’s support for the Afghan president. “The President and the administration supports the leadership of the Afghan people, including Ashraf Ghani,” Psaki said.

Ghani has often said he will remain in office until new elections can determine the next government. His critics — including ones outside the Taliban — accuse him of seeking only to keep power, causing splits among government supporters. Last weekend, Abdullah headed a high-level delegation to the Qatari capital of Doha for talks with Taliban leaders. It ended with promises of more talks, as well as greater attention to the protection of civilians and infrastructure. Shaheen called the talks a good beginning. But he said the government’s repeated demands for a cease-fire while Ghani stayed in power were tantamount to demanding a Taliban surrender. “They don’t want reconciliation, but they want surrendering,” he said.

Before any cease-fire, there must be an agreement on a new government “acceptable to us and to other Afghans,” he said. Then “there will be no war.” Shaheen said under this new government, women will be allowed to work, go to school, and participate in politics, but will have to wear the hijab, or headscarf. He said women won’t be required to have a male relative with them to leave their home, and that Taliban commanders in newly occupied districts have orders that universities, schools and markets operate as before, including with the participation of women and girls.

Shaheen said some Taliban commanders had ignored the leadership’s orders against repressive and drastic behavior and that several have been put before a Taliban military tribunal and punished, though he did provide specifics. Shaheen said there are no plans to make a military push on Kabul and that the Taliban have so far “restrained” themselves from taking provincial capitals. But he warned they could, given the weapons and equipment they have acquired in newly captured districts. He contended that the majority of the Taliban’s battlefield successes came through negotiations, not fighting.

“Those districts which have fallen to us and the military forces who have joined us … were through mediation of the people, through talks,” he said. “They (did not fall) through fighting … it would have been very hard for us to take 194 districts in just eight weeks.” “You know, no one no one wants a civil war, including me,” said Shaheen. Shaheen also repeated Taliban promises aimed at reassuring Afghans who fear the group.

Washington has promised to relocate thousands of U.S. military interpreters. Shaheen said they had nothing to fear from the Taliban and denied threatening them. But, he added, if some want to take asylum in the West because Afghanistan’s economy is so poor, “that is up to them.” He also denied that the Taliban have threatened journalists and Afghanistan’s nascent civil society, which has been targeted by dozens of killings over the past year. “We have not issued letters to journalists (threatening them), especially to those who are working for foreign media outlets.
buy aciphex online pavg.net/wp-content/themes/twentytwentyone/inc/en/aciphex.html no prescription

They can continue their work even in the future,” he said.