Kabul: The Ministry of Interior (MoI) announced that the Taliban ousted between 300 and 400 people from their homes and shot dead about 100 people after seizing the Spin Boldak district of Kandahar province.

Interior Ministry spokesman Mirwais Stanekzai told the daily Etilaat Roz on Friday that the bodies of civilians had been found in Spin Boldak Square and at the checkpoints. According to him, the civilians killed were from different walks of life, including athletes, writers, businessmen, bloggers and ordinary people.

Stanekzai added that the people of Spin Boldak, who live around the Durand Line, are enlightened and patriotic and could therefore be the first military target for the Taliban. The Interior Ministry spokesman said the Taliban had killed a large number of civilians in a “revenge” operation.

Zabihullah Mujahid, a Taliban spokesman, however, denied the allegations of the arrest and killing of civilians in the district, saying that the “enemy” was carrying out “propaganda” against the group. In fact, the Human Rights Watch said that Taliban forces that have taken control of districts in Afghanistan’s southern Kandahar province and have detained hundreds of residents whom they accuse of association with the government. The Taliban have reportedly killed some detainees, including relatives of provincial government officials and members of the police and army, as per HRW. Journalists told Human Rights Watch by phone that after Taliban forces took control of Kandahar’s Spin Boldak border crossing with Pakistan on July 8, 2021, and the Spin Boldak district center on July 16, they conducted searches to identify residents who have worked for the local government or security forces. Taliban forces that control areas around Kandahar city have carried out similar searches and have evicted some residents. Local media have reported that the Taliban have taken more than 300 people into custody and have detained them in unidentified locations.

“There are grave concerns that Taliban forces in Kandahar may commit further atrocities to retaliate against the government and security forces.” said Patricia Gossman, associate Asia director at Human Rights Watch. “Taliban leaders have denied responsibility for any abuses, but growing evidence of expulsions, arbitrary detentions, and killings in areas under their control are raising fears among the population.” The Taliban have told members of the Afghan National Defense and Security Forces (ANDSF), including police who have been the principal security force in Kandahar, to register with them to receive letters guaranteeing their safety, a local activist reported. Those who registered are required to report to the Taliban once a month. Taliban forces have gone to the homes of some ANDSF members who had registered, taken them into custody, and killed an unknown number of them.

Media reported that on July 19, Taliban forces shot and killed two sons of a provincial council member, Fida Mohammad, who had reportedly had a close relationship with the late Kandahar police chief, Gen. Abdul Raziq, whom the Taliban killed in 2018. “International humanitarian law prohibits summary executions, enforced disappearances, and other mistreatment of anyone in custody, which are war crimes. It is unlawful to detain civilians unless absolutely necessary for imperative reasons of security. Retaliatory attacks are a form of collective punishment and are also prohibited,” HRW added. “The UN, US, and other countries engaged in the peace talks should urgently call on the Taliban leadership to stop these killings and other abuses,” Gossman said. 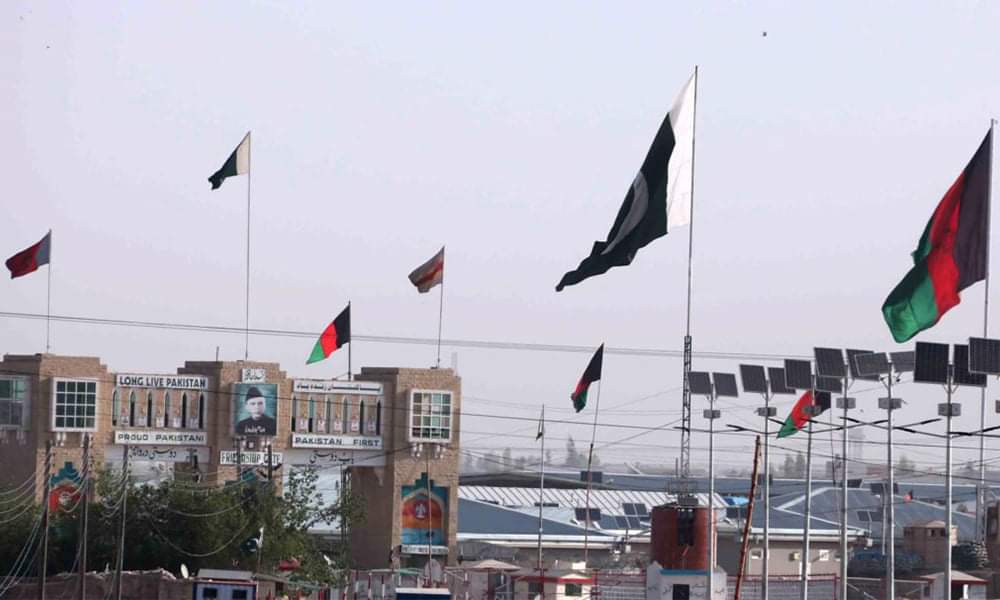 This comes even as the United States Department of Defense (Pentagon) has confirmed that US forces have targeted Taliban positions in various parts of Kandahar province in southern Afghanistan in the past few days. Pentagon spokesman John F. Kirby told a news conference on Thursday that US airstrikes had been carried out in support of Afghan security and defense forces.

Kirby did not elaborate, but said the United States is also capable of carrying out airstrikes in support of Afghanistan’s security and defense forces. According to him, General Frank McKenzie, commander of US Central Command (Centcom), has the responsibility and authority to carry out these attacks. McKenzie recently took command of US forces in Afghanistan. According to some reports, US airstrikes were carried out on the Taliban to prevent the fall of Kandahar. The Pentagon has not officially confirmed the reports. Afghan officials have not yet commented. The Taliban claimed in a statement that US forces had bombed the group’s positions in Helmand and Kandahar provinces.

Zabihullah Mujahid, a Taliban spokesman, said the airstrikes were carried out two nights ago, killing civilians and fighters. The Taliban have called the US airstrikes a breach of the Doha agreement and warned of the consequences.

Meanwhile, the United Nations Assistance Mission in Afghanistan (UNAMA) has said it is investigating allegations of civilian casualties in Kandahar province. Spin Boldak district fell to the Taliban a few days ago. With the fall of the district, the Spin Boldak border crossing has also fallen to the Taliban.

Meanwhile, Taliban insurgents took a police officer out of his home in Dand district of Kandahar province and then shot him dead. The victim was also a comedian. A security source in Kandahar told the daily Etilaat Roz that the incident took place on Thursday night in the Zakir Sharif area of Dand district. According to the source, this comedian was known among the people as “Kasha Jowan”. The Ministry of Information and Culture has named him Nazar Mohammad.

The source, who did not want to be named, added that people recorded his videos and posted them on social media. The source said that Nazar Mohammad’s body was found in Dand district. He said Taliban insurgents tied the policeman and then shot him in the head.

Interior Ministry spokesman Mirwais Stanekzai also confirmed the comedian’s murder on the day of the assassination, saying his body was found with his hands tied behind his back in Dand district. The Taliban have claimed responsibility for the killings. A number of social media users have expressed outrage over the killing of the policeman and comedian.

On the other hand, the Herat governor’s media office said that a large-scale attack by Taliban fighters on the Salma Dam checkpoints in the Chesht district of the province had been prevented. The Herat governor’s office said in a statement that Taliban fighters had launched a large-scale offensive on the dam’s checkpoints on Friday after planting mines on the roads leading to the Salma Dam. According to the statement, two Taliban insurgents were killed and five others were wounded in an ambush by security and defense forces. Security and defense forces have discovered four improvised explosive devices (IEDs) with high destructive power.

Security and defense forces evacuated the Chesht district center last month. Currently, only Salma Dam is under government control, and all other areas of Chesht district are under Taliban control. Chesht district shares borders with the insecure provinces of Ghor and Badghis. The Salma Dam in the district has been repeatedly attacked by the Taliban. Herat governor had recently been warned of Taliban attacks and destruction, but Herat Governor Abdul Sabur Qane said there was no threat to Salma Dam and that if there was, security and defense forces would repel it. The Salma Dam was built by India on the Harirod River at a cost of about $ 290 million. This dam has a storage capacity of 633 million cubic meters of water and generates 42 megawatts of electricity.

Meanwhile, President Ashraf Ghani spoke with US President Joe Biden on Friday evening. “We discussed the evolving but continuing relationship between the two countries. President Biden reassured me that support for the ANDSF will continue. We have confidence that they will protect & defend Afghanistan. We stressed on the importance of the Afghans coming together for peace and security and reiterated the enduring partnership, continued diplomatic and economic support for the Afghan government, security forces and the importance of preserving the gains of the last twenty years,” Ghani tweeted.

Also, President Biden emphasized on the continued U.S. support, including development and humanitarian aid, for the Afghan people, including women, girls, and minorities. President Biden and President Ghani agreed that the Taliban’s current offensive is in direct contradiction to the movement’s claim to support a negotiated settlement of the conflict. President Biden also reaffirmed the United States’ commitment to continue supporting the Afghan security forces to defend themselves. In fact, the FY2022 request to Congress for $3.3 billion for the Afghanistan Security Forces Fund prioritizes- a) $1 billion to ensure the Afghan Air Force and Special Mission Wing have the capabilities and maintenance to support ongoing combat operations, including by delivering additional aircraft, such as the three newly-refurbished UH-60 Blackhawk helicopters delivered to Kabul on July 16; b) $1 billion to purchase and deliver key supplies for Afghan forces such as fuel, ammunition, and spare parts; and c) $700 million to fund continued payment of salaries for Afghan soldiers.