Kabul: The Ministry of Interior (MoI) announced on Sunday that special police forces have arrested the mastermind of rocket attacks on Eid al-Adha prayer ceremony at the Presidential Palace.

MoI spokesman Mirwais Stanekzai said that the men had been detained in a targeted operation in the PD5 of Kabul. Stanekzai mentioned the main organizer as Momen, and said that he had been involved in several targeted terrorist attacks in Paghman district of Kabul. According to him, the detainees are all members of the Taliban. The Taliban have not yet commented on the matter. On Tuesday, when the Eid prayer was being held at the Presidential Palace, at least three rockets were fired near the Presidential Palace.

Meanwhile, Kabul police have confirmed that the bodies of five people who had been shot dead were found in Dasht-e-Naseri area of Guldara district of the province.

Ferdaws Faramarz, a spokesman for the Kabul Police Command, said that the bodies were found at 11am on Saturday. The men were reportedly shot dead in Shakardara district and their bodies were dumped in the Guldara district of Kabul. There are also reports that some of these individuals were members of the security and defense forces. 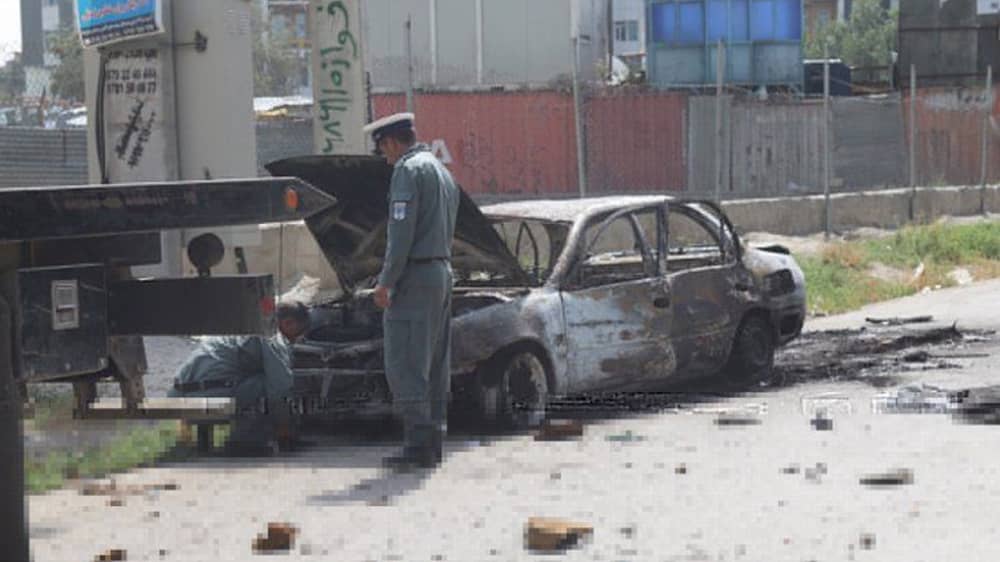 According to reports, which have not yet been officially confirmed by Kabul police, gunmen took the five out of the car and shot them in the Hajibek area of Shakardara district on Friday night.

Faramarz has not commented on the identities of the men or who shot them. He stressed that the joint security team has begun work to investigate the incident and identify the perpetrators. No individual or group has claimed responsibility for the attack.

Also, security sources in Jawzjan province said a religious scholar has been assassinated by unidentified gunmen in the provincial capital, Sheberghan. His name was Rafiullah. Ahmad Massoud Nadim, spokesman for the Jowzjan police headquarters, told the Etilaat roz daily that the incident took place at around 6:00 pm on Saturday in front of the Kart-e Mawlana Jalaluddin Mohammad Balkhi Grand Mosque. Nadim also said that the motive for the assassination had not yet been determined, but that efforts were being made to identify and arrest the perpetrators. The Ministry of Hajj and Religious Affairs has also confirmed his assassination.

In other news, the Afghan Ministry of Refugees and Repatriation said that the US government assistance to Afghan refugees will prioritize the basic needs of internally displaced people. The Afghan Ministry of Refugees and Repatriations said that the newly announced US assistance to Afghan IDPs will be spent on the growing number of internally displaced people.

US President Joe Biden has set aside $ 100 million to help Afghan refugees from his country’s emergency relief fund. Reza Baher, deputy spokesman for the Afghan Ministry of Refugees and Repatriations, told RFE / RL on Saturday night that the aid had not yet reached the Afghan government. Baher added that US aid might be provided through the Afghan government or through international aid agencies. He stressed that in any case, the basic needs of the IDPs are given priority.

“The assistance provided by the United States Government will be used to address the needs of the displaced. We are committed to addressing at least some of the humanitarian needs and basic needs of the displaced in a state of emergency,” he said. “We will use this aid as well, so that we can prevent a humanitarian catastrophe inside Afghanistan.”

According to the statistics of the Ministry of Refugees and Repatriations, in the current year 1400, the total number of displaced people has reached 42,000 families, which is estimated to be approximately 300,000 people in total. The number of displaced people has increased in recent weeks as battlefields heat up in various provinces. The White House said in a statement that the money was intended to help those refugees who have suffered as a result of the current situation in Afghanistan. According to the announcement, the aid will also include those who have applied for an immigrant visa to the United States.