Kabul: French Ambassador to Kabul, David Martinon, has said that the base for insurgency is in Quetta, adding that Afghan leaders and people should show unity against any foreign interferences.

“The base for insurgency is in Quetta, everyone knows that and that is a fact that cannot be discussed,” he told The Kabul Times, in response to a question on Pakistani support to Taliban insurgency, adding that the Taliban is seeking absolute power in the country. In an interview with The Kabul Times, replying to a question on release of Taliban prisoners and the intensification of war by the group, the French ambassador said: “Taliban want to control the country and they want to cease power; it is not about prisoners. It’s just an excuse and is just a fake reason.

“About lifting the UN sanctions, we see absolutely no reason to change our position on the question of release of the prisoners. But on these matters, we do not have a say, this is the responsibility of the Afghan government, and we understand that they are not prepared, fortunately, to release these five or seven thousand prisoners.” 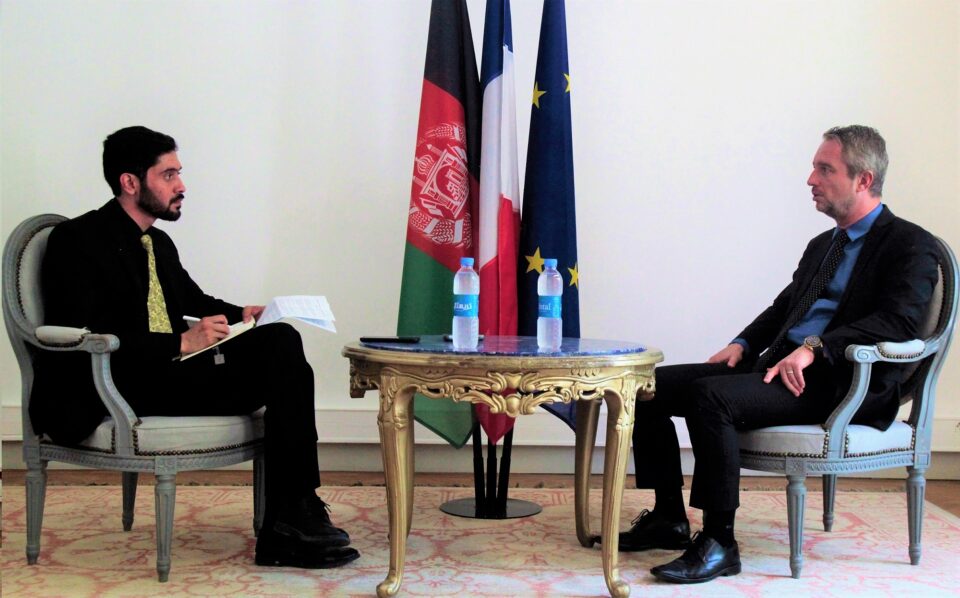 Hinting at destruction of infrastructure, Martinon said that they [Taliban] should start considering that this is their own country and avoid destruction of vital infrastructure. “There is no assurance that we will commit to do that again. When they destroy a bridge, how they can assure that this bridge will be rebuilt? If they destroy a road, how they will be assured that anyone will get interest to rebuild that, which was destroyed by Taliban?

“They should consider that this is their own country. If they pretend that they act on behalf of the Afghan people, they should have in mind, most of all the prosperity of their people,” he added, as per The Kabul Times. The ambassador also called on Taliban to respect the progress made so far.

“We call on the Taliban to respect the progress, the progress that Afghan people made during the last 20 years. We know that Afghan people are extremely attached to these rights. They may have been disappointed sometimes, but they do not want to go back to a regime that actually belongs to other centuries,” he added.

The remarks come at a time when the Taliban fighter have destroyed buildings, bridges, IT infrastructure and telecommunication towers in territories under their control. “The position of France on the delisting of the sanctions is that we haven’t got any indication that it would be to legitimate, according to international human rights, to lift these sanctions, precisely because of what the Taliban are doing now. If they want to see change in the position of the United National Security Council, maybe they should start changing their behavior and stop violating human rights,” he added.