Kabul: Afghan Army chief General Wali Mohammad Ahmadzai has postponed a visit to India this week amid the offensive by the Taliban in Afghanistan. Ahmadzai was scheduled to visit India on July 27 to meet senior political and military leadership, sources said.

The cancellation of the visit comes as Afghanistan is witnessing a surge in violence. Taliban has intensified its offensive against civilians, Afghan defense and security forces as foreign forces are withdrawing from the war-torn country. As the Taliban have taken control of several districts across the country, US intelligence assessments have suggested the country’s civilian government could fall to the terror group within months of US forces withdrawing.

Civilian casualties in Afghanistan in the first half of 2021 reached record levels with over 1,659 people killed and 3,254 others wounded, according to a UN agency. In recent weeks, the Taliban have carried out deadly attacks against Afghan forces and civilians. Since May, the terror group has taken control of crucial border crossings with Iran, Uzbekistan, Tajikistan and Pakistan.

Meanwhile, the 28th report of the analysis and monitoring team of the UN Security Council has once again confirmed the continuation of the Taliban’s relations with international terrorist groups, including al-Qaeda.

The al-Qaeda terrorist group is reportedly under Taliban protection in at least 15 eastern, southern and southeastern provinces of Afghanistan, and al-Qaeda in the Indian subcontinent is active in Taliban-held areas of Kandahar, Helmand and Nimroz. The report also adds that the Taliban have involved members of Central Asian terrorist groups, including the Islamic Jihad group, in their recent attacks in northern Afghanistan. The East Turkestan Islamic Movement, which is affiliated with al-Qaeda and is also active in Badakhshan against the Chinese government.

The Government of the Islamic Republic of Afghanistan has always insisted that the Taliban has not severed ties with regional and international terrorist groups. The Government of Afghanistan appreciates the UN Security Council’s documentation of the Taliban’s continued links with other regional and international terrorist groups in Afghanistan, and considers their activities in collusion with the Taliban as a serious threat to the region and the world. 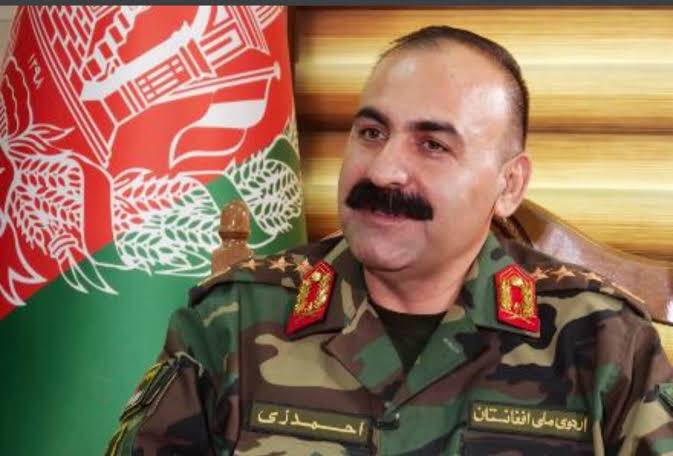 The Government of the Islamic Republic of Afghanistan, while appreciating the efforts of independent and credible international institutions to confirm the Taliban’s non-compliance with its international obligations and the Doha Peace Agreement, convened an extraordinary meeting of the UN High Commissioner for Human Rights and sent a UN fact-finding mission to investigate and prosecute violations.

Meanwhile, Taliban insurgents wanted to transfer ammunition, including 21 mortar shells, 36 rocket-propelled grenades and seven 82mm artillery shells, to the Kaldar district of Balkh province during the night which faced an ambush of the security forces under the leadership of Captain Ahmad Fawad Saleh, highway battalion commander of Balkh Province, in the Ab Ganda area of the Hairatan-Mazar-e-Sharif Highway, and seized the ammunition. The Taliban terrorist cell, which is considered to be transporting ammunition, escaped.

Also, Taliban attacks on Salma Dam have been repulsed once again. Jilani Farhad, spokesman for the governor of Herat, said that on Sunday night Taliban fighters attacked the Salma Dam checkpoints from two parts. According to him, these attacks have been repulsed by the security and defense forces stationed in Salma Dam. The spokesman for the governor of Herat added that five Taliban had been killed and seven others wounded in the clashes. He says no casualties were reported in the incident and some Taliban weapons were destroyed. The Taliban have not yet commented.

Also, according to the decision of the Military Coordination Council, in order to maintain public order from Tuesday, movements of vehicles with black tinted glass or black films on the windows have been prohibited in Farah province. Therefore, all owners have been asked to remove the glass tints and films before the due date.

Meanwhile, Abdul Sami Ghairatmal, head of the office of the Supporting open media in Afghanistan- Nai in Kandahar, told Salam Watandar that national security forces arrested a Xinhua/official Chinese government news agency photographer and three journalists from a local radio station called Saday Milat (Voice of the Nation) on Monday morning. The journalists, identified as Sanaullah Siam, Bismillah Watandust, Qudrat Sultani and Mujib Obaidi, went to Spin Boldak district on Sunday to cover an investigation and were detained at the entrance to the city. An employee of this radio company confirmed this news; but local Kandahar officials have not commented on it. Also, Nai Supporting Open Media in Afghanistan has recorded 44 cases of violence against journalists since January 2021, including murder, injury, arrest, beating, kidnapping, threat, insult, humiliation, attempts to kill/kidnap, forced expulsion, cellphone stealing and attack on the media.
The organization added that during the period, 10 journalists including a foreign national have lost their lives, a number of journalists have fled from insecure provinces to secure ones, and nearly 35 media outlets have been shut down in provinces where fighting is ongoing, whose employees are facing with financial problems due to unemployment.

In other news, Foreign Minister Mohammad Hanif Atmar held a farewell meeting with Gabriel Ferran, Ambassador of the Government of Spain in Kabul, after lunch on Sunday. The Foreign Minister thanked the Spanish Government for its cooperation with the Government and people of Afghanistan in various fields, including security and reconstruction, over the past two decades, and thanked him for effective efforts to maintain and strengthen Kabul-Madrid relations during his mission.

Appreciating the Foreign Ministry’s co-operation with the Spanish Embassy during its mission in Kabul, ambassador reassured the Foreign Minister that his country would continue to cooperate with Afghanistan, preserving the achievements of the past two decades in Afghanistan.

Meanwhile, with the request of the Ministry of Foreign Affairs to convene an extraordinary meeting of the Human Rights Council and to send a UN fact-finding mission to investigate and prosecute crimes against humanity in the country, the AIHRC reiterated the urgency in order to ensure justice for the victims, it emphasizes the need for a comprehensive agenda of this panel to address allegations of misconduct by all parties to the conflict in the country.

Following the brutal attack on the Sayyid al-Shuhada school, the Commission calls for an investigation by a team of independent UN investigators into this and other violations of international humanitarian law, in particular targeted killings of civil and media activists, attacks on educational facilities and ethnic minorities. In addition, the leadership of the Commission has always stated and pursued its demands in order to document as well as prevent such violations and violations in its speeches and views in international forums, meetings with local and international authorities and its press releases.