Kabul: The Attorney General’s Office AGO said that it had instructed security and intelligence agencies to launch an investigation into allegations of killing dozens of civilians and tribal elders in Kandahar’s Spin Boldak district, and to report their findings to the AGO.

According to media reports and human rights organizations, the Taliban have killed dozens of civilians in Kandahar’s Spin Boldak district after seizing the district. According to reports, more than 400 civilians were evacuated from their homes by Taliban insurgents overnight, killing about 100 of them. Most of the victims are reportedly from the Achakzai tribe and relatives of Abdul Raziq Khan Achakzai, the slain Kandahar police chief.

The Taliban group has denied the reports. The Attorney General said that according to international treaties, this unfortunate incident is a clear example of international crime and is explicitly criminalized in the Afghan Penal Code under the crimes of genocide and war crimes.

The Faryab police spokesman said the exact number of casualties from Taliban artillery attacks on Maimana had not yet been determined. But at least one person was killed and several others were taken to hospitals. The published images of this incident show that residential houses in the city of Maimana have been destroyed. The Taliban have reportedly carried out artillery attacks targeting the airport and army brigade stationed in Maimana. The Faryab police spokesman, however, said all Taliban artillery shells had hit civilian homes. The Taliban have not yet commented on the issue. 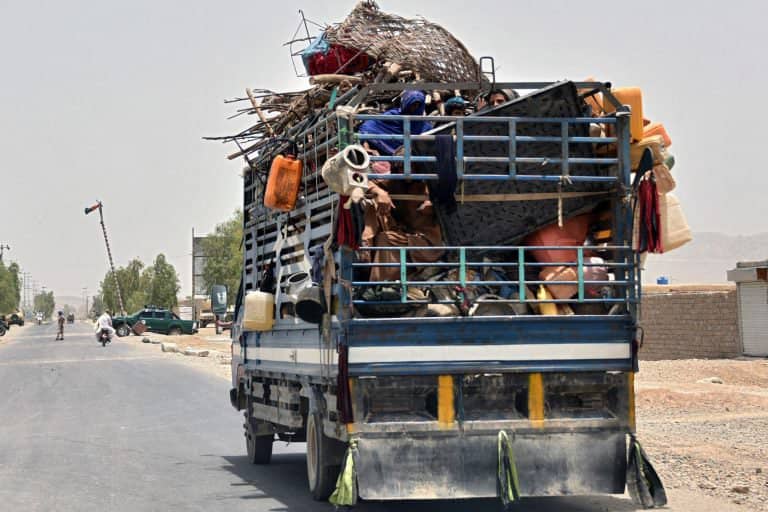 Also, as per reports, Taliban fighters are closer than ever to the industrial town of Herat province in Guzara district. Currently, Zinda Jan, Adraskan and Pashtun Zarghoon districts are under the full control of the Taliban and the group also controls parts of Guzara district. Based on the official statistics of the Herat Chamber of Industries and Mines, there are more than 300 production factories located in Herat Industrial Town, and among these, more than 170 factories are operating in the current situation and at the height of the wars, they supply some domestic products to the market. But Herat industrialists are strongly warning the government that they have only one option on the table when the war reaches the industrial town: blocking factories and sending the capital abroad.

Naqibullah Haqmal is in charge of the Barak Helmand production plant in the Herat industrial town. The factory produces motorcycle parts and a large part of the company’s products are sent to different provinces of the country, but now wars and insecurities have reduced both the level of production and the number of workers in this factory.

“The security situation in Herat, especially in the industrial town, is very bad. If this situation continues, we will have to close the gates of our factory,” he said.

“Herat is under siege by the Taliban on three sides, and there may be a war, and, this town will become the first battlefield between the government and the Taliban.”