The president, however, assured that the republic would be preserved because he believed that the international community stand by the people of Afghanistan. Ghani also praised the readiness of government agencies for a joint oversight and cohesion board meeting, saying that despite Afghanistan struggling with drought, the corona and war this year, inflation has risen by 3% and the economy by 1%.

According to him, this is good news for the people of the country. President Ghani has acknowledged that Afghanistan is facing an onslaught of international terrorism, with about 90 percent of foreign troops leaving Afghanistan. This comes as the mission of these forces in Afghanistan has been to fight international terrorism. At the same time as announcing the withdrawal of its troops from Afghanistan, the United States had said that the country had achieved its goals in the fight against terrorism.

On the other hand, Amrullah Saleh, the first vice-president, said that from a strategic point of view, the enemy of Afghanistan includes Pakistan, the Taliban and extremist groups. Saleh wrote in a note on his Facebook page on Monday, that Pakistan’s cross-border plan is carrying out an offensive, give strategic guidance and coordinate with the enemy’s red units. 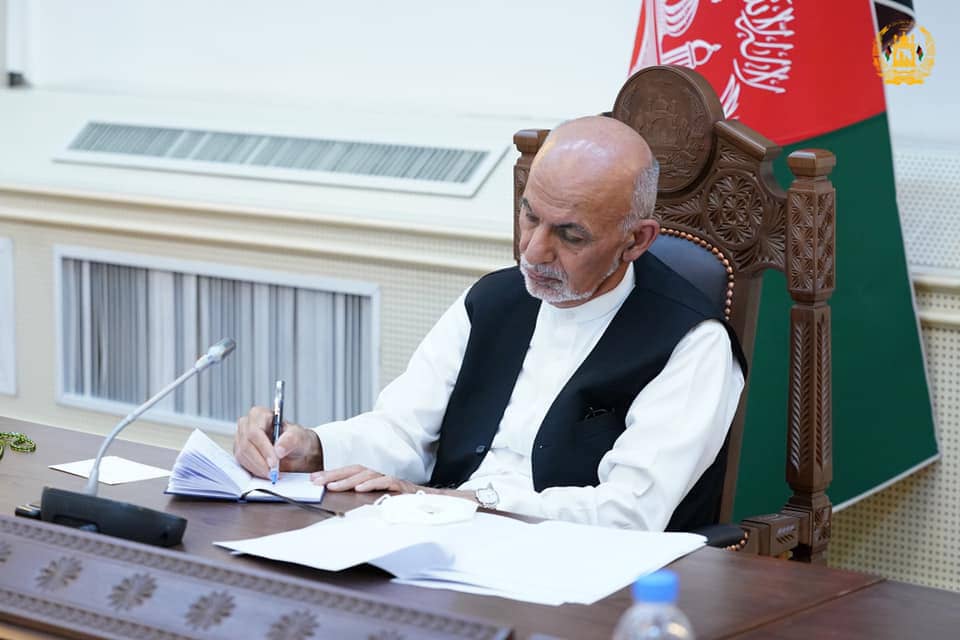 He said Pakistani intelligence is responsible for the uninterrupted supply of ammunition to the enemy in small convoys. The first vice-president said that Pakistani officials are issuing practical instructions to the enemy without being present at the scene, using communication tools and Google maps. He said that the enemy’s Red Unit is responsible for the offensive attacks and the intermittent and continuous blows. Saleh said that the Taliban were wearing red masks because they feared the consequences of their crimes, and that they are afraid to reveal their identities because they are not locals.

According to Saleh, there are three categories of foreign volunteers in the Taliban. According to him, one group is Lashkar-e-Taiba, which receives basic and advanced training from the Pakistani army and is better disciplined; then comes, the remnant of al-Qaeda which sees killing in Afghanistan as a gateway to paradise and then other groups are not very big, but the Taliban use their presence to intimidate and open the door to bargaining with the intelligence of countries, these three categories are included.

Saleh says that, given the information provided, the composition of the enemy forces is strategically consistent with Pakistan, the Taliban and extremist groups and terrorist networks. The first vice-president said that there was no change in the purpose and composition of the Taliban ideology and that it was dangerous to ignore them. Saleh said the vigilance and national unity of the Afghan people could defeat this notorious and murderous group.

Shinwari said there had been no change in the Taliban’s approach to the war and that the group continued to violate human rights and the rules of war. The spokesperson stated that the country’s security and defense forces have changed from a defensive state to an offensive state and will soon achieve many milestones on the battlefield. However, he stressed that the fight against terrorism is not only the responsibility of Afghanistan but of all countries in the world.