Kabul: Security officials in Kapisa province confirm that five Taliban fighters have been killed in an airstrike in Tagab district of the province. Abdul Shayeq Shoresh Kohistani, a spokesperson for the Kapisa Police, told the Etilaat Roz daily that the airstrike was launched on Monday by foreign forces in the village of Shahid Khel in Tagab district.

Kohistani added that the attack targeted a Russian tank belonging to the Taliban. He stressed that the killed Taliban fighters were inside the tank. The spokesperson for the Kapisa police also said that the Russian tank had also been destroyed in the attack by foreign forces. The Taliban have not yet commented.

In other news, Foreign Minister Mohammad Hanif Atmar met with Ambassador Jasper Wieck, Germany’s new Special Envoy for Afghanistan and Pakistan. Welcoming Wick and expressing appreciation for Germany’s cooperation with Afghanistan over the past two decades and its support for the country’s defense and security forces, the Foreign Minister welcomed the recent developments in Afghanistan, the importance of regional and global consensus in support of peace and cooperation.

Atmar emphasized on the importance of continued German support for Afghanistan and the peace process, and said that the escalation of violence, human rights abuses and the group’s failure to live up to its commitments to sever ties with terrorist groups led to the spread of extremism and the presence of international terrorist groups, and IS-K has spread in Afghanistan and the region. Ambassador also expressed his concern about the escalation of violence by the Taliban, assured the Foreign Minister of the continued cooperation and support of his country for the peace process and the preservation of the achievements of the last two decades in Afghanistan.

Foreign Minister Mohammad Hanif Atmar also met with Mohammad Ibrahim Taherian, Special Representative of the Ministry of Foreign Affairs of the Islamic Republic of Iran for Afghanistan, and his accompanying delegation, who visited Kabul. Appreciating the Islamic Republic of Iran’s reasonable stances in support of the peace process, the Minister of Foreign Affairs spoke about the cessation of violence, an end to arbitrary killings, torture of civilians and human rights violations in Taliban-held areas. “The presence of the Taliban and the escalation of violence by them will lead to the spread of extremism and the presence of international terrorist groups, including ISIS, in Afghanistan and the region.” 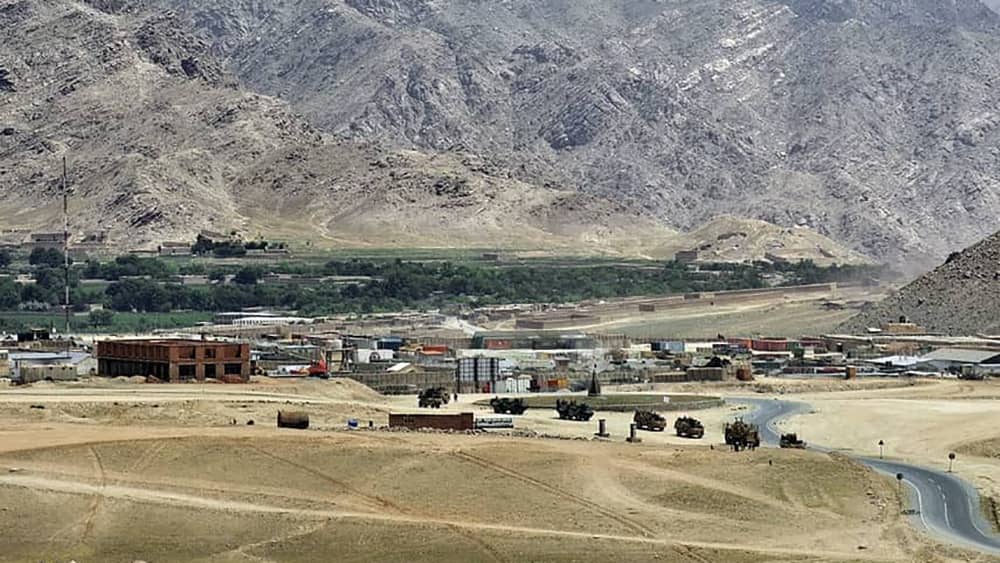 Also, Atmar discussed with Cihad Erginay, Ambassador of the Republic of Turkey to Kabul, the latest developments in the Afghan peace process and the expansion of economic relations. The Foreign Minister thanked Turkey for its support over the past two decades, especially its role in the Afghan peace process. Atmar spoke about the importance of the role of the ulema of the Islamic world in condemning the violence, establishing a ceasefire and ensuring lasting peace in Afghanistan, and stressed the role of the ulema of the world, especially Turkish ulema, in the success of the peace process. Referring to the Afghanistan-Turkey-Iran trilateral meeting on the sidelines of the Antalya Diplomatic Forum, the Foreign Minister stressed the importance of enhancing the level of economic cooperation between the two countries.

Ambassador also assured the Foreign Minister of the continuation of Turkey’s cooperation with Afghanistan in various fields, especially in ensuring peace and stability in the country, as well as Ankara’s interest in expanding trade and economic cooperation with Afghanistan. Afterwards, the Foreign Minister and Ambassador discussed the holding of the third meeting of the Joint Economic Commission of Afghanistan and Turkey.

Bismillah Watandost, Qudrat Soltani and Moheb Obaidi, the staff of Saday-e Milat” radio and Sanaullah Siam, the cameraman of the Xhinua Agency, were arrested on Monday by the NDS in the Shur Andam area of Kandahar. The National Security directorate in Kandahar said the journalists had been detained on the orders of the Security Council and would be released soon; but now, more than 24 hours after their detention, their fate is unknown and their families are deeply concerned about their unclear situation.

Nai, Supporting open media in Afghanistan, called the detention of the journalists illegal and called for the immediate release of the journalists, and called for investigation of any legal issues. “Illegal arrests and detentions of journalists will prevent them from going to war zones and reporting on the situation of those trapped in war zones. This is against the principles of freedom of expression and human rights. Any journalistic error must be investigated by the Media Complaints and Violations Commission in accordance with Article 43 of the Public Media Law,” it stated.

In fact, Amnesty International South Asia, also tweeted on Tuesday, stating, “We are concerned about the detention of four journalists in Kandahar by National Security Directorate since yesterday. These journalists were returning from Spin Boldak district after investigating about civilian casualties. We call for their release.”