Kabul: China and Pakistan have decided to launch “joint actions” in Afghanistan to stop the war-torn country from becoming a “hotbed for terrorism” and drive out terrorist forces from there, the Chinese Foreign Ministry said on Monday.

The decision was taken during a meeting between Chinese Foreign Minister Wang Yi and his Pakistan counterpart Shah Mahmood Qureshi in the southwestern the Chinese city of Chengdu. During the meeting, Wang and Qureshi “decided to launch joint actions on Afghan issue,” Foreign Ministry spokesman Zhao Lijian told a media briefing here.

Also, a press release posted on the website of the Chinese Foreign Ministry said Wang in his talks with Qureshi “emphasized that as Afghanistan’s neighbors, China and Pakistan are directly impacted by the Afghan situation. It is necessary for the two countries to strengthen cooperation and respond to changes”.

This was “one important agenda during Qureshi’s visit to China,” said the press release titled ‘China and Pakistan Decide to Launch Joint Actions on Afghan Issue’. “After in-depth communication, we decided to launch joint actions,” which included making “every effort to pursue peace, give top priority to avoiding the spread of war, and prevent Afghanistan from spiraling into a full-scale civil war,” Wang said.

“We will work together to combat terrorism and push all major forces in Afghanistan to draw a clear line against terrorism, firmly combat the East Turkestan Islamic Movement (ETIM) and other terrorist forces, and resolutely stop Afghanistan from becoming a hotbed of terrorism,” Wang said.

China and Pakistan will actively promote peace through talks, advance effective intra-Afghan talks, and take substantive steps towards political reconciliation and building a broad-based and inclusive political framework, he said. He said both nations will promote coordination and cooperation among Afghanistan’s neighboring countries, explore the building of Afghanistan-related cooperation platforms, and help Afghanistan achieve peaceful reconstruction and live with amity with all its neighbors. 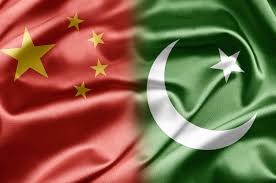 Meanwhile, India has appreciated the United Nations Security Council’s role in countering transnational threats like terrorism along with preventive diplomacy and conflict prevention. “Appreciate role in preventive diplomacy and conflict prevention, counter transnational threats like terrorism,” tweeted Pratik Mathur, Counsellor in India’s Permanent Mission to the UN. The counsellor also expressed his concern over the instability in Afghanistan and its impact on the neighboring countries at the United Nations Security Council on UN regional center for Preventive Diplomacy for Central Asia in New York.

“Instability in Afghanistan affects neighbors, India and Central ASIA connected by history,” the counsellor at UN tweeted. As the drawdown of US and NATO troops is on the verge of completion, there has been a surge in violence in Afghanistan with the Taliban now claiming of controlling about half of the country’s roughly 400 districts.

Amid the turmoil in Afghanistan, President-elect of the United Nations General Assembly (UNGA) and the current Maldives Foreign Minister Abdulla Shahid called “terrorism” a “scourge”, and said that the Security Council needs to address it soon. “Terrorism is a scourge that has been in this region, in many parts of the world and has taken the lives of many civilians. It doesn’t know any religion, borders or humanity. It’s evil. We need to address it comprehensively. UN has been slow in coming with the definition, I hope that the definition would be reached soon,” Abdulla Shahid, who is on a visit to India, told news agency ANI.

He also unveiled plans for the legal regime of the Hari (Heray) Rud River, saying the two neighbors have for the first time reached agreements on the river. Although there are various options to receive Iran’s share of water for Hamoon -such as adopting strict policies towards Afghanistan in certain areas- the relations between Tehran and Kabul are always brotherly and friendly, the top diplomat added. Highlighting the efforts by Iran’s Foreign Ministry to protect the country’s right to the share of water from Hirmand and Hamoon, Zarif said the two neighbors have agreed to set up five committees to handle various bilateral issues, including disputes over the water share.

The Foreign Ministry sent two protest letters to Afghanistan in March and April to remind Kabul of Iran’s rights under a 1973 treaty, Zarif went on to say, noting that the Afghan ambassador to Tehran has been also informed of Iran’s stances. Iran and Afghanistan have a disagreement over allocation of water from the Hirmand River, as both sides suffer from droughts and climate change.