Kabul: Over 1,500 troops from Russia, Tajikistan and Uzbekistan will take part in joint drills at the Kharb-Maidon training ground, 20 km from the border with Afghanistan, on August 5-10, the press office of Russia’s Central Military District reported on Tuesday. “Overall, more than 1,500 troops and about 300 items of armament and military hardware from the three countries will be involved in the tactical drills,” the press office said in a statement.

The troops will practice thwarting an intrusion by outlawed armed gangs and eliminating “radical terrorist groups,” the statement says. At all stages of the drills, the troops will focus on tactical measures, employing reconnaissance/fire and reconnaissance/strike systems, the press office specified. 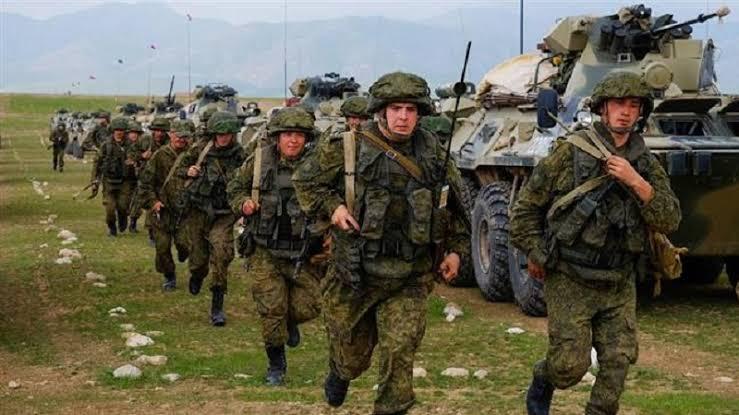 Meanwhile, in other news, in a report released at a news conference in Dushanbe, Tajik Foreign Minister Sirojiddin Muhriddin noted on July 27 that Dushanbe has always considered “official Kabul as a legitimate government in Afghanistan ad has never conducted meetings or negotiations with representatives of the Taliban Movement.

“The situation in Afghanistan’s districts bordering Tajikistan has seriously deteriorated lately, but Tajikistan’s common border with Afghanistan is securely guarded,” the minister said. He further noted that Tajikistan has not been conducting negotiations with the Russian Federation on return of Russian border guards to the Tajik-Afghan border and does not plan to increase the number of Russian military advisors in Dushanbe due to tensions along the border with Afghanistan.

He also noted that today it is impossible to specifically talk about how many Afghans seeking refuge Tajikistan can accept. “I disagree with the views of some colleagues and the government of Tajikistan that Tajikistan can accept up to 100,000 refugees from Afghanistan. We need to take into account the pandemic situation in this matter, preparedness of camps for refugees and are whether we ready for terrorists to enter our country disguised as refugees,” Muhriddin stressed.