Kabul: Shah Jahan, the commander of second company of MoI’s 888th unit, said that the Taliban group had gathered forces in the village of Shakarak in the city of Sheberghan, the center of Jowzjan, to attack the city, but their plan failed.

He said that two key Taliban commanders had been killed and nine others wounded in a targeted operation in the past 24 hours. Jahan assured the people of Sheberghan that “all preparations are being made to suppress the Taliban with the joint efforts of other security forces.” The Taliban have not yet commented on the matter. According to officials, this is the second targeted Taliban attack on the city of Sheberghan, which was repulsed before any major offensive.

Meanwhile, Anas Haqqani, a member of the Taliban’s peace negotiating team, has confirmed that Abdul Haq Omari, the youngest son of Mawlavi Mohammad Nabi Omari, another member of the delegation, was killed in a direct clash with the Afghan Defense and Security Forces.

Haqqani announced it on his Twitter page on Tuesday. He did not provide further details on when or where Abdul Haq Omari was killed. The Afghan Ministry of Defense has not yet officially commented on the matter. However, according to some reports, Abdul Haq Omari was the Taliban’s deputy military chief for Paktia province and was killed in a clash with Afghan army forces yesterday.

Also, two wanted robbers in Herat province were arrested on Monday as a result of a police operation. The men were arrested after stealing the car of a resident of Herat. It is noteworthy that one of these thieves was injured during a clash with police forces and was later arrested. The detainees also confessed to the crime and a pistol seized from them. 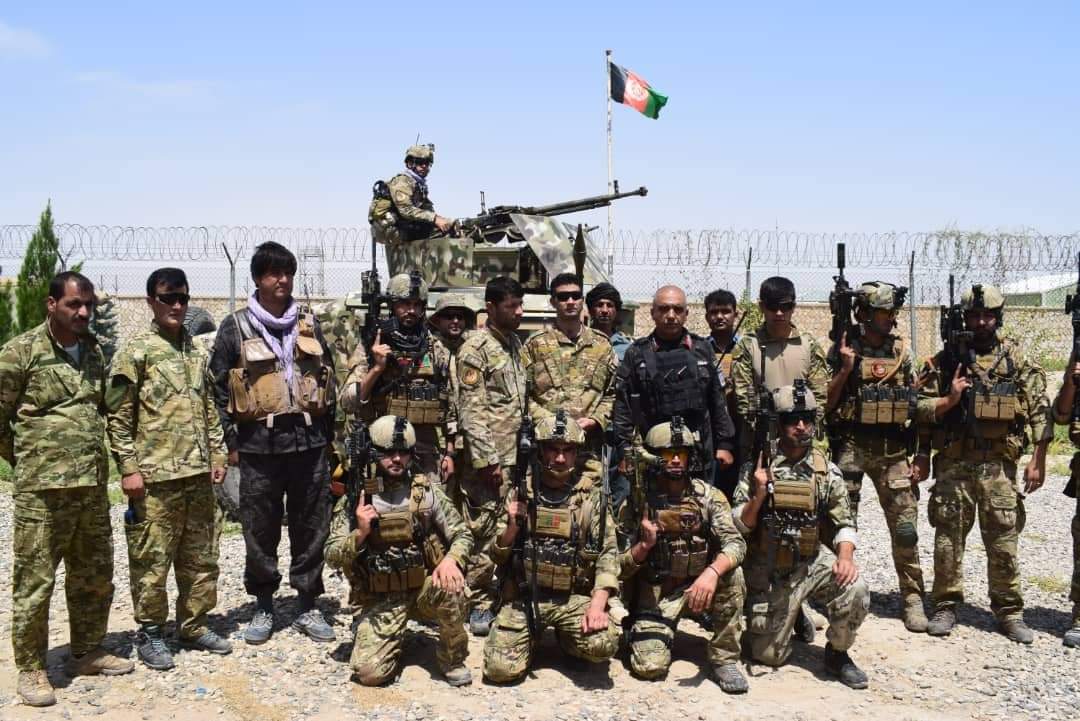 On the other hand, Mohammad Hashim Modaqiq, the district governor of Hazrat Sultan in Samangan province, told Salam Watandar that a civilian had been killed in a Taliban- roadside mine blast in the district. The district governor added that the incident took place a few minutes ago in Ghazni Gak village when a man was moving towards the district and hit the mine. According to him, this man is called Gulistan and he was over 30-years-old. The Taliban have not yet commented.

Also, a young man in central Parwan threw a hand grenade at home injuring himself and four members of his family. Mohammad Sadeq Hashemi, director of crime control of Parwan Police, told Salam Watandar that a young boy entered his father’s house in the village of Dolana in Charikar on Monday night and threw a hand grenade, wounding himself and four members of his family, including women and children. According to him, the cause of this incident was family problems and the perpetrator has been arrested.

The German government official also condemned the continuing violence and pledged that the central government would address the demands of the Ministry of Refugees, especially the issue of assistance to internally displaced people.