Kabul: Security sources in Kapisa province said that four security forces and two civilians were killed as a result of an attack by Taliban fighters in Nijrab district of the province. Abdul Shayeq Shoresh Kohistani, a spokesman for the Kapisa police, told the Etilaat roz daily that the Taliban had launched their attack late on Monday in the Farkhshah and Kalan valleys of Nijrab district.

He added that the clashes between the two sides continued until around 4:00 in the morning. According to him, two civilians were killed in the clash. The spokesman for the Kapisa police said 25 Taliban fighters had been killed and 15 others wounded in the clashes. He stressed that the Taliban attack had already been repulsed. The Taliban have not yet commented.

Also, a number of civilians were injured when a landmine explosion in Tarinkot, the provincial capital of Uruzgan, police said. Maghforullah Salar, spokesman for the Uruzgan Police, told Hashte Subh daily that the incident took place on Tuesday morning, at the Nargahdari Ghala Jat market in the provincial capital.

The blast was caused by a mine placed on a motorcycle that exploded near a tea house. Police say one person was injured in the incident. Officials at Uruzgan Provincial Hospital, however, said that two injured people had been taken to the hospital so far, one of them in critical condition. No individual or group has claimed responsibility for the attack.

Meanwhile, a number of women activists and families of war victims in Bamyan province have issued a resolution calling on the warring parties in the country to put an end to the violence and reach an agreement on a ceasefire as soon as possible. The resolution of women activists and victims of war states that the Taliban must stop violence and “massacre” people and no longer fall into the “hands of foreigners.”

Women and victims of the war in Bamyan have also stressed that establishing a ceasefire and ending the war should be one of the preconditions for continuing peace talks. According to the resolution, one of the consequences of the war in the country has been the victimization of women and civilians and families have lost their members. If the violence continues, the number of victims will increase.

War victims and women activists in Bamyan, while expressing concern about the spread of violence in the country, have called for compensation and healing for the suffering of war survivors. One of the articles of the resolution states that an independent and specialized body should be established to “find and document” the past and current wars in the country. The United Nations and the Afghan Independent Human Rights Commission (AIHRC) have also been called upon to work to document the damage caused by past and current wars. 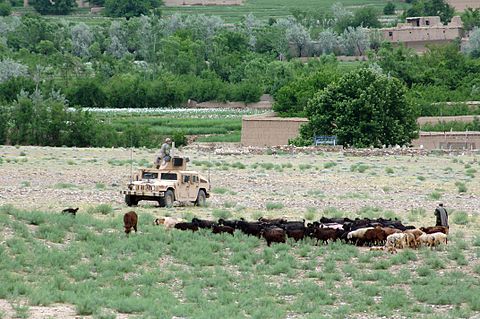 The other part of the resolution also states that the number of women representatives in peace talks should be increased and that representatives of war victims should be present in the composition of the delegation on both sides of the negotiating table. Issues such as the preservation of the achievements of the last two decades, in particular women’s freedoms, freedom of expression and the security forces, are also emphasized in the resolution. The resolution also adds that if the rights of women and victims of war are ignored, it will never be acceptable to women and victims of war.

Also, note that the Biden administration has asked Congress for $1 billion to bring Afghans who helped American forces during the two-decade war in their country to the US., and there is bipartisan support to provide the money, according to people familiar with the matter.

The fate of the Afghans who aided US troops in Afghanistan has taken on greater urgency as Taliban militants have seized the momentum in their long campaign to return to power. With the withdrawal of most American forces nearly complete, it is feared that anyone who worked with them in the long conflict could be singled out for retribution by the Taliban or other militant groups.

The $1 billion would be divided between the Defense Department, the State Department, with $25 million going to the Health and Human Services Office of Refugee Resettlement. The funds would cover the cost of temporary shelter, resettlement and other necessities, according to a third person familiar with the matter. The White House made the request last Friday, but it was not accompanied by a detailed plan, one of the people said.