Kabul: NATO Secretary-General Jens Stoltenberg said that they will continue to support Afghanistan even after the complete withdrawal. Stoltenberg wrote on Twitter on Tuesday that he had spoken to Afghan President Mohammad Ashraf Ghani via the telephone.

“NATO continues to support Afghanistan with funding, civilian presence and military training abroad,” Stoltenberg said. The NATO Secretary General described the security situation in Afghanistan as “challenging” and said that it needed an agreement to negotiate.

The United States and NATO have previously stated that they will train Afghan troops abroad. The President of Afghanistan did not provide any information about this telephone conversation. 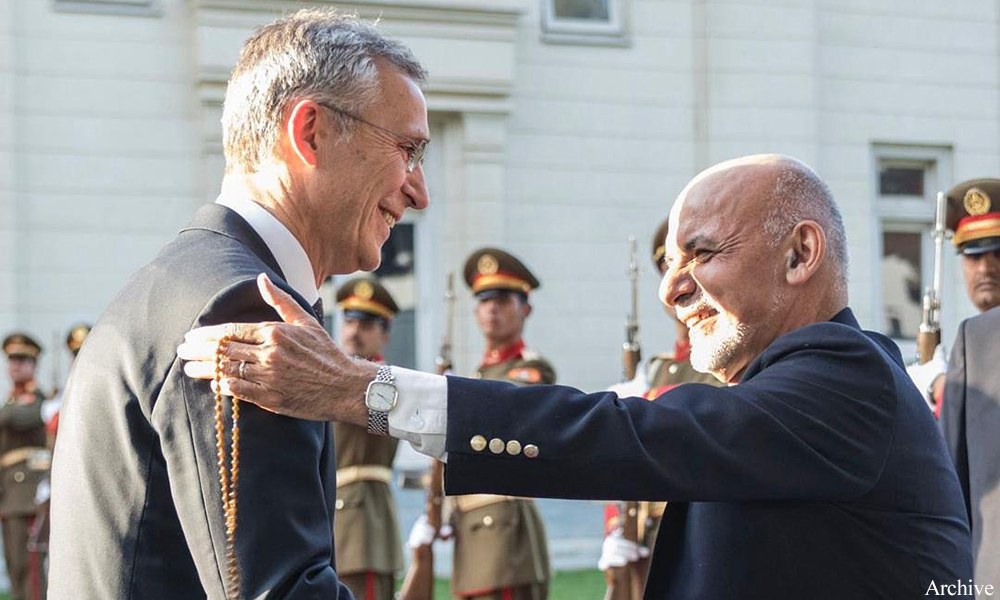 Meanwhile, in other news, protests of Takhar residents in Kabul entered the seventh day in connection with the fierce fighting in the province. Protesters reported poor security in the province and heavy fighting on the outskirts of Taloqan city.

Mirullah Rouhani, one of the protesters, told Hashte Subh daily on Tuesday, that despite the fact that seven days had elapsed since the sit-in tent was set up, there had been no change in the situation in Takhar. According to him, the fighting around the city of Taloqan has been going on for 15 days now and a large number of people have been displaced from their homes. The protester warned that all districts of Takhar had fallen to the Taliban and that the city of Taloqan, the provincial capital, is in danger of collapsing.

Rouhani added that after the protests in Takhar began in Kabul, a number of officials had promised them that the security situation in the province would soon change and the lost districts would be recaptured. According to him, a week has passed since the promises were made, but no operation has been launched to retake the districts and improve security in the province.

Earlier, Amrullah Saleh had said in response to protests by Takhar residents that instead of protesting, they should form a military unit and fight the Taliban.