Kabul: Officials at the Kunduz National Directorate of Security (NDS) said that three Taliban members have been arrested in connection with the transfer of pieces of security armored tanks captured by the Taliban in recent wars to transfer to Pakistan under the name of “damaged irons”.

According to them, the ammunition, which includes about 12 armored tanks, was loaded from the Imam Sahib district by the Taliban and transported in a Pakistani Kamaz vehicle and was identified in the city of Kunduz. However, rejecting the issue, Zabihullah Mujahid, a Taliban spokesman, said the group had banned the export of scrap metal from inside the country. According to him, these pieces of iron may be vehicles that fell into the hands of civilians during the explosion of mines.

Meanwhile, anti-narcotics police in Paktia province discovered and seized a consignment of weapons. The shipment includes 6,500 rounds of M16 rifles, 18 rounds of RPG rocket launchers and 5,600 rounds of Kalashnikov rifles. Two arms smugglers have been arrested in connection with the case, and 200,000 Pakistani rupees have been seized from them for selling weapons and ammunition.

Also, on Tuesday evening, President Mohammad Ashraf Ghani met with Jasper Wieck, Germany’s Special Representative for Afghanistan and Pakistan, at the Presidential Palace. During the meeting, both sides discussed Afghanistan’s relations with the international community in the new chapter of cooperation, security plan, ongoing violence by the Taliban and the expansion of relations between the two countries.

In other meetings, Chairman of High Council for National Reconciliation (HCNR) Abdullah Abdullah met Faisal Al-Baqami, Ambassador of Saudi Arabia, and reminded him that Afghanistan and Saudi Arabia have a good and long-term relationship that is based on many religious and cultural commonalities. They further welcomed the declaration of the ulema of the Islamic countries at a recent meeting held in Saudi Arabia and stressed that the continuation of the war in Afghanistan is not legitimate.

Referring to the long-term relations between the two countries, the Saudi ambassador said that Saudi Arabia wants an end to the war and peace and stability in Afghanistan, and called on the Taliban to sever ties with terrorist groups and return to peace and dialogue.

Abdullah also met with Deborah Lyons, Special Representative of the UN Secretary-General and referring to the publication of the report of the United Nations Mission on the increase of civilian casualties in the first six months of this year, which has deeply affected our people, Abdullah said that the report reminded that, unfortunately, the consequences of the war are no different. He further stressed that the Islamic Republic of Afghanistan has worked to end the war and bloodshed and achieve peace, but the Taliban should know that the continuation of the war only adds to the suffering of the Afghan people.

Lyons said the rise in civilian casualties had raised concerns. She stressed that the parties to the conflict must accept that the escalation and continuation of the war is not the solution. She also reaffirmed the United Nations’ continued efforts to reach a political agreement in Afghanistan. The Doha meeting also discussed the preparations for a special meeting of the Joint Monitoring and Cohesion Board to be held tomorrow.

In other news, Turkey and Azerbaijan are discussing the issue of ensuring security in Kabul. This is what Chairman of the Grand National Assembly of Turkey Mustafa Sentop said during the first trilateral meeting of the parliamentary speakers of Azerbaijan, Pakistan and Turkey on Tuesday, local media reported. “I would like for the Taliban to refrain from implementing its goals so that the situation in Afghanistan is resolved,” he added.

Ankara has undertaken the initiative to assume management of the airport in Kabul following the pullout of US and NATO troops. Turkey has requested financial and material assistance for this. The talks between the US and Turkey over this issue continue. On the other hand, US Secretary of State Anthony Blinken is all set to extensively deliberate on the deteriorating security situation in Afghanistan with the Taliban increasing its hostilities in an attempt to seize control of new areas in the country, with the Indian External Affairs Minister, during his visit to India. 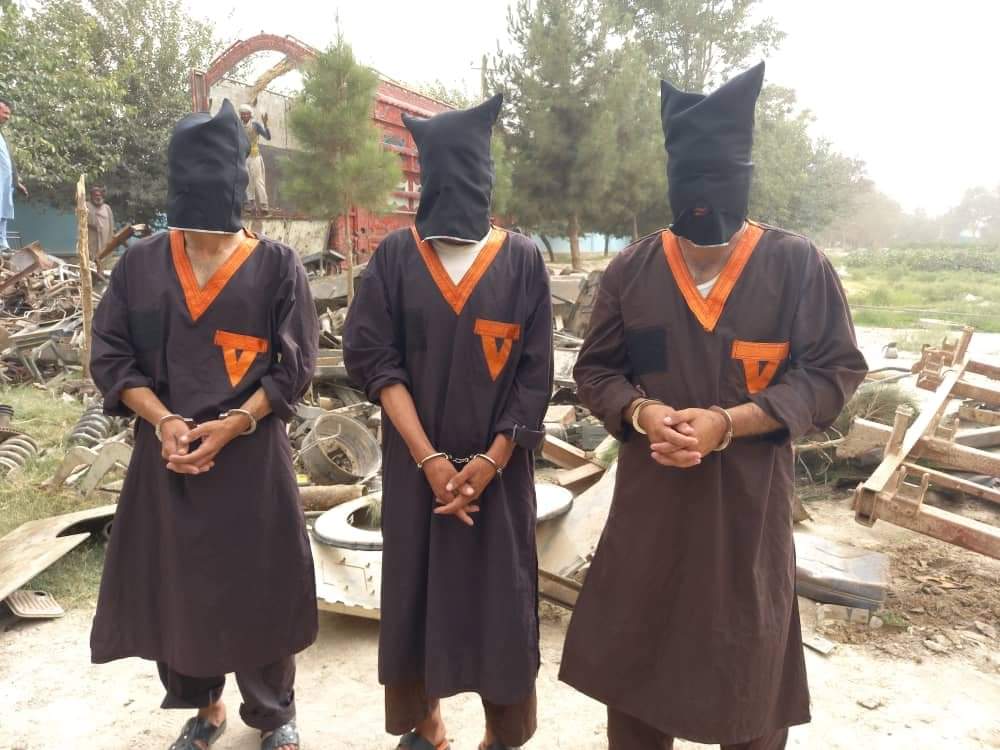 This comes even as the top members of the Appropriations Committee, reached a roughly $2 billion deal on Tuesday to provide new funding to the Capitol Police. In addition to emergency funding for the Capitol Police, it’s also expected to reimburse the National Guard for $521 million, provide funding for security improvements around the Capitol and include an unrelated issue of visas for Afghans who aided the U.S. military effort.

Meanwhile, the U.S. and NATO have promised to pay $4 billion a year until 2024 to finance Afghanistan’s military and security forces, which are struggling to contain an advancing Taliban. Already, the U.S. has spent nearly $89 billion over the last 20 years to build, equip and train Afghan forces. Yet America’s own government watchdog says oversight of the money has been poor, hundreds of millions of dollars have been misspent and corruption is rife in the security apparatus.

Monitoring where the future funding goes will become virtually impossible after August 31, when the last coalition troops leave. Nearly $83 billion has been spent to build, equip, train and sustain Afghanistan’s national security forces, which include the military, national police and elite special forces. That figure covers a wide range of items. For example, the U.S. spent nearly $10 billion for vehicles and aircraft. It spent $3.75 billion on fuel for the Afghan military from 2010-2020.

Separately, an additional $5.8 billion went into economic and government development and infrastructure since 2001, with the expressed goal of winning public support and blunting the Taliban insurgency. The figures are from reports by John Sopko, the special inspector general on Afghanistan reconstruction, tasked with monitoring how U.S. taxpayer dollars are spent.

The U.S. allocation for 2022 is $3.3 billion. It will include $1 billion to support the Afghan air force and special mission wing, $1 billion for fuel, ammunition and spare parts, and $700 million to pay salaries for Afghan soldiers. More than 80% of the Afghan government budget is paid by the U.S. and its allies, according to the Office of the Special Inspector General for Afghanistan Reconstruction, or SIGAR. Afghanistan’s growth rate was to be 3.4% in 2021 but instead shrunk by 2%. In the last four of seven years, Afghanistan has missed its economic growth targets.

Throughout the war, U.S. air support has been a crucial edge for Afghan forces on the battlefield. So building Afghan capabilities to carry out the role was vital, and the U.S. spent more than $8.5 billion to support and develop the Afghan air force and special mission wing. However, the Afghan air force risks being largely grounded once the coalition leaves. The Afghans’ fleet of fighter jets is serviced by U.S. contractors, who are leaving along with the troops. Afghan officials say the coalition never gave them the training or infrastructure to carry out maintenance themselves.

The same holds for much of the arsenal of armored vehicles and heavy weapons the Americans have left for the Afghan military. Several Afghan officials who spoke to the Associated Press were deeply critical of the U.S. and NATO failure to invest in factories to make spare parts, manufacturing plants to produce ammunition and training to produce skilled Afghan mechanics.

Also, more than 40 UK military chiefs urged Boris Johnson to speed up the relocation of interpreters from Afghanistan. In a grim warning to the Prime Minister, they say Britain faces ‘dishonour’ if those who served with UK troops are left to be murdered by the Taliban. In the open letter they claim the public has been told the Government is doing everything it can when in fact British policy is over-complicated and mean-spirited.

More than 500 cases have been rejected under the Afghan Relocations and Assistance Program in the past three months, at least 130 of them involving interpreters. They all face reprisals from the Taliban. Seven former coalition interpreters are thought to have been killed this year.

To qualify for relocation, interpreters must fulfil a list of conditions as well as prove they were in an exposed role that now puts them in ‘imminent danger’. Meeting all the criteria can be impossible because of missing paperwork. The British embassy in Kabul, which administers the ARAP, is short staffed, leading to delays and clerical errors when dealing with the huge caseload.

More than 1,000 interpreters – 35 per cent of the total – had their service terminated, a fact that generally rules out the chance of a successful application. The officers, including former Army chief Lord Dannatt and former special forces leader Brigadier Ed Butler, argue the criteria should be less onerous. Their letter says, “Time is of the utmost essence to save the lives of those who served alongside our servicemen and women in Afghanistan and who saved countless British lives. It is clear there is insufficient capacity for ARAP to cope with the scale and pace required. If any of our former interpreters are murdered by the Taliban in the wake of our withdrawal, the dishonor would lay squarely at our nation’s feet. ARAP is not providing the sanctuary that the British public have been led to believe is being granted to our former Afghan interpreters and colleagues.”

Britain has begun the biggest rescue operation for nearly 50 years with around 3,500 Afghans, including 800 interpreters and their families, expected to be relocated to these shores. ‘Freedom Flights’ have been arriving in the UK with joyous families celebrating their liberty and safety from attack.

Also, dozens of interpreters that worked for the Dutch armed forces in Afghanistan are still trapped in the country and in real danger. That despite the Dutch cabinet promising to get them to safety quickly after the Dutch soldiers withdrew from the country, Trouw reports based on conversations with those involved. The interpreters are at risk because the Taliban considers them traitors to their country. After the Dutch military withdrew from Afghanistan last month, following the lead of the United States, caretaker Defense Minister Ank Bijleveld promised to do her very best to get the interpreters and their families to safety in the Netherlands.

Despite this, at least 70 of the 273 interpreters who worked with the Dutch armed forces are still in Afghanistan with their families, according to Trouw. And as more NATO troops withdraw from the country, the Taliban is gaining more ground, making it increasingly unsafe for the interpreters. The number of civilian deaths in Afghanistan increased significantly over the past few months, the United Nations reported. The Ministry of Defense told Trouw that most of the interpreters who are still in Afghanistan only submitted their application for rescue last month.

Even the Czech Republic has a program to help Afghans who worked with Czech soldiers in their country and have remained there following the withdrawal of Western armies, the minister of defense, Lubomír Metnar, said on Wednesday. Speaking on Czech Television, Metnar said the provision of asylum to such persons had not been ruled out. Christian Democrat MP Jan Bartošek, who is on the lower house’s defense committee, said he welcomed the plan but that other countries had put such schemes in place more quickly.