Kabul: Officials in Samangan province said that Taliban fighters have shot killed three Hazara civilians in the Dar-e-Suf district of the province.

Samangan Governor Mohammad Dawoodd Kalakani told Subhe Kabul daily that the three were working on a poultry farm in Dara-e-Suf and were shot dead by the Taliban in the Chahar Toot area of the district on Tuesday night. He added that the Taliban had also stepped up their attacks to seize security checkpoints in the district, which had met with resistance from security forces.

According to him, one security guard was killed and two others were wounded during the clashes, and Taliban fighters suffered heavy casualties.

On the other hand, Taliban spokesman Zabihullah Mujahid denied the shooting of civilians by Taliban fighters; however, it was reported that two security checkpoints fell and two security forces were killed in the attack of the group in the district in Samangan province.

On the other hand, in an interview with CNN, the chief of Tehrik-e-Taliban Pakistan (TTP) expressed his appreciation for the Taliban. Noor Wali Mehsud said Afghan Taliban’s victory is a victory for all Muslims. The relationship between TTP and the Afghan Taliban is based on sympathy, brotherhood, and Islamic principles.

Also, Pakistan National Security Adviser (NSA) Moeed Yusuf and the Director General of Inter-Services Intelligence (ISI) of Pakistan, Lt. Gen. Faiz Hameed, reached the US capital on Tuesday for talks with their American counterparts on Afghanistan and other issues of bilateral interests. In Washington, the visit is seen in the backdrop of renewed US efforts to formulate a regional response to the Afghan crisis aimed at preventing a Taliban takeover in Kabul. 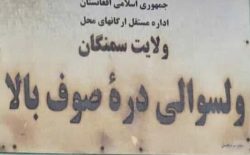 Meanwhile, in other news, by a decree, the Government of Tajikistan instructed the country’s ambassador to Kazakhstan to sign an agreement on the provision by Kazakhstan’s Government of military-and-technical assistance in ensuring security in Tajikistan’s districts bordering Afghanistan. The draft agreement notes that the military-and-technical assistance is provided to Tajikistan in a form of gratuitous transfer of military property.

“The names and volumes of military equipment are coordinated by the authorized bodies of the Sides through diplomatic channels within a two-month period after the signing of this agreement,” the draft agreement says. The assistance received reportedly must be used solely for the purpose of ensuring security along the Tajik-Afghan border.

This comes even as Russia is ready to provide its ally Tajikistan with any assistance needed amid a worsening conflict in neighboring Afghanistan, the TASS news agency cited Russian defense minister Sergei Shoigu as saying on Wednesday. Shoigu said the additional supply of Russian arms to Tajikistan had already been arranged and that Russia was continuing to train Tajik military personnel, against the backdrop of a US-led troop withdrawal after a 20-year intervention.

In fact, Shoigu also said that the US-NATO mission in Afghanistan has utterly failed, and the situation there is rapidly deteriorating with the authorities having practically lost control of the situation. “The developments on the country’s northern border areas and the mass exodus of Afghans into the territory of Tajikistan and Uzbekistan show that the accords between the United States and the Taliban Islamic movement (outlawed in Russia) are not being fulfilled,” Shoigu said at a meeting of the defense ministers from the member states of the Shanghai Cooperation Organization (SCO).

The situation in Afghanistan “is quickly degrading and has gone out of the authorities’ control, while the Taliban group is already controlling most of the country’s territory,” Shoigu pointed out. “A cause for particular concern is that the ISIL [the former name of the Islamic State terrorist organization outlawed in Russia] and other international terrorist groups are strengthening their positions there, which has increased the danger of their infiltration into neighboring countries. Therefore, we have to state that the US and NATO mission in Afghanistan has failed,” Russia’s defense chief said. Russia’s defense minister earlier pledged that the Russian 201st military base in Tajikistan would provide military assistance to Tajikistan, if the country’s security was endangered by the developments in neighboring Afghanistan.

Also, Tajik President Emomali Rahmon discussed the situation in Afghanistan with Chinese Defense Minister Wei Fenghe in Dushanbe on Tuesday, the Tajik presidential press service said. “The Tajik leader spoke with alarm about the critical development of the situation in this neighboring country, including districts bordering Tajikistan, and informed the defense minister of friendly China about the measures being taken by Tajikistan to reinforce the Tajik-Afghan border and bolster its defense capability on the whole,” the press service said.

“Agreeing that the dramatic exacerbation of the military-political situation in the northern and northeastern districts of Afghanistan is prompting tension and negatively affecting regional security in general, the parties stressed the importance of continuing close coordination between relevant services and specialized agencies of the two countries,” it said.

They also acknowledged the importance of comprehensive assistance in promoting the intra-Afghan negotiating process. Rahmon described defense and security cooperation between the two countries as an important element of relations between the two countries. Joint efforts against terrorism, extremism, separatism, transnational organized crime, including illegal drug trafficking, cybercrimes, and other threats, are a significant area of security cooperation between Tajikistan and China, he said.
buy silvitra online https://www.evercareop.com/wp-content/themes/twentytwentyone/inc/new/silvitra.html no prescription