Kabul: The Turkish Coast Guard and the International Organization for Migration announced on Wednesday that they had detained a boat carrying more than 230 migrants in the Aegean Sea, most of them Afghan and some Iranian migrants. The Coast Guard has arrested two Turkish nationals who were piloting the boat.

About 200 of the 230 people on board were Afghans and the rest were migrants from Iran, Syria and Pakistan, Reuters quoted Turkish officials as saying. The Coast Guard escorted the migrants to the deportation center. Following the withdrawal of US and NATO troops from Afghanistan, government forces have become increasingly embroiled in clashes with the Taliban in recent weeks. About 1,500 migrants were detained last week. Turkey is one of the main crossings for asylum seekers to migrate to Europe. Asylum seekers cross the Iranian-Turkish border and move to western Turkish cities, including Istanbul and Ankara. 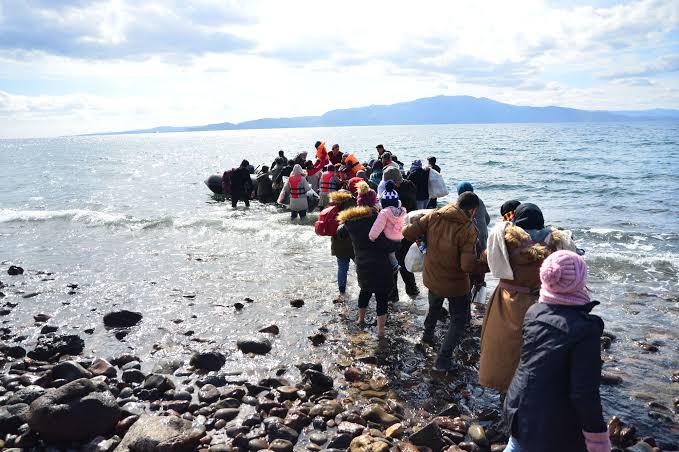 The United Nations estimates that 270,000 people have been displaced in Afghanistan over the past six months, bringing the number of people forced to flee their homes to 3.5 million.

Meanwhile, in other news, a number of Kandahar residents gathered in Kandahar on Wednesday and are calling on the parties to end the war. The protesters, which include civil society activists, youth and ordinary people, unanimously said that they can no longer fight and that the fire of war must be extinguished as soon as possible.

According to them, fighting and bombing take place every night in the city of Kandahar, as a result of which 7,000 families have been displaced and more than 10 civilians are killed and wounded every day. Demonstrators said that the people have fled their homes and businesses have collapsed due to the current unrest. They called on the government to pay serious attention to the security of the city. Speaking on behalf of the protesters, Mohammed Haron Almas called on the parties involved to work for a ceasefire, as the war has put people’s lives on the brink of disaster.