Kabul: A senior UN official in Kabul said on Tuesday that the rise in fighting has reduced hopes for peace talks and that the Afghan government and the Taliban should return to the table of negotiations and end the unprecedented violence.

Lisa Reefke, Senior Political Affairs Officer at the United Nations Assistance Mission in Afghanistan (UNAMA), said that there is a need for international and regional consensus on Afghan peace to achieve results from it. “The start of the Afghan peace negotiations in September last year generated hopes that talks will create space for Afghans to come together and negotiate a path to peace,” she said at a gathering of women in Kabul. “Today, action on the battlefield seems to compete with the peace negotiations in Doha.”

She added that women’s presence in the peace negotiations is necessary. “UNAMA remains committed to supporting the parties within its mandate and in cooperation with all Afghans with the region and with the international community to move the peace process forward,” the UN official said.

Women at the event said that at least 57,000 women have invested in various areas in the last 20 years and have created over 130,000 jobs. They highlighted Afghan women’s abilities and said they can play a good role in the peace process. “Many of these women have created hundreds of jobs for men and women,” said Manizha Wafiq, the chairperson of women’s chamber of commerce and industry. “They can rarely travel to some provinces and remote villages to keep contact with farmers,” said Karima Sediqqi, the deputy chairperson of the chamber of commerce of women in the western zone of Afghanistan.

The participants of the event said there is a need for a meaningful role for women in any peace process and their achievements should not be compromised.

On the other hand, the spread of war and insecurity in many provinces of the country has disrupted the education system and the mid-year and final exams in schools. Education departments in some war-torn provinces say they have submitted plans to the Ministry of Education to find a solution and are waiting for further guidance from the center.

Takhar in the north and Ghazni in the southwest of the country are among the provinces where, according to the representatives of these provinces in the provincial council, the war has reached the gates of the city. Representatives of these provinces say that if the government, and especially the Ministry of Education, does not find a reasonable solution to this problem, there will be an “educational catastrophe” in the country’s education system. 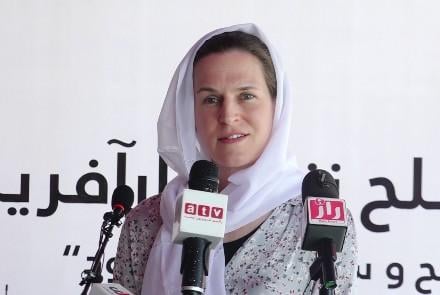 Wafiullah Rahmani, chairman of the Takhar Provincial Council, told Hashte Subh daily that the fighting is currently going on at the gates of Taloqan city and that most government officials and families, teachers and students had been displaced. Rahmani added that some teachers and even government officials could not attend due to the war. Also, according to the chairman of the Takhar Provincial Council, many students have left schools in their home areas.

According to Rahmani, it is not possible to open schools unless the security situation improves and the war does not move away from the city center. The head of the Takhar Provincial Council added, “I am not sure that school exams will be held until the war is over and the conflict is at least as far away from the suburbs as possible.” According to Rahmani, all 16 districts of Takhar are under Taliban control and the fighting has reached the four gates of Taloqan city.

Fatema Rahimi, a member of the Ghazni Provincial Council, also told Hashte Subh daily that Ghazni city and districts of the province are currently facing serious security challenges. Rahimi said that schools in war zones have not been reopened yet, and that schools have reopened in some areas, and students go to school in fear and apprehension. She cited the example of Malistan district in the province and said that not a single school has been opened in this district so far. Also, many schools have not been activated in Nawur district and there are security threats in the border areas of Jaghori district; but the Ghazni Department of Education says there is no problem in the districts, but that some schools will not be reopened in parts of the city center only due to fighting between the Taliban and security forces. The Ghazni provincial council member stressed that it would be impossible to restart schools until security was restored.

Shafiqullah Qarizada, director of publications at the Ghazni Department of Education, told Hashte Subh daily that the Taliban are currently on the outskirts of Ghazni. According to him, many students have left the city center following the recent fighting in Ghazni. According to him, the matter has been discussed with the Ministry of Education. He added that efforts are underway to address this issue.

However, the Ministry of Education says it has plans in place and that residents of the country’s war zones, especially students, should not worry. According to the Ministry of Education, according to an exceptional decision, schools in the country’s war zones will remain closed, and whenever the security situation improves, mid-year exam scores will be calculated together with the final exam at the end of the year.

Meanwhile, the Takhar Department of Education has announced that the mid-year exams for students in 16 districts, with the exception of Taloqan city, the provincial capital, will begin on Wednesday. According to the announcement, the school exam in the center of Takhar province, due to the existence of the war, is taken together with the end of year exam and grades are calculated from one hundred. The Baghlan Department of Education has also announced that, based on the guidance of the Ministry of Education, the results of the displaced students’ exams will be calculated on an end year exam percentage basis.