Kabul: The Ministry of Information and Culture reported that United Nations Educational, Scientific and Cultural Organization (UNESCO) has accepted Afghanistan’s request to register three works in the list of intangible cultural heritage of the world for 2022.

The three works include Behzad style of miniature art independently for Afghanistan; Silk production industry jointly with Azerbaijan, Iran, Turkey, Turkmenistan and Uzbekistan and Yalda night jointly with Iran. The Ministry called the move by UNESCO, an achievement and assured the protection and preservation of cultural heritage.

The registration of cultural heritage has previously led to disputes between countries in the region, including Iran and Afghanistan. In the latest case, about seven months ago, the registration of miniature art as an intangible heritage of Iran, Turkey, Azerbaijan and Uzbekistan without mentioning the name of Afghanistan was followed by an official complaint from the Afghan government.

Meanwhile, on Thursday (July 29) the Government of Afghanistan celebrated the National Flag Day. On this day, the Afghan flag is hoisted across the country. The Afghan flag has changed dramatically over the last 100 years. Every government and political group that has come to power has changed the flag of this country in terms of its political views and perceptions. 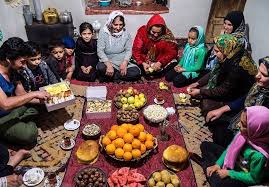 The current flag of Afghanistan, which is red, green and black, was first approved by the Loya Jirga in solar year 1307 during the rule of Amanullah Khan. Before that, the color of the Afghan flag was black, after that, there were many changes in the Afghan flag, but in 2003, the same three colors were used, but with a slight change, as the Afghan national emblem was inserted.

The use of the flag in Afghanistan has a historical background and is said to have been used in this country since the reign of Yama, the first king of Afghanistan. Habibullah Rafi, a historian and member of the Afghan Academy of Sciences, says the philosophy of changing the black flag to three colors was that Shah Amanullah wanted to reflect the struggles of the people. According to Rafi, the color black represents the period of captivity in Afghanistan, the color red represents the period of jihad and the sacrifice of Afghans for independence at that time, and the color green represents the country’s prosperity after independence.