Kabul: Residents of Kandahar called on the international community to put pressure on the Taliban to reduce violence during a protest rally on Thursday. Dozens of civil society activists, young people and civilians in Kandahar called the recent clashes costly and called for the implementation of the Doha Agreement between the Taliban and the United States.

Protesters also said that in the current war, civilians are suffering the most and that the warring parties must agree on a long-term ceasefire. Farid Larivi, another protester, said civilians were currently suffering the most casualties. According to him, a large number of civilians have been killed and displaced in recent wars. The protesters issued a four-point resolution calling for an end to Taliban attacks and urging the warring parties to focus on the peace process.

In other news, security officials in Jowzjan province said that Uzbekistani Taliban are recruiting residents of the area. Samad Khan, commander of the Sheberghan city garrison and a commander affiliated with Marshal Abdul Rashid Dostum, told Subhe Kabul daily that two Taliban commanders, both Uzbekistan nationals, had been relocated to Darzab district of the province and are recruiting locals.

According to him, Darzab district is under the control of Taliban fighters and Chechen and Uzbekistan citizens have been active in the district before.
buy cialis professional online https://idhfa.org/pdfs/new/cialis-professional.html no prescription

Meanwhile, Abdul Ghani Nezami, commander of the 2nd Infantry Brigade of the 209th Shaheen Corps, confirmed the matter and told Sobhe Kabul daily that the current leader of the war in Sheberghan, the capital of Jawzjan province, is Sheikh Matiullah, a Pakistani Taliban commander.

It is worth mentioning that for two months now, fighting has been going on between government forces and Taliban fighters in Jowzjan province. During this period, Taliban fighters have managed to capture nine districts of the province, as per reports.

A NATO spokesperson in Brussels confirmed the start of the training program to DPA, but would not comment on the location or details for security reasons. “In addition to continued funding and diplomatic presence, NATO’s continued support to Afghanistan includes out-of-country training for Afghan special forces. This training has now begun,” he said.

The basis of the continued NATO support for the Afghan government’s troops is a decision by the heads of state and government of the 30 alliance countries. They had assured the country at their summit meeting in June that they would continue to provide assistance even after the end of the military mission. “We affirm our commitment to continue to stand with Afghanistan, its people, and its institutions in promoting security and upholding the hard-won gains of the last 20 years,” the final declaration said. 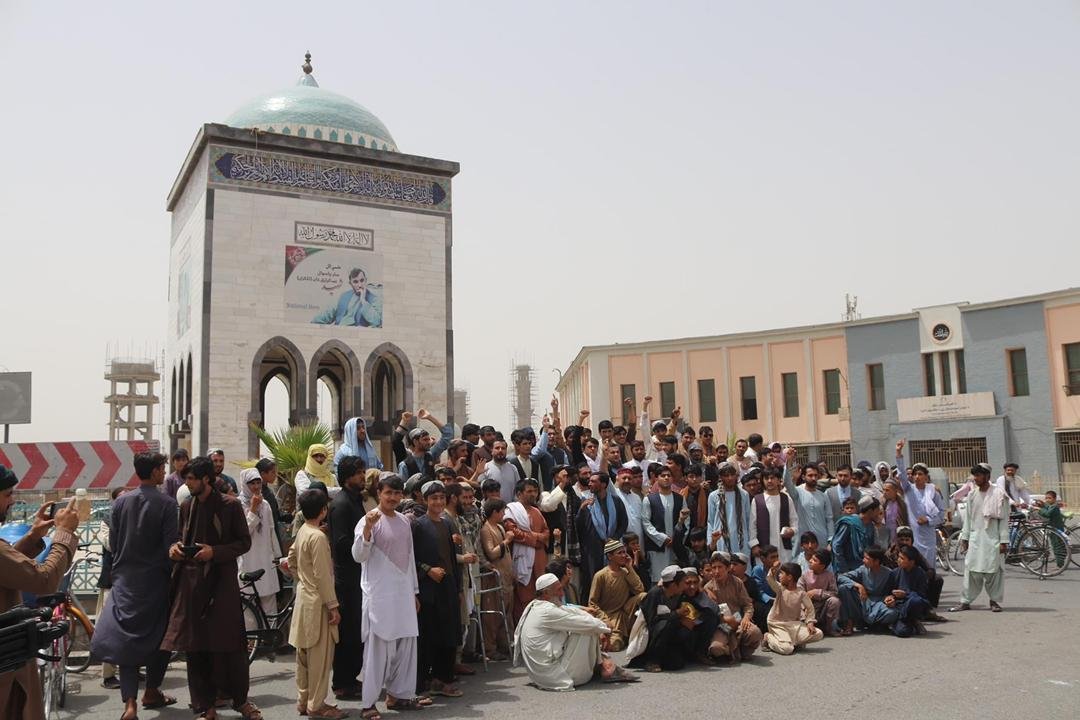 In other news, after spending at least $837 billion, the U.S. military is leaving an Afghanistan that “remains poor, aid-dependent, and conflict-affected, with any potential economic growth in the short term further limited by the lingering effects of the Covid-19 pandemic,” according to the latest report by Congress’s independent watchdog.

The grim accounting was offered on Thursday by the Special Inspector General for Afghanistan Reconstruction, the office that has documented billions in waste and corruption since lawmakers created it in fiscal 2008. The report was published just weeks before American forces are expected to complete their withdrawal after nearly 20 years. “The news coming out of Afghanistan this quarter has been bleak,” John Sopko, the inspector general, wrote in his report covering the quarter ending June 30, with some updates for more recent events. “The Taliban offensive that began early in the quarter accelerated in June and July.” The $837 billion spent on “U.S. warfighting and reconstruction” over two decades doesn’t include billions more for classified intelligence operations, veterans’ medical and disability benefits and international financial aid.

U.S. leaders from President Joe Biden to General Mark Milley, chairman of the Joint Chiefs of Staff, say the outcome of the contest between the Afghan government and Taliban insurgents is far from settled, although Milley has acknowledged the Taliban has “strategic momentum.” With nearly all U.S. forces leaving, the Afghan government and the roughly 303,000 members of its military and national police face about 75,000 Taliban militants.

National security forces have retaken some contested districts and the Afghan government still controls all 34 provincial capitals, including Kabul, Sopko wrote. Yet the nation’s military “appeared surprised and unready, and is now on its back foot,” even after the U.S. spent at least $83 billion to train, equip, operate and sustain it. In addition, “civilian casualties hit a record high in May and June, according to the UN Assistance Mission in Afghanistan,” Sopko wrote. U.S. military officials reported 2,035 civilian casualties in April and May, which included 705 deaths and 1,330 injuries. “The overall trend is clearly unfavorable to the Afghan government, which could face an existential crisis if it isn’t addressed and reversed,” Sopko wrote. The U.S. withdrawal, which is to be completed in August, will greatly complicate further assessments of where and how much control the Taliban is gaining in districts, according to Sopko.

One of the bright spots for the Afghan military has been its air force, a blend of seven types of aircraft including A-29 Super Tucano propeller planes performing close-air support with precision guided munitions and U.S. and Russian-made transport helicopters. The U.S. has spent about $2 billion on the air force. But there’s been a rapid deterioration. As of June 30, only 167 of 211 aircraft were operational, and the force lacks qualified air crews. Five of the seven airframes had decreases in readiness in June and this “coincided with the Taliban offensive and the withdrawal of U.S. and Coalition forces, including aircraft-maintenance contractors,” Sopko wrote.

Even as the U.S. military pulls out, leaving several hundred troops to guard the American embassy in Kabul, the watchdog work of Sopko’s agency continues, but in more dangerous and limited circumstances. About $6.7 billion is currently appropriated and awaiting to be disbursed in Afghanistan, with additional billions expected to follow. Conducting oversight of those funds “will be much more difficult,” Sopko wrote, but it “can be done.” Investigators “will expand their work with U.S.-based Afghans and international law-enforcement officials to fight activities like corruption, narcotics production and trafficking, and money laundering,” he said.