Kabul: Following the escalation of the war in Afghanistan and the reluctance of the Taliban to engage in serious talks, President Ghani said that he will never give in to plans that will ruin the country.

“We have seen reports involving the devastation of Afghanistan and prepared from abroad by networks that want to turn Afghanistan into a battlefield,” Ghani said at a ceremony marking National Flag Day on Thursday. According to him, if the Taliban believe in judging by the sword, the Afghan defense and security forces are ready to respond with the sword; but the use of force does not work, and the basic solution is to continue the dialogue and political agreement.

In another part of his speech, the President emphasized that the flag of Afghanistan is a symbol of the pride of the people of this country for several thousand years and a clear example of national determination and will. The Government of Afghanistan has declared Thursday (July 29, 2021), as National Flag Day, and in recent years, the Afghan flag has been flying throughout the country.

This comes even as Taliban delegation met with Chinese Foreign Minister. Mullah Ghani Baradar, the deputy leader of the Taliban, led a delegation to China and met with Chinese Foreign Minister Wang Yi. The Chinese foreign minister told the Taliban delegation that the group was expected to “play an important role in the peaceful reconciliation and reconstruction process in Afghanistan,” according to Reuters. The Chinese foreign minister also said he hoped the Taliban could suppress the “East Turkestan Islamic Movement”, which China considers a threat to its national security. 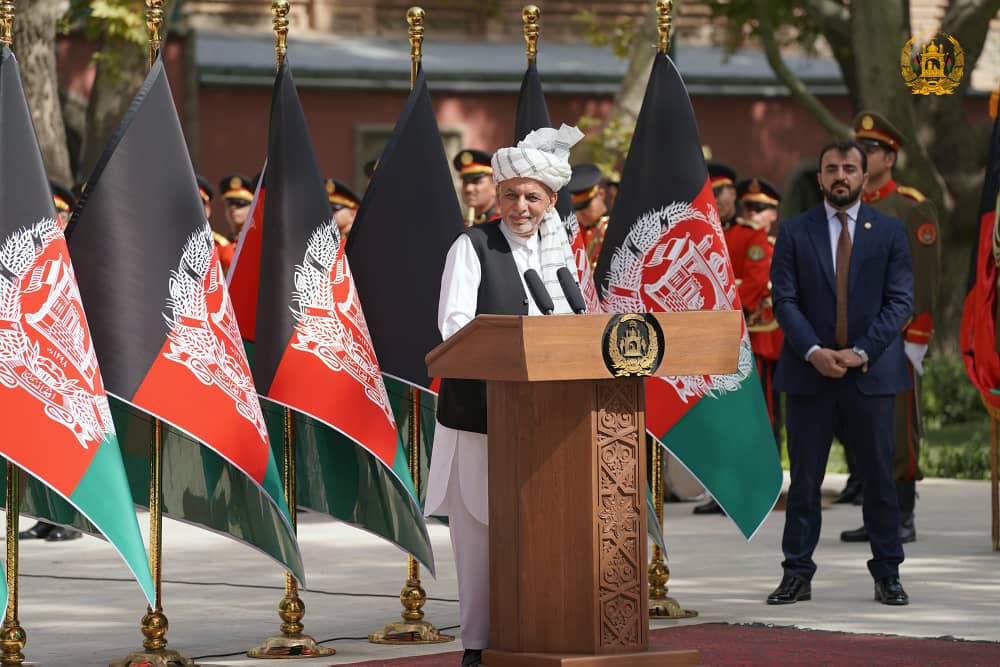 Meanwhile, in other news, it has been about a week since the night curfew was imposed in 31 provinces. Announcing the government’s decision, the Interior Ministry said that the curfew will be in force in all provinces except Kabul, Panjshir and Nangarhar from 10:00 pm to 4:00am. The plan is said to be aimed at preventing the Taliban from infiltrating cities and possible attacks by the group.

At the same time as the official start of the process, Bamyan police have banned people from touring the city during the night. A number of residents of Bamyan province have opposed the government’s decision and called for its repeal. Following the criticism, the governor of Bamyan now says the security situation in the province is normal and there are no concerns.

Bamyan Governor Mohammad Tahir Zaheer told Hashte Subh daily that the provincial police had called for the lifting of the curfew in the province due to its assessment of the security situation. The governor of Bamyan added that the curfew has not been lifted yet, but the police has asked the Interior Ministry to make an exception for Bamyan and remove it from the 31 provinces included in the plan. He emphasized that the security situation in Bamyan province, especially inside the city, is quite normal and there are no concerns. The governor also clarified that Bamyan is a tourist province and it is “better” to remove the restrictions on night tourism during the tourist season.

But Homayoun Ilkhani, spokesman for the Bamyan Police told Hashte Subh daily that he was unaware of the command’s request to lift the curfew. He said the decision to ban night curfew had been taken by the central leadership and that Bamyan police were required to comply. However, some Bamyan residents see the government’s decision as detrimental to the province’s tourism industry.