Kabul: The Islamic State organization is swallowing up territories in Afghanistan amid NATO’s withdrawal from the region and an irresponsible approach by a number of officials in Kabul, Russian Foreign Minister Sergey Lavrov said on Friday.

“It is important to shine the spotlight on Afghanistan, where Islamic State – Khorasan (IS-K) members are actively concentrating their forces, and they do so, taking advantage of an irredeemably drawn-out process of hammering out real peace negotiations. We are worried about this, because Islamic State – Khorasan (IS-K) is actively acquiring territories – mostly in Northern Afghanistan, right on the borders of countries that are our allies, amid the irresponsible behavior of some officials in Kabul and amid the hasty withdrawal of NATO, who is unable to report the achievement of at least some goals,” he said.

Lavrov noted that Russia holds consultations with CSTO member states in order to ensure security in Central Asia amid Islamic State – Khorasan (IS-K)’ ramped-up activities. “Of course, we seek to persuade political circles about the need to stop dragging out the negotiation process, and that agreements on a transitional government must be achieved,” the top diplomat noted. “We are also doing it within the so-called ‘extended troika’ of Russia, China, the US and Pakistan.” 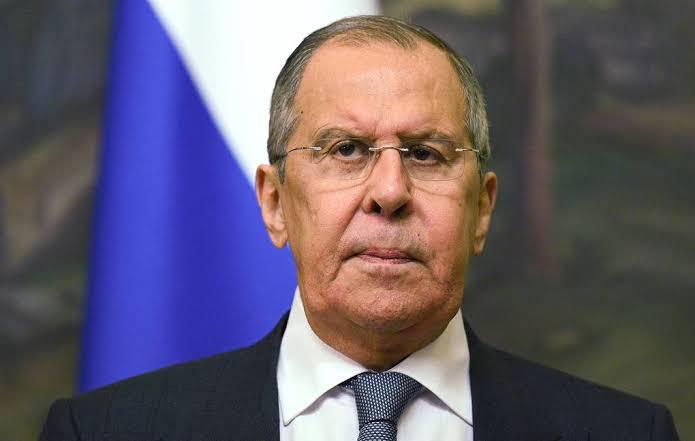 Referring to Pakistan’s close cooperation with Iran on Afghanistan, the Pakistani foreign ministry spokesman said, “Pakistan in past had worked with Iran on Afghan peace and we think all countries, especially the immediate neighbors of Afghanistan, must contribute towards the Afghan peace process.” Last week, Taherian Fard traveled to Afghanistan and Pakistan to discuss the latest developments related to peace and Tehran’s consultations with Afghanistan’s neighbors. In a meeting with Afghan Foreign Minister Mohammad Hanif Atmar, Taherian Fard proposed a tripartite meeting of Kabul, Islamabad, and Tehran.

This comes even as Acting Defense Minister General Bismillah Khan Mohammadi spoke over the phone with his US counterpart and both sides acknowledged the shared sacrifices of US and Afghan Forces, according to a Pentagon readout. “On July 1, Secretary of Defense Lloyd J. Austin III spoke with Minister of Defense of the Islamic Republic of Afghanistan Bismillah Khan Mohammadi to congratulate him on his new appointment as Afghan Defense Minister. Secretary Austin stressed that the Department of Defense is deeply invested in the security and stability of Afghanistan, and in the pursuit of a negotiated settlement that ends the war. He also reaffirmed the United States’ commitment to the Afghan National Defense and Security Forces (ANDSF) as the withdrawal of US forces continues,” the statement from pentagon said.

Minister Mohammadi expressed his appreciation for the United States’ continuous support to the Afghan Security Forces and the Afghan people, a statement from Afghan Defense Ministry said. Both ministers acknowledged the shared sacrifices of US and Afghan forces, including the most recent attacks on the ANDSF by the Taliban. Secretary Austin made clear the United States’ intent to transition to a new relationship with Afghanistan and with the Afghan forces, one that continues to help the Afghan Government meet its responsibilities to its citizens, according Pentagon statement.

Meanwhile, the Polish President Andrzej Duda and Polish Defense Minister Mariusz Błaszczak participated on Friday in the celebration of the Operational Command of the Armed Forces Day and the official end of the mission of the Polish Military Contingent in Afghanistan. During the event, the President handed a military banner to the Operational Command of the Armed Forces under the name of Bronisław Kwiatkowski.

He stressed that Polish soldiers were proudly representing their homeland in Afghanistan, adding that the mission was among the biggest challenges that the Polish Army has been facing so far. “We are here to support our allies in need, because we count on reciprocity should our homeland need such support,” he stressed. The mission in Afghanistan was one of the longest and most difficult foreign operations of the Polish Army. Poland has been present in the country for almost 20 years with over 33,000 Polish soldiers and employees of the Defense Ministry participating in the mission.

On the other hand, Austrian Chancellor Sebastian Kurz promised on Tuesday that authorities will ensure the perpetrators are “punished with the full force of the law.” “I find it intolerable for people come to us, say they are seeking protection and then commit cruel, barbaric crimes in Austria,'” he said. “Politically, this means for me that we will stick to our consistent line,'” said Kurz, who has taken a tough approach to asylum and migration policy. “With me, there will definitely never be a halt to deportations to Afghanistan or a watering-down of asylum laws toward asylum-seekers who commit crimes.”

This comes even as President of Afghanistan Ashraf Ghani will travel to Tashkent to attend a High-Level Conference on Central and South Asia: Regional Connections, local media reported. The conference will be held on July 15-16. The situation in Afghanistan will be discussed during this event.