Kabul: In a resolution, the National Ulema Council of Afghanistan described the ongoing war as illegitimate and called for an immediate end to fighting. The resolution stated that the war is fratricide, murder of Muslims, and destruction of public and private infrastructure.

Addressing a press conference, Acting Council Chairman Mawlawi Sardar Zadran read the resolution and added that the current war is detrimental to Islam and Muslims, and has caused the killing of youth, destruction of public facilities and farms, and increased hatred and enmity among the people.

Zadrad added that ulema in Indonesia, Bangladesh, Egypt, Saudi Arabia, and most recently Afghan and Pakistani ulema in Mecca conference have already issued fatwa on the illegitimacy of this war in Afghanistan.

In other news, Member of Parliament (MP) for Parwan province Abdul Zahir Salangi announced that he will reward anyone that provides information about those who destroy electricity pylons. Salangi pledged to pay his two-month salary, around 500,000 Afghanis as a reward, as the scheme is the only solution he thought of. Salangi rejected rumors that local thugs were responsible for the destruction of the pylons, and blamed terrorist groups, in particular the Taliban, for the act. Salangi added that he had identified such culprits and handed over to the ANDSF, 2 years ago, by proposing a reward of 300,000 Afghanis.

In fact, the Da Afghanistan Breshna Sherkat (DABS) called on the people to propose schemes to protect electricity facilities. DABS Spokesman Mohammad Hashim Sangar Niazi told Etilat roz that DABS will receive people’s proposals through social media and contacts, it has provided, merge them with DABS schemes and will forward to the relevant government agencies for further procedures. This comes as at least 27 electricity pylons have been destroyed across the country, over the past 2 months. Recently, storms destroyed two pylons in Paghman district of Kabul province; however, other pylons were detonated with improvised explosive devices (IEDs). Currently, Kabul and several other provinces are facing power shortages, due to the issue. DABS released a statement, stating that 39 pylons were destroyed over the past 6 months, which caused it millions of Afghanis in financial losses.

Meanwhile, local officials in Herat province reported that two kidnapping groups were disbanded during an NDS operation. The groups had 11 members and were involved in several kidnapping cases. Provincial Governor Abdul Saboor Qane told a news conference that one of the groups had kidnapped a religious scholar from Guzara district, who has been released during the operation. 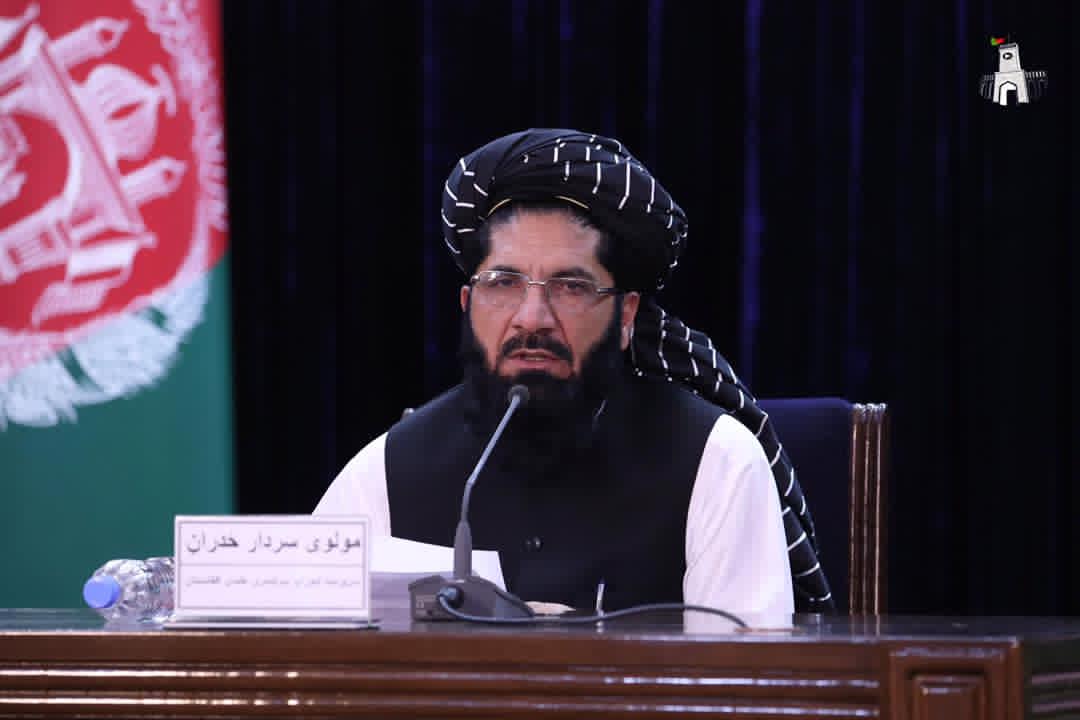 A kidnapper claimed that he was intending to build a madrassa from the religious scholar’s ransom, who would also get some reward in the afterlife. The kidnapped scholar said that he was in kidnappers’ custody for 23 days, who had asked for $500,000 USD as ransom. Local officials gave assurances that efforts are ongoing to free 3 individuals, who are still in kidnappers’ custody.

Also, the Office of Prisons Administration reported that former commander of the Afghan National Civil Order Police, Zmarai Paikan, has been transferred to the National Directorate of Security (NDS) for investigation. There has been a rumor that Paikan has been released from prison.

Head of the Office’s media department, Saifullah Jalalzai, told Hashte Subh daily that Paikan is still in government custody, and has been officially handed over to the NDS, for further judicial investigation. Jalalzai said that the Office is responsible to keep prisoners, and if the judiciary seeks further legal procedures into the cases, the prisoners will be handed over to them. Police arrested Paikan in August 2020, after 3 years of chasing. Three years ago, Paikan was sentenced to 8.5 years in prison on allegations of misusing his authority and cooperating with his son in a murder case.

Meanwhile, Badakhshan’s provincial repatriation and refugee directorate reported that recent violence and fighting have forced over 7,000 families to flee their homes in the province. Repatriation and Refugee Director Abdul Wahid Taibi told Hashte Subh daily that those displaced have sought shelter in Fayzabad district, the provincial capital, from the district suburbs and seven other districts, including 200 families from Kunduz province.

Also, the local Sima-e Solh radio/TV station in Samangan province temporarily closed due to an increase in insecurity, interference by the warring parties in providing information, and financial problems. Head of the station Ismail Sadat said that the recent insecurity has forced a number of media outlets in other provinces to close as week, and employees are not ready to work under current circumstances.

On the other hand, local officials in Balkh province reported that the Hairatan border crossing with Uzbekistan reopened to trade. Provincial Police Spokesman Adel Shah Adel told Etilat roz that the crossing had been closed to trade goods due to security threats, over the past days, and the situation has become normal now.
buy tadalafil online https://cleanandclearadvantagerecovery.com/wp-content/themes/twentytwentyone/inc/new/tadalafil.html no prescription

The provincial police headquarters gave assurances that the ANDSF consider the security of the people, particularly traders at crossing points, as their main priority, and will spare no effort in this matter.

Also, the Office of Prisons Administration has had the responsibility to manage all prisons, except the Bagram one, and has carried out the relevant affairs in accordance with the principles, criteria, and the country’s laws, and has tried to provide as many facilities as possible to prisoners. The Ministry of Defense (MoD) has so far managed the Bagram prisons and the Office is expected to take that responsibility in the future. Therefore, an Office delegation along with an MoD delegation have been deployed to Bagram prison, to assess the needs, and visit the prison and prisoners’ condition, in order to identify challenges and problems, and have the necessary advice in solving them.