Kabul: US President Joe Biden said on Friday that the drawdown in Afghanistan is “on track”, but troops will not leave the country in the next few days. When asked by reporters at the White House whether the United States will complete withdrawal in the next few days, Biden replied, “No, we’re on track exactly as to where we expect it to be.”

“I wanted to make sure there was enough running room that we wouldn’t be able to do it all till September,” he added. “There’ll still be some forces left, but it’s a rational drawdown with our allies and there is nothing unusual about it.” White House Press Secretary Jen Psaki later told reporters during a daily briefing that the withdrawal is expected to be completed by the end of August.

Biden in April ordered all US troops to leave Afghanistan before September 11, the 20th anniversary of the terrorist attacks that drew the United States into its longest war. Security situation in the war-torn country has deteriorated as Taliban militants continue heavy fighting against government forces and gain ground since the drawdown of US troops on May 1.

The Taliban advances have prompted the US intelligence community to conclude that the government of Afghanistan could collapse as soon as six months after the complete withdrawal of the U.S. military from the country, according to a report of The Wall Street Journal. “I think they have the capacity to be able to sustain the government,” Biden said on Friday. “But I am concerned that they deal with the internal issues that they have to be able to generate the kind of support they need nationwide to maintain the government.” He also noted that the Afghan military needs to depend on its own capabilities to ensure the security of the capital Kabul.

Biden’s words came as US troops had left a major military base in Afghanistan. A spokesperson for the Afghan Defense Ministry confirmed earlier in the day that all US and NATO forces in Afghanistan had evacuated the Bagram Airfield near Kabul, handing over the largest coalition base to Afghan government troops.

On Friday, Pentagon spokesman John Kirby revealed that the United States had handed over control of the Bagram Air Base to the Afghan forces and removed its troops as part of the ongoing drawdown of the American military presence in the region. The Bagram Air Base outside of Kabul, Afghanistan, has seen looting after American troops handed it over to the Afghan forces, according to Darwaish Raufi, Afghanistan’s district administrator for Bagram, cited by The Associated Press.

Dozens of looters entered the base on early Friday shortly after the Americans left, Raufi told the news agency. They stormed through unprotected gates, ransacked several buildings, and were later arrested by law enforcement. “They were stopped and some have been arrested and the rest have been cleared from the base,” Raufi told The Associated Press. “Unfortunately, the Americans left without any coordination with Bagram district officials or the governor’s office.” 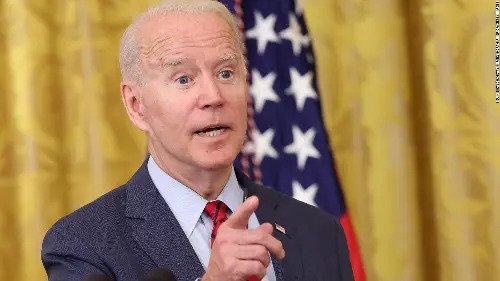 Currently, according to Raufi, Afghan security forces are in control of “both inside and outside of the base”. The looters invaded the base following the departure of American troops, with Pentagon spokesman John Kirby confirming that control of Bagram Air Base had been handed over to Kabul. The move was praised by the Taliban, with a spokesperson affirming that it was a positive step in the interests of both Washington and Kabul in achieving peace and security in the country. The departure of US forces in Afghanistan was directed by US President Joe Biden, with the goal to complete the withdrawal by September. “We consider evacuation of all US forces from Bagram a positive step and seek withdrawal of foreign forces from all parts of the country. Such is in the interest of both them and Afghans. Afghans can move closer to peace & security with complete withdrawal of foreign forces,” the Taliban statement said.

Also, as part of the drawdown process from Afghanistan, Secretary of Defense Lloyd J. Austin approved a plan to transfer authority from Army General Austin S. Miller to Marine Corps General Frank McKenzie, Pentagon Press Secretary John F. Kirby said Friday. Miller is the commander of US Forces-Afghanistan and the Resolute Support Mission. McKenzie is the commander of US Central Command. This is all part of the safe and orderly retrograde that will have all US troops out of Afghanistan by the end of August — well within President Joe Biden’s order. “We expect that transfer to be effective later this month,” Kirby said. “General Miller will remain in theater in coming weeks to prepare for and to complete the turnover of these duties and responsibilities to General McKenzie.”

Kirby emphasized that McKenzie will retain all existing authorities that Miller currently possesses and commander of US Forces, Afghanistan. “He will continue to exercise authority over the conduct of any and all counterterrorism operations needed to protect the homeland from threats emanating out of Afghanistan, and he will lead U.S. efforts to develop options for the logistical, financial and technical support to Afghan forces once our drawdown is complete.” This process will allow the United States to maintain a diplomatic presence within Afghanistan, as US and Afghan leaders hash out the new bilateral relationship between the nations. Austin also approved establishing US Forces Afghanistan to be led by Navy Rear Admiral Peter Vasely in Kabul. Army Brig. Gen. Curtis Buzzard will lead the Defense Security Cooperation Management Office, Afghanistan that will support Vasely. Buzzard’s office is based in Qatar. The security cooperation office in Qatar with Brig. Gen. Curtis Buzzard as its head will support the Afghan national defense forces, and security forces to include over the horizon, aircraft maintenance support Defense Department spokesman John Kirby said on Friday. The remaining US presence in Afghanistan will be focused on protecting a US diplomatic presence in the country, supporting security requirements at the Kabul airport, advising and assisting the Afghan national defense and security forces and supporting counterterrorism efforts, Kirby added.

However, Russian presidential envoy for Afghanistan Zamir Kabulov said Friday that the US cannot and should not transform the withdrawal of its troops from Afghanistan into the relocation of its military facilities to Central Asia. “We have already sent such a signal to Washington at various levels, I hope it will be heard,” Kabulov told Russian news agency, RIA. Kabulov called “a dead end” the current confrontation between the Taliban and the Afghan government and urged all sides to establish a coalition government.

He promised international support in forming an interim government, stressing that “the final decision on the configuration and parameters of the future power structure should be made by Afghans themselves.” The envoy expects that a suitable occasion for the launch of the negotiation process will come closer to autumn. He does not exclude a meeting to push peace talks.

“We continue to work together in the format of an expanded ‘troika’ with the participation of Russia, the United States, China, and Pakistan,” he said. “We do not rule out the convening of its next round in the near future. In addition, we keep in mind the possibility of organizing another meeting of the Moscow format, which, as you know, unites all the countries of the region around Afghanistan, as well as the United States,” he said. As for discussions on Afghan issues in UN structures, including in the Security Council, it is expedient at a later stage — when Afghan parties have already reached the signing of a peace agreement, he said.

This comes even as the situation in Afghanistan and the withdrawal of Western military contingents was the focus of talks between Russian Security Council Secretary Nikolai Patrushev and national security adviser to the Afghan president, Hamdullah Mohib, the press service of the Russian Security Council said on Friday. “Nikolai Patrushev and Hamdullah Mohib focused their attention on the security situation in Afghanistan amid the withdrawal of Western military contingents and on the degradation of the military political situation in the north of Afghanistan,” it said.

Patrushev and Mohib also discussed issues around the progress of and prospects for the intra-Afghan peace dialogue, and further bilateral cooperation between Russia and Afghanistan within multilateral formats, including among security and law enforcement agencies. “The sides discussed in detail issues of combating terrorism and drug-related crimes, cooperation in the trade and economic, and military-technical spheres,” it noted.

Meanwhile, translators and other Afghans who assisted American forces during the war will be relocated to foreign countries while their US visa applications are processed, the White House said on Friday, declining to give further details.