Kabul: The Civil Aviation Authority of Afghanistan said that due to increased insecurity, civilian flights to Herat have been suspended until further notice.

A spokesperson for the agency, Naeem Salehi, told the BBC that clashes between government forces and the Taliban had intensified in Pul-e Malan, where the Khwaja Abdullah Ansari airport is located. He said that passenger and flight immunity “must be 100 percent” for flights to take place. But according to Salehi, in the current poor security situation, this is not possible.

He said that once the situation returns to normal, flights will resume. There are six daily civilian flights from Herat to Kabul and other provinces. The United Nations also has flights to and from the province, all of which have been suspended for the time being. Clashes between government forces and the Taliban have reportedly intensified near the provincial capital.

All this comes even as President Mohammad Ashraf Ghani has called for an extraordinary meeting of the National Assembly. Hojjatullah Kheradmand, the deputy secretary of the House of Representatives, told Hashte Subh on Saturday that an extraordinary session of both houses of the National Assembly would be held on Monday at the request of the president.

According to him, the president will address the meeting. He said that the agenda of this extraordinary meeting is to discuss security and peace issues.

In other news, 20 generators arrived in Jalalabad city from Bagram Air Base, at the order of President Ghani. Provincial Breshna Head Ghulam Haidar Faqirzai said that the generators have the capacity to provide 10.5mg of electricity, which will increase electricity in the province to 115.5mg. Faqirzai added that the central government has also been asked to provide fuel for generators, as per the Nangarhar governor’s office.

Meanwhile, Reporters Without Borders has warned that the escalation of the war in Afghanistan will lead to the closure of more media outlets in the country. Reza Moeini, head of Afghanistan and Iran at the organization, called on the international community to support Afghan journalists at a news conference in Kabul on Saturday. He described the deliberate killing of 11 journalists in the country as a “major catastrophe” for the media community in Afghanistan and around the world. 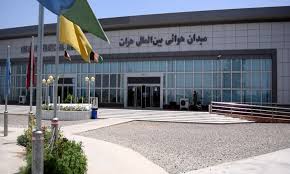 Moeini said that Reporters Without Borders has taken the case of the murder of 11 Afghan journalists to the International Criminal Court in the Hague this year and called for an investigation into their killings. Moeini also said that more than 70 journalists had been killed in Afghanistan since 2001, 17 of them foreign journalists.

Also, over the past 48 hours, Kabul police arrested 17 suspects from different parts of Kabul in connection with committing criminal acts. These people are associated with crimes such as armed robbery, illegal weapon transfer, mobile phone theft, beating, misdemeanor crimes and extortion from the first, second, fourth, fifth, sixth, seventh, eighth, ninth, tenth, 11th, 12th, 13th, 16th PDs and Deh Sabz districts of Kabul have been identified and detained by the police. Police confiscated four rounds of handguns from the detained suspects. Police also received two stolen vehicles and handed them over to their owners.

On the other hand, the Taliban have confirmed that members of the group executed two people in the Nahr-e Saraj district of Helmand province on charges of murder and kidnapping. Taliban spokesperson Zabihullah Mujahid told Subhe Kabul daily that two people involved in murder and kidnapping who had confessed to the crime were executed by members of the group in Helmand.

According to him, a kidnapped child has also been released from their clutches. The Taliban spokesman did not provide further details; but social media users posted a video saying that the two men were executed by Taliban fighters in the district on Saturday morning. Security officials have not commented on the matter.

Meanwhile, residents of Paktia province’s districts under Taliban control said that Taliban fighters in those districts have banned the teaching of a number of school subjects. But officials from the province’s education department say the teaching of these subjects is proceeding normally.

In addition to Patan, Samkani, Janikhel and Zazai Aryub districts, the Taliban have told schools in a number of other districts to teach other subjects instead of patriotism, culture, civics and vocational education. Meanwhile, a resident of Paktia’s Samkani district said that the Taliban insurgents go to Samkani High School once a week, where they teach students how to use weapons. He added that the Taliban teach their thoughts to students and attract them to their ranks.