“In the phone call, Akar stated that Turkey and Afghanistan have shown solidarity in the face of the difficulties both countries have faced throughout history,” the statement said. It added that Turkey has been carrying on its activities for the peace and welfare of its Afghan brothers for a long time.

Turkey will continue to stand by the Afghan people as long as they want, the statement noted, adding that it is important to keep the peace process alive in Afghanistan.

Meanwhile, if Turkish soldiers remain stationed in Afghanistan following the United States-led NATO troops’ withdrawal, the security of the Kabul Hamid Karzai International Airport will be the only task carried out by them, security sources said on Friday. Ankara has a clear stance that Turkish soldiers will not have a combat mission in Afghanistan and will not be a party to the conflict.

After the U.S. decision to withdraw from Afghanistan, Turkey’s continuation of its duty to operate the Kabul airport, which it maintains under NATO, was brought to the agenda. Providing the security of the critically important airport that connects Afghanistan to the world for six years, Turkey notes that this task can be continued if the conditions are met.

Most recently, no decisions have been made as of yet about the details and scope of the mission Turkey will potentially shoulder in securing and operating Kabul Hamid Karzai International Airport in Afghanistan’s capital city, Turkish security sources stated, adding that the negotiations are expected to be finalized in August. 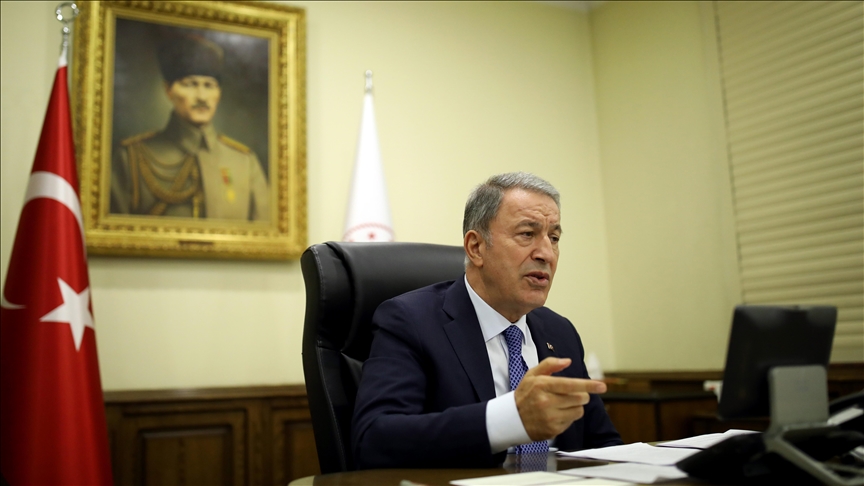 Turkey, whose forces in Afghanistan have always consisted of non-combatant troops, has offered to guard the airport as questions remain on how security will be assured along major transport routes and at the airport, which is the main gateway to the capital Kabul. The security of the airport is crucial for the operation of diplomatic missions out of Afghanistan as Western forces pull out. The airport is in a strategic location close to the Afghan presidential palace and foreign diplomatic missions in Kabul and is the only place from which to evacuate diplomats in emergency situations.

The Turkish Foreign Ministry has called for a fair burden-sharing of the task given that the “uninterrupted, safe operation of the airport is indispensable for the continued presence of diplomatic missions in Afghanistan.” However, the Taliban have opposed Ankara’s proposal, saying that Turkey should also withdraw its troops in line with the 2020 deal for the pullout.

This comes close on the heels of the attack on the main UN compound in Herat on Friday, wherein at least one security guard was killed, according to the UN Assistance Mission in Afghanistan, or UNAMA. The United Nations in Afghanistan condemned in the strongest terms the attack on its main compound in Herat that resulted in the loss of life of an Afghan police guard and injuries to other officers. Heavy fighting between the Taliban and Afghan security forces was also seen near the compound. No UN personnel were injured in the attack, and UNAMA said it was urgently seeking to identify the perpetrators and hold them accountable.

“This attack against the United Nations is deplorable and we condemn it in the strongest terms,” said Deborah Lyons, the United Nations Secretary-General’s Special Representative for Afghanistan in UNAMA’s statement. “Our first thoughts are with the family of the officer slain and we wish a speedy recovery to those injured.” No UN personnel was hurt in the incident, in which entrances were attacked by rocket-propelled grenades and gunfire. “The perpetrators of this attack must be identified and brought to account,” said Lyons, who is also head of UNAMA.

The UN expressed its gratitude to the Afghan Directorate of Protection Services officers who defended the compound from the attackers. Also, US National Security Advisor Jake Sullivan also in a statement released said that the US strongly condemns the attack on the United Nations compound in Herat, Afghanistan that resulted in the death of an Afghan guard. “The United Nations in Afghanistan is a civilian entity focused on supporting peace efforts, promoting the rights of all Afghans and providing humanitarian and development assistance. Attacks against civilian UN personnel and facilities are prohibited under international law. We reiterate our call for an immediate reduction in violence in Afghanistan, and for all regional actors to encourage the parties to return to negotiations without delay so that the Afghan people can achieve a durable and just political settlement that brings the peace and security they deserve,” the statement added.

In other news, OCHA in its latest release stated that fighting between Government forces and non-state armed groups continues across Afghanistan. “There has been an alarming increase in civilian casualties and injuries, including women and children, in Kandahar City as clashes have continued in the Kandahar and Helmand provinces. Fighting has also been reported in new areas in the northeast province of Kunar, displacing 20,000 people within the province, and to Nangahar Province. Nine UN and partner organizations’ teams are assessing needs in Kandahar. Last week, about 1,800 internally displaced people received food, relief items, and water and sanitation hygiene support as well as physiotherapy and cash assistance. In Kunar, UN and partner organizations are assessing needs and responding. Urgent needs include food, water, shelter and health services. So far in 2021, 330,000 people have been displaced by conflict across Afghanistan. Another 5 million people remain displaced since 2012,” the statement added.