Kabul: Afghanistan has unveiled a new visa policy months after Pakistan had announced a new liberal visa policy for Afghan nationals that include long-term visas with multiple entries for businessmen, students, families, tourism and medical visas.

“The Islamic Republic of Afghanistan has introduced a relaxed visa regime for Pakistani citizens as a goodwill gesture and economic, social, cultural and expansion of relations between Pakistan and Afghanistan and to increase the people-to-people contacts,” Afghan ambassador Najibullah Alikhil told Daily Times on Friday. The Afghan embassy in Islamabad has issued details of the new policy.

Afghan Mission in Pakistan may allow multiple entry visas valid upto one year with duration of 60 days in each stay to ordinary Afghan nationals for visit/tourism. Free three-month medical visa will be issued at Torkham crossing. Afghan embassy in Islamabad may grant upto five years family visit visa with multiple entries with each stay of not more than one year to Pakistani nationals who have spouse of Afghan origin on provision of legal documents that prove their marriages. Afghan embassy in Islamabad may grant a five years business visa with multiple entries to genuine Pakistani businessmen whose investment is not less than less than 20 afghanis. A three-year business visa with multiple entries to genuine Afghan businessmen whose investment is not less than 20 million afghanis. Afghan missions in Pakistan may grant one-year multiple visas to Pakistani nationals on the recommendation letter by the Chamber of Commerce and Industry and trade counselors at the Afghan embassy and consulates. Businessmen will pay 150 dollars for a one-year visa, 200 dollars for two-year visa and 300 dollars for three-year visa. 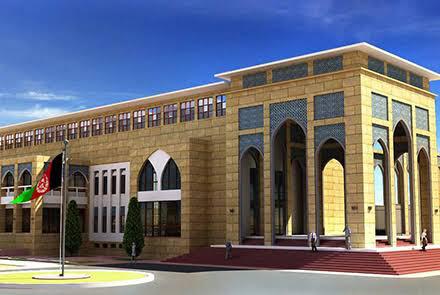 Afghan mission may grant entry study visas to Pakistanis for the duration of the study program with multiple entries at university level following documents on issuance of authorization. The Afghan ambassador said the country’s embassy and consulates are dealing with the growing number of Pakistani nationals who seek visa to go abroad visa Afghanistan in the wake of flight ban from Pakistan. “In the past the embassy would issue nearly 50 visas to Pakistanis daily but now the embassy sometimes issues over 1000 visas.

In other news, Pakistan and Uzbekistan have agreed to determinedly continue high-level exchanges and enhance mutual cooperation and understanding in diverse fields.
buy strattera online https://mexicanpharmacyonlinerx.net/dir/strattera.html no prescription

The two countries reached an understanding during the inaugural round of Pakistan-Uzbekistan Bilateral Political Consultations held between the two sides. They expressed satisfaction on the positive momentum in high-level visits and interactions including the visit of the Uzbek foreign minister to Pakistan and virtual summit between Prime Minister Imran Khan and President Shavkat Mirziyoyev. The two sides discussed progress on Trans-Afghan railway project between Pakistan, Uzbekistan and Afghanistan. Body sides underlined the convergence of views in ensuring security, stability and lasting peace in Afghanistan through an Afghan-led and Afghan-owned peace process.

Meanwhile, the Central Bank of Afghanistan (CBA) has fired a number of its employees, for failing to include Pashto language in the Geneva Conference Commitments, but it did not disclose the number of dismissed employees. The CBA added that the dismissal was as lesson to other employees to avoid making such a mistake.