Kabul: In an interview with an Indian newspaper, The Hindu, former Afghan president Hamid Karzai has said that the US has failed in its mission in Afghanistan, and said hopes for regional security solutions depend on Russia, China, Iran and India, and an end to extremism by Pakistan.

Karzai stated that he believed there was no terrorism in Afghanistan, and no extremism in Afghanistan. “The part which we suffer now, and has not been fulfilled, was the mission, as was stated by the United States repeatedly, that their presence in Afghanistan is to fight extremism and terrorism and bring stability. That has obviously failed. Look at our condition. Look at where we are, just a month and a half ago, more than 85 Afghan schools, girls, young girls and teenagers were killed,” he said.

Karzai added that the Taliban are from the same country and that the government must sit together and not be victims of a foreign plot in which we Afghans die, and others reap the profits. “Therefore, the solution to whatever mechanism that brings peace to Afghanistan and stability to our nation, is something that Afghan people will wholeheartedly work for,” he said.

However, he condemned the ongoing violence by Taliban and added that their support came from the neighborhood of Afghanistan. “There are two sides to this failing situation in Afghanistan, one is the misconduct of the United States policy, visibly in Afghanistan itself, and the way they dealt with our neighbors, Pakistan. They complained against Pakistan. And yet they provided them support. So, we suffer from these two contradictions,” he said.

He added, “I have my own daughters growing up in Afghanistan. They are little girls now that are growing up, and I want them to have an excellent future in their own country, to be educated to be what they want to be, to serve the country. And there is no compromise on that.”

On the Doha peace talks, he said that it has not been productive so far and it has not given the results that Afghanistan wanted. “We want it to succeed. We’re looking forward to meeting with the leaders of the Taliban movement. We also hope that our engagement with Pakistan, if it happens, will be one that will lead both nations to a better relationship. That is a desired outcome people and we’re looking forward to substantive real engagement on this,” he said. 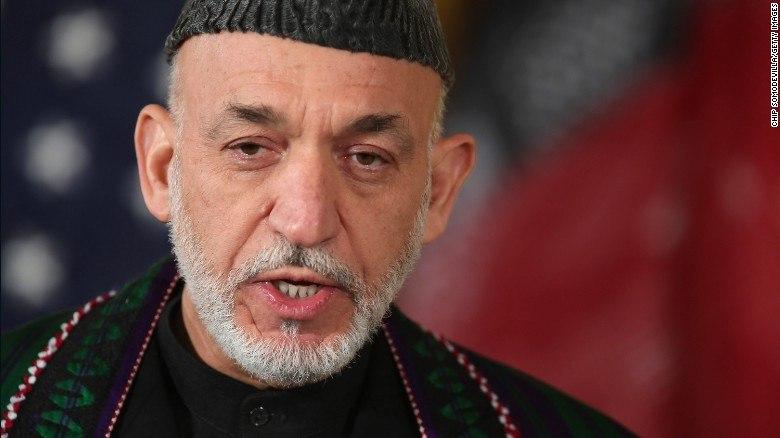 On India talking to Taliban, Karzai said, “India has been a tremendous ally, there are various reconstruction and development projects that India implemented in Afghanistan. I have been for a long, long time of the view that South Asia must be peaceful, and that we must all live together, exactly the way the European Union is now having a very profitable and free interaction among the states there. And for that to happen, how can we not recognize that India must be part of the processes in this region, not only the peace process, but everything else? Therefore, I welcome India’s talks to the Taliban. I think it was long overdue. I hope it has occurred. I don’t have first-hand information from either the Government of India nor the Taliban. But I wish it is true.”

On Pakistan, he said, “Our expectation, and our hope is that change has occurred in Pakistan. Afghan people will engage with Pakistan in all sincerity in making sure that Afghanistan and Pakistan have good positive, good neighborly friendly, civilized relations,” he said.

On Russia and China, Karzai said, “Russia has conducted several very productive rounds of intra Afghan dialogue in Moscow from November 2018, to last March 2021. And the last Troika plus meeting ended with a very good declaration statement on Afghanistan. Russia has done all it could, and I very much want Russia to do a lot more. China is a good friend of Afghanistan, a neighbor of Afghanistan, it means well for the Afghan people, we also hope very much they would step up their profile and activity in Afghanistan. We hope that the Troika plus would include Iran and India as well. Peace in this region can only come when we join hands, all of us, and remove the competition, or the negativity surrounding this exercise.”

On the future of Afghanistan, Karzai said, “Afghanistan faced extremely difficult circumstances in the past 40 years. We are resilient people. There is an immense vision amongst the Afghan youth to grow their own country, and we must provide for our own security. We cannot depend on any outside source for our security. And we hope that our neighbors will understand that Afghanistan wishes good relations, especially with Pakistan.”

Karzai also denied trying to get in a position in the new government. “Leading any such arrangement would hurt my efforts for peace, and I don’t want my efforts to be tainted that way. As a citizen of Afghanistan, I’m working for a peaceful life, for the Afghan people, for myself, for my children, for my friends for the country. But in no way would I be part of any mechanism that becomes a government,” he clarified.