The AMD has forecast rainfall of 10-20 millimeters in various parts of the aforementioned provinces.
buy vigora online https://www.evercareop.com/wp-content/themes/twentytwentyone/inc/new/vigora.html no prescription

In other news, the 6th exhibition of domestic products under the banner “Peace and Self-Sufficiency” was launched in Herat city on Sunday. The exhibition includes 220 stands and will be open to visitors for five days.

Commerce and Industry Minister Nisar Ahmad Faizi Ghoryani inaugurated the exhibition and called on the Taliban to stop fighting and violence, and work at industrial factories, instead of making an earning through fighting. Ghoryani said that industrial parks, particularly in Herat province, are able to employ most of Taliban fighters and the group must seize this opportunity. 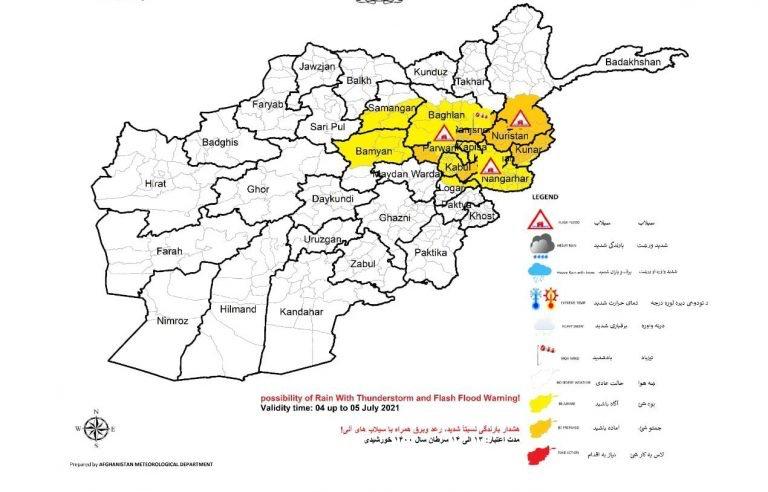 Ghoryani added that exhibition of domestic products is a proper opportunity to raise public morale and increase willingness in investment, gave assurances that the government is supporting all economic activities to help increase active manufacturing firms. Industrialists and businessmen expressed concern about an increase in violence, called on the government to curb insecurity, and warned that the continuation and further increase in insecurity will affect investment.

Provincial Governor Abdul Saboor Qane assured that the ANDSF are able to curb security threats and will not allow the Taliban to disrupt economic activities. Reportedly, over 150 manufacturing firms are currently active at the provincial industrial park.