Kabul: The civil aviation authority of Afghanistan said in a statement that the radar and VSAT systems guiding flights from Bagram airfield and Hamid Karzai International airport reactivated. Both the systems were deactivated before Resolute Support vacate the Bagram airbase in the north of Kabul.

It comes after local residents of the Bagram district of Parwan province started plundering the military base soon after the last plane carrying US troops flew from the airbase. Local people purportedly stormed the base and took away a great deal of equipment late on Friday night. Afghan National Army and Police now manning security of Bagram airbase, arrested some culprits and shot wounded others. The Afghan security personnel said that US troops flew and left the airbase without coordination or informing them which caused the plunder.

Bagram airbase, the biggest and most paramount military base for the US and coalition forces in combat with Taliban and hunting down Al-Qaeda perpetrators, evacuated two days back bringing the total number of US troops based in Afghanistan to around one thousand. Although Pentagon has not clarified the exact date of its last soldier leaving Afghanistan it says that around one thousand US troops will remain in Kabul until handing over security of Kabul airport to Turkish troops. Bagram airbase is now sixth in Afghanistan being handed over to ANDSF by US troops. Afghanistan Ministry of defense says that they will soon start using the airfield in suppressing the Taliban.

Meanwhile, The US Embassy in Kabul tweeted on Sunday evening that it is open and have no plans to close down. “As directed by President Biden, we will continue to have a robust diplomatic presence in Kabul to carry out the range of work we do with the government and people of Afghanistan. We have no plans to close the Embassy. The US Embassy is constantly planning for contingencies and how to mitigate risks to our people and programs. We are aware of security challenges to operating in Afghanistan, and we will adjust our presence as necessary to address these challenges. We are confident that we can conduct our work in a safe manner to the benefit of Afghanistan and the bilateral relationship. Similar to all of our missions overseas, the Embassy has well-developed security plans to safely protect our personnel & facilities. As President Biden and Secretary Blinken have said, while the US military presence in Afghanistan is ending, the US Embassy will continue our diplomatic, humanitarian, and security assistance programs in Afghanistan.”

Meanwhile, expecting large refugees due to the ongoing violence in Afghanistan, a tent city has been erected outside the southern Uzbekistan city of Termez, apparently in advance of an anticipated flow of refugees from bordering Afghanistan, local residents told Eurasianet.

Termez-based journalist Abror Kurbanmuradov, who on July 3 visited an area near the Hairaton border outpost, the only official crossing from Afghanistan, told Eurasianet that he was not permitted to view the tents, but that officials with the security services confirmed the presence of the camp. “The [State Security Services] officer said the tents had been put up in case of emergency or unexpected developments,” Kurbanmuradov said. “There is no one in the tents yet.”

Another journalist with knowledge of the layout of the camp told Eurasianet that at least 80 large tents equipped with beds and some communication and field equipment have been put in place at the site. The appearance of the camp comes while Uzbek Foreign Minister Abdulaziz Komilov is on a weeklong working visit to the United States, where he is understood to have been engaged in talks with officials in Washington on how Tashkent might assist in coping with a fast-evolving security situation in Afghanistan. The visit is scheduled to wrap up on July 4.

According to a Bloomberg report on July 2, the Biden administration has reached out to Uzbekistan, as well as Kazakhstan and Tajikistan, to ask if they might temporarily accommodate up to 9,000 Afghans who might face reprisals for working with US military forces. Around 18,000 such Afghans are reportedly going through the motions of applying for special immigrant visas, which would entitle them to later claim refugee status. A portion only now initiating the process need to be accommodated in a third country pending approval, however, according to Bloomberg’s reporting. 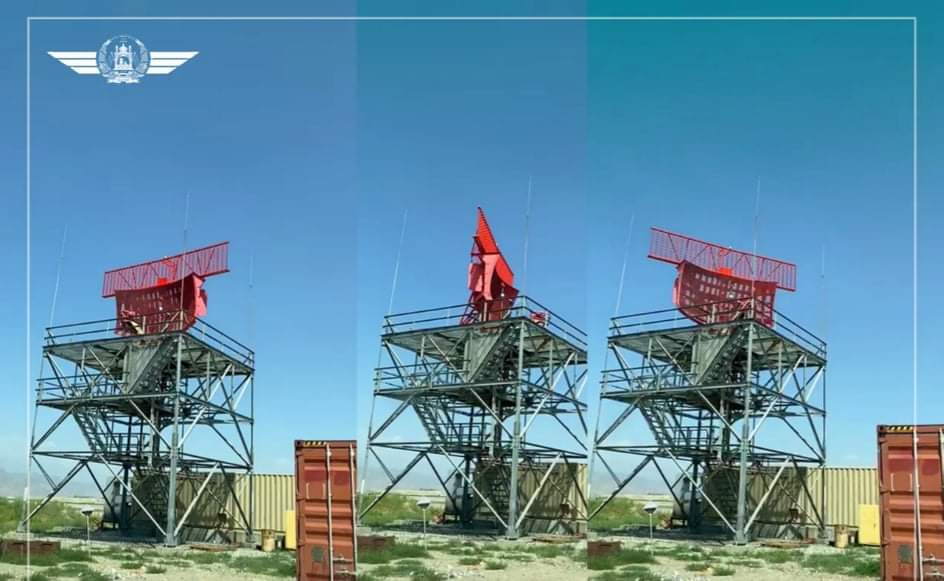 It is unclear whether the Termez tent facility is intended for those visa applicants or for people fleeing the unrest affecting districts just across the river. The proximity of the fighting in Afghanistan is now starting to seed fears inside Uzbekistan, not least among the Afghan community in Termez.

Meanwhile, Uzbekistan too has taken a firmer line against escaping Afghan troops, warning them that they are violating international law by crossing the border without approval. A spokesman for the presidential administration in Tashkent had said on June 28 that there had been several such attempts in the preceding few days. Several hundred Afghan border troops were forced to seek shelter in Tajikistan on Saturday, fleeing a major offensive by the Taliban, which has intensified its attacks amid the withdrawal of US troops from the country. More than a dozen districts, mostly in Afghanistan’s northeastern Badakhshan Province, have fallen into the hands of the Taliban over the past 24 hours, security sources told TOLOnews.

The heavy fighting on the other side of the border was also confirmed by the military of neighboring Tajikistan. More than 300 Afghan frontier troops had to cross into Tajik territory to avoid heavy losses amid clashes with the advancing militants, the press service of Tajikistan’s border forces told news agency RIA Novosti. The foreign servicemen were allowed to enter “in line with the principles of humanity and good neighborliness,” it added. The press service confirmed that the border with Afghanistan remained under the full control of Tajik forces.

The Afghan defense ministry said that, despite retreating, the government troops managed to kill at least 224 Taliban insurgents on Saturday. “The security and defense forces of Afghanistan will not spare any efforts” to retake the areas that have been recently seized by the Taliban, Ministry Spokesman Fawad Aman promised.