Kabul: Local officials in Badghis province reported that Taliban attack on the outskirts of Qala-e Naw district, the provincial capital, was repulsed. Provincial Governor Hesamuddin Shams told Radio Azadi that 11 Taliban insurgents were killed and nine others were wounded, during the clashes, whilst two civilians were also killed as a result of Taliban’s mortar attack.

A local source, who asked to remain anonymous, said that three ANDSF outposts fell to the Taliban, during the attack, where five ANDSF members were killed and three others were wounded.

However, Taliban have captured a key district in their former bastion of Kandahar after fierce night-time fighting with Afghan government forces, officials said on Sunday, the latest area to be seized since US troops began their final withdrawal. The fall of Panjwai district in the southern province of Kandahar comes just two days after US and NATO forces vacated their main Bagram Air Base near Kabul, from where they led operations for two decades against the Taliban and their Al-Qaeda allies, as per a AFP report.

Over the years, the Taliban and Afghan forces have regularly clashed in and around Panjwai, with the insurgents aiming to seize it given its proximity to Kandahar city, the provincial capital. The province of Kandahar is the birthplace of the Taliban, who went on to rule Afghanistan with a harsh version of Islamic sharia law until being overthrown by a US-led invasion in 2001. Panjwai district governor Hasti Mohammad said Afghan forces and the Taliban clashed during the night, resulting in government forces retreating from the area. “The Taliban have captured the district police headquarters and governor’s office building,” he told AFP. Kandahar provincial council head Sayed Jan Khakriwal confirmed the fall of Panjwai, but accused government forces of “intentionally withdrawing”.

Meanwhile, the Aqina dry port has remained inactive over the past week, as fighting has reached within 10km of the border crossing. Local residents expressed concern about the port’s closure and warned that residents of Andkhoy, Khani Char Bagh, Qaramqol, and Qurghan districts are facing with difficult conditions, due to food shortages.

Secretary of the provincial council, Mohammad Rozi, told Radio Azadi that the ANDSF have erected defense lines 10km from the port, as the Taliban have closed the roads to cargo trucks towards Jowzjan province and Aqina port.
buy cymbalta online http://expertcomptablenantes.com/wp-content/themes/twentytwentyone/classes/new/cymbalta.html no prescription

Rozi added that the price of food and fuel has increased, which will have dire consequences for local residents. Provincial Governor Enayatullah Kamal told Azadi Radio that the Taliban are intent on capturing Aqina port, but it will fail to achieve that objective. Kamal assured that the ANDSF will recapture the lost areas, before a tragedy occurs.

Meanwhile, President Ghani met with prominent jihadi leader Abdul Rab Rasul Sayyaf at the Presidential Palace, before noon on Sunday, as part of President’s series of consultation meetings with political and prominent figures. Both sides discussed the need for strengthening national consensus, unified position against the enemy, clear support for the ANDSF, and continued efforts for peace.

In other news, Kabul’s provincial police reported that a man shot at his young son in PD16. Provincial Police Spokesman Firdaws Faramarz stated that the incident happened before noon on Sunday, the police are chasing the perpetrator, and the reason behind the incident is unclear.

Meanwhile, Head of Radio Kishm in Badakhshan province, Noor Agha Noori, told Radio Azadi that the station had to close due to security problems. Noori said that the Taliban attacked and captured the area, and he had to close the station three days ago, to avoid any damages. Noori added that the Taliban told him to stop radio operations until further notice, to allow the group to make decision about media activities in the area. Currently, all Radio Kishm employees are off, due to security concerns. 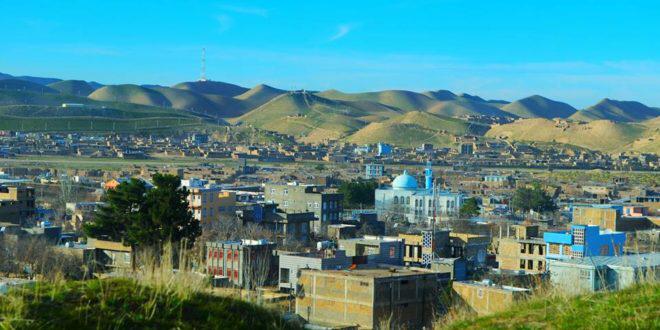 Head of Radio Baharistan in Baharak district also reported that the station had to stop its activities, due to insecurity. Radio Darman in Aqcha district of Jowzjan province has also stopped its operation, as the Taliban have captured the district. Head of Nai-Supporting Open Media in Afghanistan, Abdul Mujib Khelwatgar, reported that about 20 local radio stations have so far stopped their operations in northern districts, which experience heavy fighting. Khelwatgar expressed concern that the continuation of the situation will forces additional media outlets to stop their operations.

Head of journalists’ safety committee in Jowzjan province, Farida Amini, stated that broadcasts are occurring in favor of the Taliban. Taliban spokesman Zabihullah Mujahid stated that the group has placed no restrictions on radio operations and has only urged them to remain neutral.

Meanwhile, local officials in Paktia province reported that a civilian vehicle hit a roadside improvised explosive device (IED) in Robat area of PD4 in Gardez city on Sunday, which killed four civilians, including two women and a child. Provincial governor’s office stated that the Taliban had planted the IED on a secondary road. The office added that the ANDSF also detected and disarmed four IEDs, which the Taliban had planted in Robat area.

Also, Herat’s provincial telecommunications officials stated that an explosion at telecommunications facilities in Islam Qala Township has caused about $1 million USD in financial losses. Provincial Telecommunications Director Ashiqullah Alizai told Etilat roz that the Taliban attacked and detonated Islam Qala telecommunications department. Alizai added that the repair work will take time and the province will face problems in its internet speed for a period of time, as the required equipment should be transported from Kabul. Alizai highlighted that the threats were repeatedly shared with the ANDSF; however, no action has been taken to thwart such threats, and the sole security outpost near the facilities was removed. The Taliban have yet to comment on the report.

Keeping all this in mind, the Senate called on the government to provide clarification over reasons behind the evacuation of districts. First Deputy Senate Speaker Mohammad Alam Ezadyar told the Senate that the fall and evacuation of districts are questionable and ambiguous, as the issue without any clashes has concerned the public. Ezadyar added that perpetrators behind the collapse of districts should be identified and investigated, whilst those ANDSF who fight the enemy must be rewarded, and that the government must try to appoint experienced and competent individuals in security positions.

Ezadyar also called on the human rights organizations not to remain indifferent towards Taliban’s violations of human rights, and investigate these cases, as the Taliban have killed and forcefully displaced the people, and destroyed public facilities. Other senators also said that those who have evacuated military bases and districts or handed over their weapons and ammunition to the enemy should be investigated, and called on the government to remain accountable.