The office claimed that the vehicle had intended to target the introduction ceremony of the new provincial governor, which was scheduled for Monday; however, intelligence information led to its capture.

Also, the National Directorate of Security (NDS) announced that it targeted a core of Taliban’s key military commanders in Maidan Wardak province, and killed dozens of insurgents, including senior commanders. The NDS stated that the operation was conducted against a Taliban gathering in Mamaki area, in accordance with prior intelligence, where the commanders were planning to attack ANDSF positions and destroy public infrastructure.

The NDS added that a large number of weapons and ammunition were destroyed during the operation. The NDS gave assurances that it is observing all movements and activities of terrorist groups and it will suppress and eliminate central and military cores of terrorist groups in a long-term planning.

Meanwhile, local officials in Ghazni province reported that the Taliban carried out attacks against some parts of Jaghori and Nawur districts. Jaghori District Governor Arif Bahonar told Etilatroz daily that Taliban insurgents launched an attack against ANDSF outposts in Kotal Loman, from Tamaki area of Qarabagh district, and the clash has intensified.

Bahonar claimed that 12 Taliban insurgents were killed after the ANDSF targeted their position, in Tamaki village, on Sunday. Additionally, Nawur District Governor Tahir Zahedi told Etilatroz daily that the Taliban launched an attack against Qoshang area from Ajristan district, on Sunday night. Zahedi added that the Taliban captured and burned an outpost in Qoshang area, and the area is partially controlled by the group. Provincial Police Chief Hekmatullah Kochi said that Taliban attack against a people’s uprising forces in Jaghori district was repulsed, but he rejected Taliban attack against Nawur district. 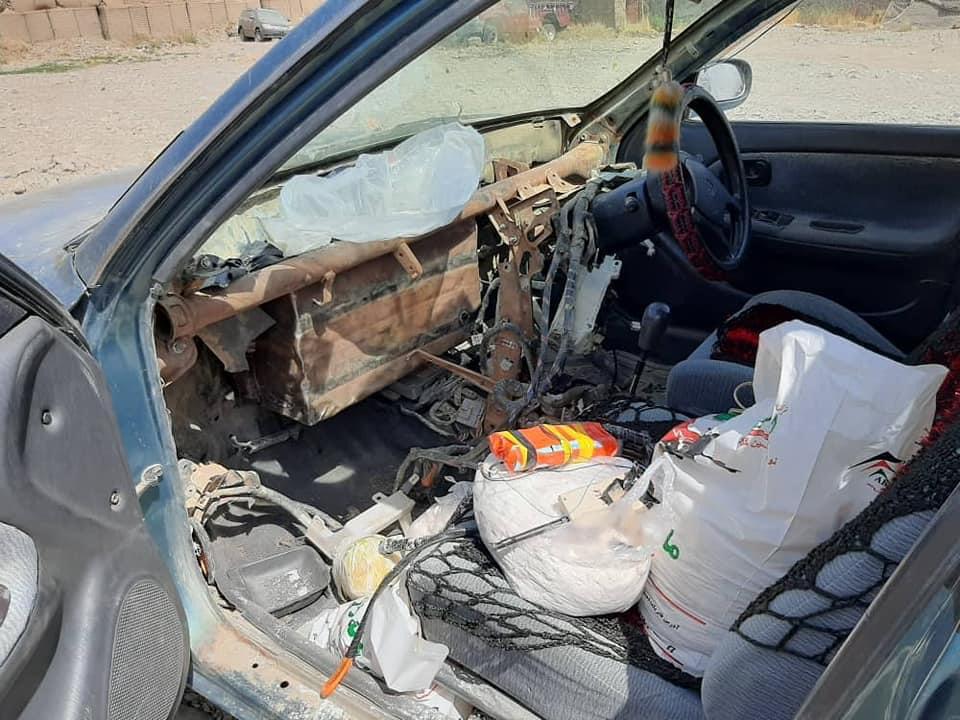 Kochi gave assurances that adequate coordination is in place amongst the ANDSF in the mentioned districts, and they enjoy enough facilities, and if required, further assistance will be provided and operations will be launched there. Kochi added that the Taliban are unable to attack or capture Jaghori and Nawur districts, as the locals are opposed to the group.

In other news, the Taliban also attacked an Afghan National Army (ANA) base near the Afghan-India Friendship Dam (Salma Dam) in Chishti Sharif district of Herat province, killing 16 soldiers, as per reports. Provincial council member Wakil Ahmad Karokhi told Etilatroz daily that the Taliban captured the base on Sunday night and took away the ANDSF equipment from the base. Karokhi urged the government to take serious measures to secure the dam. Local officials and the Taliban have yet to comment on the report.

Meanwhile, the Ministry of Interior’s (MoI) counter-crime police personnel launched a targeted operation in Panjshir province in coordination with provincial police, and arrested an individual, named Hamid aka “Hamid Ghancho,” who heads an organized criminal group. The MoI stated that the suspect is accused of murder, issuing death threats, and extortion from shopkeepers in Kabul city’s PDs 2 and 4, and the suspect has confessed to his crimes. The MoI added that an AK-47 has also been confiscated.

Also, local sources in Parwan province reported the arrest of four suspects on suspicion of detonating electricity pylons. Sources told Hashte Subh daily that a traffic policeman noticed and arrested two individuals with a jug near a pylon on Sunday, who were waiting to plant improvised explosive device (IED) near the pylon. The traffic policeman informed the National Directorate of Security, who then arrested two others in connection with the case. Recently, the Da Afghanistan Breshna Sherkat (DABS) reported that 39 pylons were either destroyed or detonated across the country, over the past six months. The NDS, in a statement, announced that head of the group that detonated pylons along with his three colleagues, who are Islamic State-Khorasan Province (ISKP) members, have been arrested. The NDS added that some terrorist materials have also been confiscated.