Kabul: Parliament Speaker Mir Rahman Rahmani expressed concern about the constant collapse of districts. Rahmani told the House session on Monday that the government must have regular measures and strategy in regards to the security situation.

Rahmani directed the Defense and Security Committees to invite security officials, in order to hear their plans for the prevention of district collapse and share them with the public. He added that the collapse of districts was expected after the withdrawal of foreign forces, but assured that the latest changes on the battlefield will not, under any circumstances, threaten the system and national sovereignty.

Rahmani called on the warring parties to prevent civilian casualties, urged the government to avoid discrimination and maintain balance in distributing military equipment to people’s uprising forces across the provinces. Member of Parliament (MP) for Daikundi province, Ali Akbar Jamshidi, criticized the Ministry of Defense and National Directorate of Security for failing to address the lack of military equipment in the province, as the province has witnessed fighting over the past month.

MP for Maidan Wardak province Mahdi Rasikh said that about 100 districts fell to the Taliban, over the recent weeks, and managing the ongoing war has slipped from government’s control. MP for Farah province Abdul Sattar Hussaini claimed to have obtained documents, showing that drones have hovered over districts, which have fallen to the Taliban within days afterwards. Hussaini added that he has shared the issue with security officials, who have expressed ignorance about it.

However, the Afghanistan government forces plan a counteroffensive in the country’s northern provinces after losing ground to the Taliban, Russia’s RIA news agency cited National security adviser Hamdullah Mohib. He said that government forces had not expected the Taliban offensive but would “absolutely, definitely” counterattack.

Mohib also spoke to Sputnik and said that the United States has already handed over to the Afghans most of the weapons it was planning to give, and they are using them to defend the people and territorial integrity of the country. “So, they will be handing over some equipment, but most of it has already happened. And we’re using it as we speak and defending the Afghan people and Afghanistan’s territorial integrity”, Mohib said, when asked if the US would transfer the remaining military equipment to Afghan government forces after leaving the country. Most of the US troops have already left, with only a limited number of soldiers left, “and those troops were involved in training and advising and assisting capabilities”, the adviser said.

At the same time, the national security adviser noted that the government is struggling to see a positive response from the Taliban militants. “We, unfortunately, have not seen enthusiasm or good faith efforts from the Taliban for peace talks so far”, Mohib said.

“The Taliban used the vacuum in which the Americans and other international troops were retrograding and launched an unannounced offensive. And that took many of the Afghan security forces by surprise. Because like I said, we were expecting peace, not war”, he said. Yet, the people of Afghanistan are “determined” and want to “live in freedom”, Mohib continued. “We want to see the Taliban included in the government and be represented, but Afghans are not ready to have the Taliban dominate all of Afghanistan and dictate the way Afghan people must live”, the security adviser said. As serious as the situation is, the government hopes that it will not completely lose control of the north, Mohib said.

Meanwhile, in the last two months, the war has spread to unprecedented levels in most provinces. The fighting has forced thousands of families to flee their homes and seek refuge in relatively safe district and provincial capitals under difficult conditions.

The Ministry of Refugees and Repatriations says that during the two months of the war, about 22,416 families were displaced from different provinces. Abdul Basit Ansari, the ministry’s press adviser, told Hashte Subh daily that most of the displaced were from Kunduz, Baghlan, Helmand, Ghazni, Takhar and Badakhshan provinces. Ansari added that the Ministry of Refugees and Repatriations has helped 20,000 families with food, carpets and tents. He called on partner institutions to co-operate with the ministry so that they can cover more IDPs. 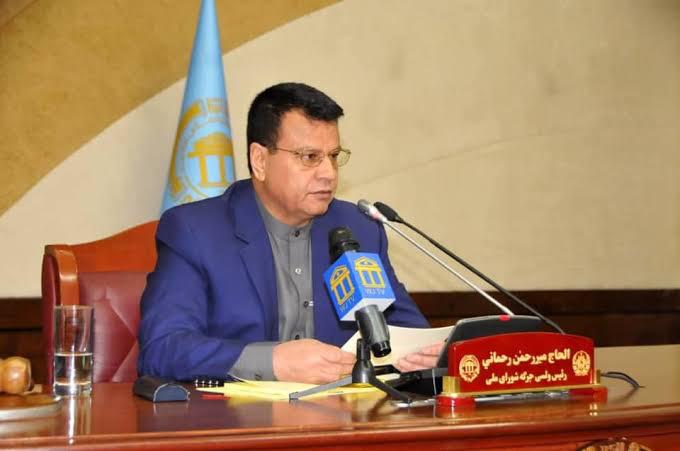 The head of Badakhshan’s refugees and returnees added that in the last few weeks alone, some 2,500 families have been displaced from different districts due to the escalation of fighting. He stated that more than 200 families have come to Badakhshan from Kunduz. Only 139 displaced families from Kunduz have been assisted. Abdul Wahed Taybi says assistance is being provided to other families.

The Kunduz Department of Refugees and Returnees says that as a result of the war in the past month, 12,000 families have been forced to flee their homes. Ghulam Sokhi Rasooli, director of Kunduz province for refugees and returnees, said that as a result of heavy fighting between security forces and the Taliban in the province, more than 12,000 families had been displaced. According to Rasouli, these IDPs are from Imam Sahib, Aliabad, Khanabad, Chahardara and central areas of Kunduz. The head of the province’s refugees said that in a recent month, in coordination with aid agencies, of a total of 12,000 displaced families, 6,500 families needed help, and the process of distributing aid to these families is currently underway.

The Department of Refugees and Repatriations in Takhar Province says that as a result of the recent fighting in Takhar Province, about 9,000 families have been forced to flee their homes. Yasin Labib, director of refugees and returnees in Takhar province, said about 9,000 families from 13 districts and the capital of Takhar province had taken refuge in Taloqan following the fall of the districts.

Faryab’s provincial repatriation and refugee directorate reported that fighting has forced 5,670 families from Andkhoy, Gurziwan, Khwaja Sabz Posh, Pashtun Kot, Qaysar, and Almar districts to flee their homes and shift in Maimana city, over the past month. Provincial Repatriation and Refugee Director Ghulam Farooq Mohammadi told Hashte Subh daily that the directorate has received nearly 8,000 applications from 6 districts, asking for humanitarian assistance. Mohammadi added that the directorate has started surveying the families and will start providing assistance, once the survey is complete.

Meanwhile, First Vice-President Amrullah Saleh also said that thousands of families have fled Taliban onslaught to major cities. “Some have found refuge in homes of relatives thanks to our traditions and others are in makeshift tents or street corners awaiting a “hand” of help. We are doing what we can and with what we have,” he added.

In other news, civil rights and political activists, and youths in Helmand province called on the international community, particularly the United Nations Assistance Mission in Afghanistan (UNAMA), not to solely observe development, and mediate to immediately end the way and achieve a ceasefire. In a letter to UNAMA, the activists called for the increased role of the UN Security Council to control the situation, put pressure on Pakistan, as violence has hit its peak.

The letter urges the UN to seriously call on the Taliban to stop fighting and choose the path of peace, and there is a need for the resumption of peace negotiations and UN’s mediation in the process. UNAMA declined to comment, however, the office has told the activists that it will not remain indifferent. The Taliban have yet to comment on the report.

In fact, a South Korean foreign ministry official said on Monday that all South Koreans remaining in Afghanistan must leave the country by no later than July or face criminal punishment, as unrest grew in Afghanistan amid the ongoing withdrawal of U.S. and its allies’ forces. Afghanistan is currently banned for travel, along with five other foreign countries, including Iraq, Syria and Somalia. A violation of the travel ban is punishable by up to one-year in prison or a 10 million-won fine (US$8,837) under Korean law. A “very small” number of Koreans are still in the country despite the government’s repeated requests for withdrawal, the foreign ministry official said, declining to give details on how many are staying due to safety concerns. A government delegation, headed by a senior foreign ministry official from Seoul, visited Kabul last week to meet with and persuade them to leave as soon as they can, according to the official.