Kabul: The Ministry of Interior (MoI) announced on Monday that security and defense forces have recaptured 10 to 14 district centers from the Taliban. Interior Ministry spokesman Tariq Arian said that the security forces are present in all parts of the country.

He added, however, that the centers of a number of districts have been temporarily relocated to protect the lives of defense and security forces soldiers. According to Arian, the Taliban also carried out sabotage and bombings in the areas where they were stationed and drove people away.

In fact, the Ministry of Defense (MoD) announced on Monday, the deployment of new Commando forces to Fayzabad district, Badakhshan’s provincial capital. The MoD stated that the Commando forces along with people’s uprising forces will launch major clearance operations across the province, and will defend the people and their properties. The MoD added that adequate forces have been deployed to defend the people. However, residents of Badakhshan are worried about the deteriorating security situation in the province. Some Badakhshan residents told RFE/RL that Taliban fighters have reached the gates of the provincial capital. In four days, the Taliban ousted 16 districts in the province as per reports. But local officials said that the Taliban are not allowed to enter the city. Badakhshan Governor Bashir Samim assured the public that the Taliban will not be able to overthrow the provincial capital and the government will soon regain the lost districts. “The local government has established a strong defensive line on all four sides of Badakhshan. All preparations have been made for the defense of Faizabad, and our people should gather in this area,” he said.

Provincial governor’s office reported that the ANDSF along with popular forces conducted air and ground operations on the outskirts of Fayzabad district last night, inflicted heavy casualties to the group, and cleared a lot of areas.

Also, the Taliban captured Khwahan, Shekay, Nusay, Maimay, Sheghnan, Ishkashim districts in Badakhshan Province in the night of July 4-5. These districts have a common border with Tajikistan stretching for 910 km, the Border Troops of Tajikistan reported. The MoD claimed that the majority of those killed in Fayzabad district were Chechen, Uzbek and Pakistani nationals. 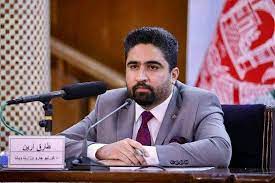 Also, President of Tajikistan Emomali Rahmon held a telephone conversation with the President of the Islamic Republic of Afghanistan Mohammad Ashraf Ghani and the conversation focused on the alarming development of the military-political situation in Afghanistan. They paid special attention to the aggravation of the situation in the northern regions of Afghanistan bordering on Tajikistan. Rahmon with alarm informed the Afghan President about the new facts of the forced crossing of the state border line by the Afghan military personnel.

It was also emphasized the unchanging position of Tajikistan to the Afghan problem, which consists in non-interference in its internal affairs and full support of the efforts of the official authorities to establish peace, stability and security in the country. “Tajikistan, as a close neighbor of Afghanistan, has been and remains an interested party in establishing stability and tranquility in this country and supports all efforts to advance the inter-Afghan peace talks,” Tajikistan President Emomali Rahmon noted in this regard. The parties also exchanged views on other topical aspects of bilateral relations, including cooperation in the field of security, emphasizing the importance of ensuring proper border protection.

The areas under Taliban control in the north are increasingly strategic, running along Afghanistan’s border with central Asian states. Last month the religious movement took control of Imam Sahib, a town in Kunduz province opposite Uzbekistan and gained control of a key trade route. The inroads in Badakhshan are particularly significant as it is the home province of former President Burhanuddin Rabbani, who was killed by a suicide bomber in 2011. His son, Salahuddin Rabbani, is part of the current High Council for National Reconciliation. The slain former president also led Afghanistan’s Jamiat-e-Islami, which was the party of famed anti-Taliban fighter Ahmad Shah Massoud, killed by a suicide bomber two days before the 9/11 attacks in America.

Meanwhile, Hua Chunying, China government official and Foreign Ministry Spokesperson and Director General, Information Department, MFA PRC said that the United States, which created the Afghan issue in the first place, should act responsibly to ensure a smooth transition in Afghanistan. “It should not simply shift the burden onto others and withdraw from the country with the mess left behind unattended. The most pressing task in Afghanistan is to maintain stability and prevent war and chaos,” Chunying said.

Meanwhile, the Foreign Economic Relations Coordination Headquarters of the Iranian foreign ministry held a session on Sunday to investigate developments in Afghanistan too. In fact, Pakistan Prime Minister Imran Khan and Iranian President-elect Sayyid Ebrahim Raisi spoke to each other on Sunday and emphasized on the need for continuing to facilitate an Afghan-led and Afghan-owned inclusive political settlement. In the regional context, Khan expressed concern over the worsening security situation in Afghanistan, and cautioned that the latest developments could lead to serious repercussions for both Pakistan and Iran, resulting in an influx of refugees towards their border areas. Raisi also expressed concern over the situation in Afghanistan and said, “Afghanistan’s security is important to us and this security must be established by Afghans.” Also, the developments in Afghanistan will come up for extensive discussion in the upcoming Pakistan National Assembly session which will meet on July 8 (Thursday).

On the other hand, the eighth High-Level Political and Security Dialogue between the European Union (EU) and the countries of Central Asia (Kazakhstan, Kyrgyzstan, Tajikistan, Turkmenistan and Uzbekistan) took place in Tashkent on July 1, with the participation of Afghanistan as special guest, according to the EU Delegation to Tajikistan. Participants expressed their shared concern about resurging violence in Afghanistan and stressed their common determination to continue to work together to promote a genuine and inclusive peace process in the country.

Also, Russia is concerned about the developments in Afghanistan’s border regions after the withdrawal of US troops from there, Kremlin Spokesman Dmitry Peskov told reporters on Monday. “Of course, after the Americans and their allies pull out of Afghanistan, the situation in that country is a matter of grave concern for us. We are keeping a close eye [on the situation] and note that, unfortunately, destabilization is taking place,” he said.

When asked whether Russia was exploring the possibility of sending additional troops to help Tajikistan protect the border, the Kremlin spokesman noted that Russian military servicemen and border guards would monitor the situation in Afghanistan’s border regions and make appropriate decisions. “As for an additional contingent, I cannot tell you. Of course, as the situation evolves, and we see that, unfortunately, it is not evolving in the best possible way, the necessary decisions will be made by our military and border guards,” he stressed. On Monday, the press center of the Border Guard Troops of Tajikistan’s State Committee for National Security said in a statement that more than 1,000 Afghan troops had retreated to Tajikistan after battles with the Taliban (outlawed in Russia). Afghan troops had to cross the Tajik border several times over the past two weeks.

Meanwhile, Pakistan Foreign Minister Shah Mehmood Qureshi has said that Pakistan has housed its Afghan brothers but now it is time for them to return. His remarks come days after investigators discovered that an Afghan with Indian connections was behind a bomb blast attack in Lahore. “Steps have been taken for the honorable return of Afghan refugees,” he said on SAMAA TV’s Naya Din on Monday. “Terrorists are suspected to have entered Pakistan during the return of refugees.”

Pakistan became a safe haven for many Afghans in the long war that plagued the country for over a decade. However, the thinking in Islamabad is that now that the US troops withdrawal is about to wrap up, Afghans in Pakistan should return.