Kabul: Representatives of three political parties traveled to Herat province from Kabul, on behalf of 20 political parties, to announce their support for the ANDSF, and assure to deploy hundreds of party members to the battlefield against the Taliban, if the government required cooperation.

Leadership Council member of the Afghanistan Islamic Movement Party, Sayed Hussain Hadi, told Hashte Subh daily that terrorist groups are fighting the ANDSF and receive orders from neighboring countries, particularly from Pakistan, who commit any crimes possible for their national interests. Hadi added that civil society and political parties are ready to defend the country alongside the ANDSF against terrorists.

Head of the Awakening Movement of the Afghan Nation party, Abdul Maqsood Hassanzada, said that the party will deploy hundreds of its members to fight the Taliban and other terrorist groups, if senior security officials ask. Provincial security officials said that in cooperation of the people and civil society organization, they will stand against terrorists until their last drop of blood and won’t allow them to trample the achievements of past two decades.

Provincial Police Spokesman Abdul Ahad Walizada told Hashte Subh daily that support from the people and parties for the ANDSF has been ongoing across Herat and other provinces. 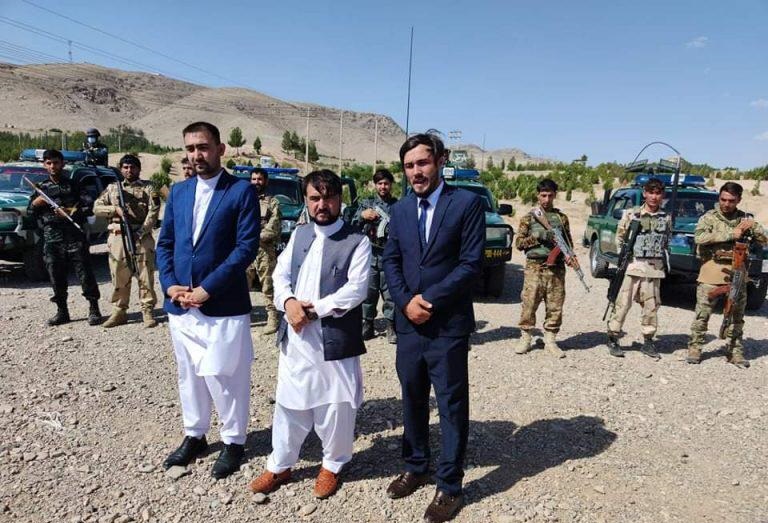 Meanwhile, Herat’s provincial military council has decided to relocate the Chishti Sharif district headquarters to properly use the forces and prevent civilian casualties and financial losses to local residents. The council added that district officials will operate from the new location until the district center is completely cleared of insurgents.

In other news, ANDSF Spokesman Ajmal Omar Shinwari announced that the government is planning to use the Bagram Air Base as ANDSF’s Special Operations base. Shinwari added that a delegation, including National Security Council’s Inspector General, and representatives from the Ministries of Defense and Interior, and National Directorate of Security, has been deployed Bagram, for security situation and identification assessments. Shinwari assured that the ANDSF are prepared, in line with the presidential decree, to receive, protect, and manage all military centers that foreign forces control.

Spokesman for Nangarhar’s Provincial Governor Attaullah Khogyani reported that the ANDSF have moved away from Hisarak district center. Khogyani stated that the district headquarters was moved from one area to another area at the request of locals, to avoid Taliban attacks, who use civilian homes as shields. Taliban spokesman Zabihullah Mujahid stated that the group captured the district and police headquarters, along with intelligence department and other administrations.

Meanwhile, the Ministry of Interior (MoI) reported that Kabul’s provincial police detected and neutralized an improvised explosive device (IED) at 08:00 am today morning, which was placed in a crowded area in Kot-e Sangi area, PD3.

In other news, Samangan’s provincial police reported that the Taliban attacked Hazrati Sultan district on Monday evening, facing fierce resistance from the ANDSF. The police stated that in the counter air and ground attack, the ANDSF killed nine Taliban insurgents, including their shadow district governor Mawlawi Mohammadi, head of the group’s military commission Jundullah, and a group head named Makhdoom Sharif, whilst 10 others were wounded, and the attack was repulsed.

Sharing pictures of provincial civilian and military officials in Hazrati Sultan district, the police stated that the officials traveled to the district on Tuesday morning, to appreciate and reward the ANDSF. The Taliban claimed that the group captured the district last night.