Kabul: The Minister of Foreign Affairs Hanif Atmar met on Tuesday morning in Kabul with Afghanistan’s major regional partners to discuss the escalation of violence by the Taliban, the destruction of public property and infrastructure, the issue of IDPs and a new chapter in Afghanistan’s relations with the world.

Pointing to the Taliban’s non-compliance with the commitments of the Doha Peace Accord signed with the US last year and UN Resolution 2513, Atmar called on Afghanistan’s regional partners to put pressure on the Taliban to renounce violence and killings and return to meaningful peace talks.

According to a statement, Atmar spoke of the Taliban not cutting ties with foreign fighters and members of international terrorist groups, calling it a potential threat to regional stability and an opportunity to strengthen the foundations of terrorist networks.

Atmar added that given this great threat, a joint struggle and practical cooperation between countries against terrorist groups is crucial.

The Foreign Minister also discussed the new chapter in Afghanistan’s relations with the world, emphasizing the continued support of international partners for the people and government of Afghanistan and the preservation of the achievements of the last two decades, especially women’s, girls’ and children’s rights, freedom of expression and minority rights, the statement read.

The ambassadors of the region, while expressing regret over the high level of violence and killings, assured Atmar of their support for the government and people of Afghanistan, while maintaining and strengthening the achievements of the last two decades, after the withdrawal of support forces.

Atmar also told a meeting of ambassadors from neighboring countries and the region on recent military developments that the number of attacks by the Taliban had recently doubled and was unprecedented. The Taliban carry out about 70 to 100 attacks a day, he said.

Regarding the fall of the districts, he said that about 80 districts had fallen to the Taliban, but that most of these developments were not due to the war, but that the forces had evacuated them in a planned manner. According to him, the Afghan government is evacuating troops from remote areas where it is not possible and its focus is on maintaining security in densely populated cities, ports and airfields. He also said that the war had spread from northeast to western Afghanistan and they expected the provincial capitals to be attacked as well.

Regarding the flight of troops to neighboring countries, he said that more than 1,500 military and civilian troops had gone to Tajikistan and about 60, mostly security forces, to Uzbekistan and were working to repatriate them. Atmar noted that the withdrawal of international forces had created an opportunity for the Taliban to step up their attacks and that they dreamed of establishing an Islamic Emirate. He also said that a quarter of the Taliban force is made up of foreign militants, including al-Qaeda and ISIS. 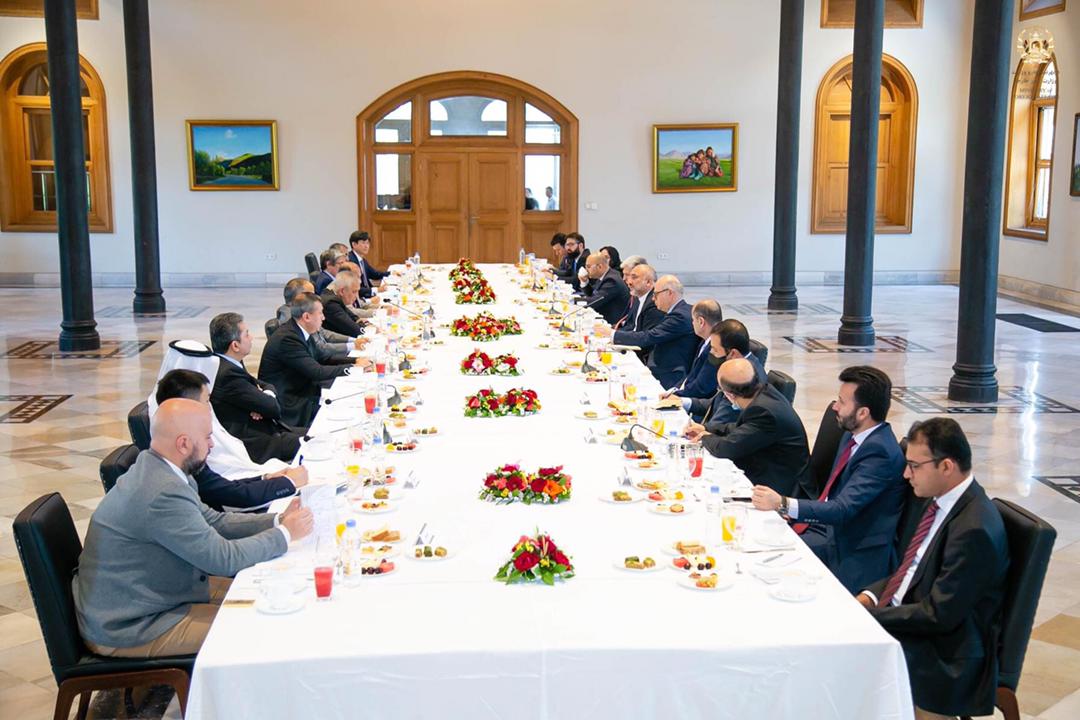 Meanwhile, local officials in Herat province said that no threat exists against the Afghan-India Friendship Dam (Salma Dam). Provincial Governor Abdul Saboor Qane gave assurances that the ANDSF will repulse any threats against the dam, and the government will implement any necessary measures to protect it.

Meanwhile, Russia’s military base in Tajikistan is fully equipped to help secure its border with Afghanistan, and Moscow will take extra measures to protect it if needed, Interfax quoted Russian deputy foreign minister Andrei Rudenko as saying on Tuesday. Russian military helicopters based in Tajikistan fired air-to-surface missiles during a training exercise on Tuesday as Moscow said its forces in the Central Asian nation were fully equipped to help secure the border with Afghanistan.
buy tadalafil online https://meadowcrestdental.com/wp-content/themes/twentytwentyone/inc/new/tadalafil.html no prescription

Russia, which operates one of its largest military bases abroad in Tajikistan equipped with tanks, helicopters, drones and ground attack aircraft, would help stabilize the border with Afghanistan if needed, both directly and through a regional security bloc, the Kremlin said in a statement. In fact, Turkish Defense Minister Hulusi Akar also said he would discuss with his US counterpart Lloyd Austin on Wednesday a plan for Turkey to operate and guard Kabul’s Hamid Karzai airport after the NATO withdrawal from Afghanistan, adding there was no final decision yet.

Ankara has offered to run and guard the airport after NATO’s withdrawal, and has been in talks with allies, namely the United States, on financial, political and logistical support. Security of the airport is key for the operations of diplomatic missions out of Afghanistan after the withdrawal. Speaking to a group of reporters after a cabinet meeting on Monday, Akar said talks on the details of the mission were still underway, and that the airport must be operational so the Afghan government is not isolated from the world following the pullout. “From making certain decisions at the United Nations, NATO, to reaching an agreement with the Afghan government, as well as political, financial, and logistical support, we are in contact with various countries. Meanwhile, our talks with the Americans also continue,” Akar said. “No final decision has been made yet, but our talks continue.”

On the other hand, the Government Media and Information Center (GMIC) held a conference on Tuesday, entitled “Improving the Quality of Publications and Regulating Media Activities,” where Justice, Information and Culture, and Hajj and Religious Affairs Ministers, attorney general, and representatives of media supporting organizations participated.

Acting Attorney General Zabihullah Kalim warned the media to be aware of the sensitivity of the issues in publishing reports and consider punitive consequences of media violations. Kalim said that a clear solution should be developed on how the media should provide information and added that the duty of the Attorney General’s Office (AGO) is to investigate violations as no legal and natural person is exempt from the law. Justice Minister Fazal Ahmad Manawi said that national interests would be considered as principle by the media and national interests should not be forgotten in the name of freedom of expression.

Manawi added that no one should be allowed to propagate against independence, sovereignty, and national unity, and criticized the media for violating the law by not using the word “martyr” for the ANDSF victims. Acting Information and Culture Minister Mohammad Qasim Wafayeezada said that although the principle of balance and impartiality is important in news coverage, but the media should not be used to create fear, intimidation, terror, and despair about the country’s political future.Wafayeezada added that the principles of ethics of journalism should be observed, and clarified that an “ethical mechanism” is required in the media.

Deputy Women’s Affairs Minister Nazira Rahmani criticized the content of media publications, and said that the content of some outlets lacks the “richness” and is “mixed with discrimination and negative views about women” in some cases, as a failure to address the issue will promote a culture of xenophobia within society. Rahmani urged the media to refrain from publishing commercial program, messages, and media products that violate gender equality and human dignity, and focus on gender policy and raising awareness about women.

However, representative of the Afghanistan Federation of Journalists, Zia Bumia, described the criticism of government officials as unfair, and urged the government to distinguish between legal media and social media. Bumia added that the government should establish a mechanism to control social media, which is mostly a place for spreading false reports and rumors. Bumia said that duties and responsibilities should be divided between the public and private media, and the burden of all responsibilities should not be placed on the private media.