Kabul: Officials from the Da Afghanistan Breshna Sherkat (DABS) in Herat province said that Iran’s imported electricity to the province has been cut off for two days.

Provincial DABS Spokesman Zainab Mohsini in an interview with Reporterly, confirmed the incident and said that energy officials in Iran cut off electricity on Tuesday morning, due to power problems and energy shortages in the country, and said that Iran’s 132kw imported electricity to Herat will remain cut-off on Tuesday and Wednesday.

She added that initially it was stated that the power cut would be a probability, and efforts were ongoing to keep electricity sustainable at least in Herat province, but that the lack of energy in Iran is serious and given the seriousness of the crisis, imported electricity from Iran has been completely cut off. 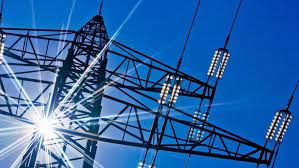 Mohsini said, “With the talks that head of DABS in Herat held with energy officials in Iran, it was agreed that at least 10mw of energy would be provided to Herat so that we could distribute through two 20kw power-lines to citizens for limited hours so that they can solve their requirements.”

“According to Iranian officials, the power cut will continue for two days and nights, and nothing has yet been said about its extension or reduction,” she added.

Currently, about 70% of Herat’s power requirements are imported from Iran, and the issue will disrupt dozens of manufacturing factories in the province.