This comes as more than 1,000 members of the Afghan security force members have fled to the country due to advances by the Taliban, as per the Reuters report. The group claims to have taken over six districts in the northern province of Badakhshan, which borders Tajikistan and China, which led to 1,037 Afghan service members moving across the border in Tajikistan, its border guard service told Reuters.

Rahmon has called multiple world leaders including Russian President Vladamir Putin and Afghan President Ashraf Ghani to discuss the situation, according to Reuters. According to a statement by Russia, Putin told Rahmon he will support Tajikistan if needed to stabilize its border.

“Special attention was paid to the escalation of the situation in Afghanistan’s northern areas adjacent to Tajikistan,” Rahmon’s office said in a statement, according to the news agency.

Rahmon also called Uzbekistan President Shavkat Mirziyoyev and Kazakhstan President Kassym-Jomart Tokayev for assistance and held a council meeting, his office told Reuters. A senior Afghan official told the news agency that hundreds of troops have been crossing the border, saying that the Taliban has cut off most of the border.

However, Iranian Deputy Foreign Minister for Economic Diplomacy Rasoul Mohajer has said that there has been no interruption to the trade exchanges between Iran and Afghanistan despite the flareup of tensions in the latter. “In spite of the tensions in Afghanistan, all (Iranian) ministries have been encouraged to carry on the interactions according to the policies. There has been no change in the economic relations between Iran and Afghanistan, at least until today, and the exchanges are in progress via the borders,” he added.

The deputy minister noted that the value of trade exchanges between the two countries stands at above $3 billion, saying the trade interactions have been stable because of the popularity of Iranian commodities in Afghanistan and the unique opportunities available in the Afghan market. Iran’s trade exchanges with Afghanistan are almost entirely handled by the private sector, Mohajer added.

Even India is concerned about the escalating violence and the rapidly deteriorating situation in Afghanistan is expected to top the agenda when Indian external affairs minister S Jaishankar visits Moscow this week. Russia sees India as an important player for formulating a coordinated response to the situation in Afghanistan, where the Taliban have significantly stepped-up attacks in recent weeks and captured key districts in different parts of the country, people familiar with developments said on condition of anonymity.

“The two sides will discuss all bilateral and international developments, including the most vital and current issues such as Afghanistan. The developments in Afghanistan are being seen as huge concerns,” said one of the people cited above. Russia is particularly concerned about an increase in instability in Afghanistan and the fallout on the Central Asian states, especially Tajikistan, Uzbekistan and Turkmenistan, which share borders with the war-torn country.

“Instability in Afghanistan would be dangerous for the region and there is also the fear of a surge in refugees. This would pose an immediate security challenge to the Central Asian countries,” the person cited above said. Amid reports on Monday of more than 1,000 Afghan troops fleeing into Tajikistan following clashes with the Taliban, Russia is also looking at mounting a coordinated and joint response with the Central Asian states through the Collective Security Treaty Organization (CSTO), a collective security arrangement that includes Armenia, Kazakhstan, Kyrgyzstan and Tajikistan. 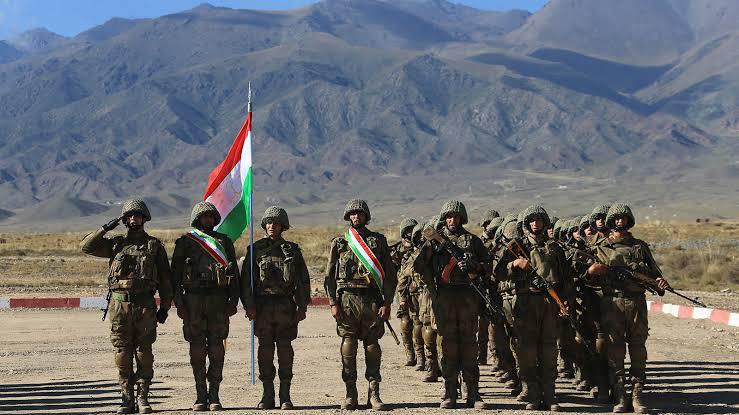 In fact, Russian President Vladimir Putin and his Uzbek counterpart Shavkat Mirziyoyev exchanged views on regional issues in a phone call, focusing on the escalation in Afghanistan, the Kremlin said on Monday, Trend reported citing TASS. “The heads of state exchanged views on regional issues, primarily in the context of the escalation in Afghanistan. While touching upon bilateral issues, [they] expressed appreciation of the development of Russian-Uzbek relations of strategic partnership,” the statement says.

This comes even as the Britain could launch airstrikes from outside Afghanistan against any future terrorist threats to the UK that emerge inside the country as troops withdraw, James Heappey, the UK armed forces minister, said. Heappey drew on the example of how British warplanes fly from a base in Cyprus to attack Islamic State targets in Syria and Iraq when asked by an MP if the UK would similarly conduct military action in Afghanistan from a distance. “We absolutely reserve the right to counter terrorist threats to the United Kingdom that may re-emerge in Afghanistan,” Heappey said.

In the UK’s House of Commons, Defense Secretary Ben Wallace was also asked about the UK’s nearly 20-year military campaign in Afghanistan, which is quietly drawing to a close alongside the US exit. “We too are in that path of withdrawal with all the risks that that may leave for the future in the next 10 or 20 years,” he said. The UK would continue to work with the Afghan government and “continue to focus on the threats that emanate from Afghanistan and that may grow to emanate towards the UK and our allies and we will do whatever we can”.

The threat posed by terror groups such as al-Qaeda may increase after NATO troops withdraw from Afghanistan, Wallace has warned as he admitted that Britain was forced to pull its forces out of the Middle Eastern country after the US decided to leave. The British government is also considering whether to retain a small group of special forces soldiers to advise Afghan security forces. However, the resurgent Taliban warned that leaving behind any foreign soldiers or security contractors would break the withdrawal agreement and spark conflict.

On the other hand, Pakistan claims that NATO has paid over Rs 50 million to Pakistan Civil Aviation on account of freight duty in the wake of their withdrawal from Afghanistan, as per Geo News reports. According to the documents with the Pakistan Civil Aviation regarding freight duty paid by NATO for handling its military cargo at Karachi Airport last week, it paid over Rs 50 million to the Pakistan Civil Aviation. According to CAA sources, the world’s largest cargo aircraft the Russian, Antonov An-225 flew to Karachi’s Jinnah International Airport on June 23 from Kabul, carrying the NATO military cargo. According to sources, Antonov An-225 brought three gunship helicopters of British Royal Air Force, which were transported to Dubai from Karachi. Besides, another NATO member country, Italy, also unloaded its military cargo containing weapons, lithium batteries, and armored vehicles at the Karachi airport.

Also, Pakistan’s Interior Minister Sheikh Rashid on Monday said that his ministry, on the advice of the foreign ministry and the armed forces, was keeping a ‘keen eye’ on the situation in war-torn Afghanistan. While addressing the media in Islamabad, the minister hoped that the situation in Afghanistan would not a repeat of the past and said that the “Pakistan armed forces and its institutions were ever ready to execute their national obligation”.

On the other hand, German authorities said that they have granted 2,400 visas so far to Afghan employees of the country’s military and their relatives, although not all of them want to come to Germany immediately. Germany withdrew its last troops from Afghanistan last week after a deployment that lasted nearly 20 years and focused on the north of the country. It had the second-biggest foreign contingent in Afghanistan after the United States’.

Foreign Ministry spokesman Rainer Breul said that 2,400 German visas were granted in recent weeks for local employees and their relatives. He acknowledged that procedures have been complicated by the military withdrawal and the closure of Germany’s consulate-general in Mazar-e-Sharif, but said Berlin is trying to work with partners such as the International Organization for Migration. The latter’s office there hasn’t yet started work because of the security situation, he added. Before the military left, 446 local employees and their relatives – a total of 2,250 people – were given travel documents, Defense Ministry spokesman David Helmbold said. At that point, “a relatively small number” of applications remained open, he added.

“Not all of those who received these travel documents wanted to leave straight away,” Helmbold told reporters in Berlin. “There were a number of local (employees) who said, `we´d actually like to stay as long as possible in Afghanistan, but we’d like to have the possibility to leave if the security situation escalates.” He said he couldn’t give a specific figure for the number who didn’t want to leave immediately. Also, New Zeland National Party foreign affairs spokesperson Gerry Brownlee said the situation in Afghanistan was “extremely disappointing”.