Kabul: Mutlaq bin Majed Al-Qahtani, senior Qatari official dealing with the Afghan peace process, is expected to arrive in Islamabad on Thursday for talks with Pakistani officials on ways to push the fragile peace process, diplomatic sources said on Wednesday.

In fact, Pakistan Chief of Army Staff (COAS) General Qamar Javed Bajwa, who is on a two-day official visit to Qatar, called on Qatari Deputy Prime Minister and Minister of State for Defense Affairs Khalid Bin Mohammed and its core military leadership. Bajwa appreciated the role of Qatar in the Afghan Peace Process. The Qatari leadership also appreciated Pakistan’s continuous efforts for peace and stability in the region and pledged to keep working for better relations between the two brotherly countries.

This comes even as Iran hosted political envoys of the Taliban and Afghan government officials in Tehran in an attempt to end the stalemate in the intra-Afghan negotiations. Qahtani was in Afghan capital Kabul over the past few days where he held talks with Afghan leaders and diplomats on his country’s role in the peace process. Qatar has hosted the Taliban political headquarters since 2013.

In the joint statement released by the representatives of the Islamic Republic of Afghanistan and the Taliban, the warring factions agreed that war is not the solution to Afghanistan’s problem and that all efforts should be focused on achieving a political and peaceful solution. The statement added that both the Afghan government and the Taliban share a common understanding of the dangers of continuing the war. It also condemned the attacks on people’s homes, schools, mosques and hospitals, the loss of civilians and the destruction of public facilities, calling for the perpetrators to be brought to justice.

Participants in the Tehran meeting said that the talks took place in a cordial atmosphere and all issues were discussed in detail and “explicitly”. The statement did not specify the issue, but stressed that Afghan government delegations and the Taliban had decided at the Tehran meeting to discuss issues that needed further consultation and clarity at subsequent meetings. These issues may include the creation of a mechanism for the transition from war to lasting peace, among other things.

The joint statement issued by representatives of the Afghan government and the Taliban called the Tehran summit a new opportunity to strengthen the political solution to the Afghan crisis and thanked Iran for holding the summit. The meeting started on Wednesday and continued till Thursday. 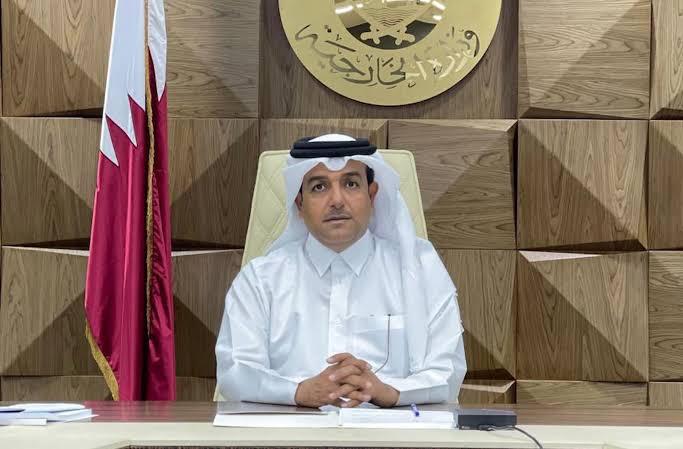 The Ministry of Foreign Affairs also welcomed the meeting between representatives of the Islamic Republic of Afghanistan and Taliban, held in Tehran Iran on 7-8 July. The Ministry stated that the Afghan government appreciates and supports any genuine move and effort that leads to the realization of the legitimate aspirations of the Afghan people to end the war, ensure lasting peace, and preserve the achievements of the past 2 decades. The Ministry appreciated Iran’s efforts to advance the Afghan peace process and hoped that these efforts will lead to an end to violence and the start of serious negotiations aimed at ensuring lasting and nationwide peace.

Meanwhile, the UNAMA chief Deborah Lyons concluded her Doha visit with discussions on UN’s support to peace process with negotiators from Taliban and Afghanistan and Qatari officials. The UN envoy stressed urgent need for negotiators to return to the table, seek a peaceful solution.

This meeting (C5 + 1 Central Asia + Afghanistan) is the first format at the level of Foreign Ministers to discuss the peace process, economic development, regional security, and the withdrawal of international forces from Afghanistan. Participants considered Afghanistan as an integral part of Central Asia and said that the Afghan-led and Afghan-owned peace talk is the only solution to the country’s current problem. Representatives of these countries stressed economic development, regional connectivity, strengthening trade cooperation, and regional solidarity, and expressed concern about the current situation in Afghanistan.

Central Asian countries while emphasizing the end of war and violence in Afghanistan called the implementation of regional projects such as TAPI, TAP, CASA 1000, and railway projects that connect Central Asia to South Asia through Afghanistan, important.

Foreign Minister Mohammad Hanif Atmar appreciated the full and continuous support from the Central Asian countries for Afghanistan and the Afghan peace process, over the past 2 decades, and emphasized on the importance of continuing this support. Atmar blamed Taliban’s lack of commitment to fulfilling their commitments to sever ties with international terrorist groups, reduce violence, and participate in meaningful peace talks as the major cause for the expansion of the crisis, and highlighted the Afghan government’s implemented commitment to the lease of over 6,000 Taliban prisoners.

Atmar stressed on the need for the continued political consultations and provision of an immediate ceasefire to prevent a wider humanitarian crisis, and reiterated the strong commitment of the Afghan government to push back the Taliban and ensure the security of borders, major cities, and routes.