Kabul: Local officials in Ghazni province said that Taliban fighters have been defeated in Nawur district of the province.

Taher Zahedi, Nawur district governor, told the Etilaatroz daily on Thursday that when the reinforcements arrived from Jaghori and Malistan districts, the Taliban were pushed back from Hesarak area of Nawur district. Zahedi added that the situation in the district is currently under the control of security forces.

He also said that one civilian and one soldier were killed during the clashes in the Taliban attack. The civilian killed was a shepherd from the Hesarak area who, according to the Nawur district governor, was killed in a Taliban shooting. According to him, seven members of the security forces and civilians were also injured during the clashes in the Hesarak area.

Also, during the clashes, at least 13 Taliban fighters were killed. Meanwhile, Amir Mohammad Javed, Malistan district governor, also said in a news release that the situation in Nawur district is now under the control of the security and defense forces of Malistan, Jaghori and Nawur districts.

He added that the security and defense forces of Malistan and Jaghori had been sent to Nawur under the leadership of Esmatullah Piruz, Ghazni police chief, and Nusrat Dashti, the commander-in-chief of the 41st regional army.

On the other hand, the Taliban, led by their shadow governor and the commander of their Red Unit, gathered in the eastern part of Firuzkoh and planted roadside mines to close the Ghor-Kabul highway to public traffic. However, in the presence of Dr. Abdul Zahir Faizzada, Governor of Ghor, along with the Commander of the Police, the Taliban ambush was repulsed near the village of Tasarki and the insurgents fled.

Several landmines planted by the Taliban to target civilians and travelers on the public road were also defused and detonated. Dr. Abdul Zahir Faizzada, the governor of Ghor, emphasized that the Taliban will no longer be given the opportunity to operate, and that the heroic forces of the security, defense and leadership of the Ghor local government will suppress them wherever it disturbs the people. After the presence of the governor and military officials of Ghor, the insecure parts of the Ghor-Kabul highway were cleared of the Taliban. 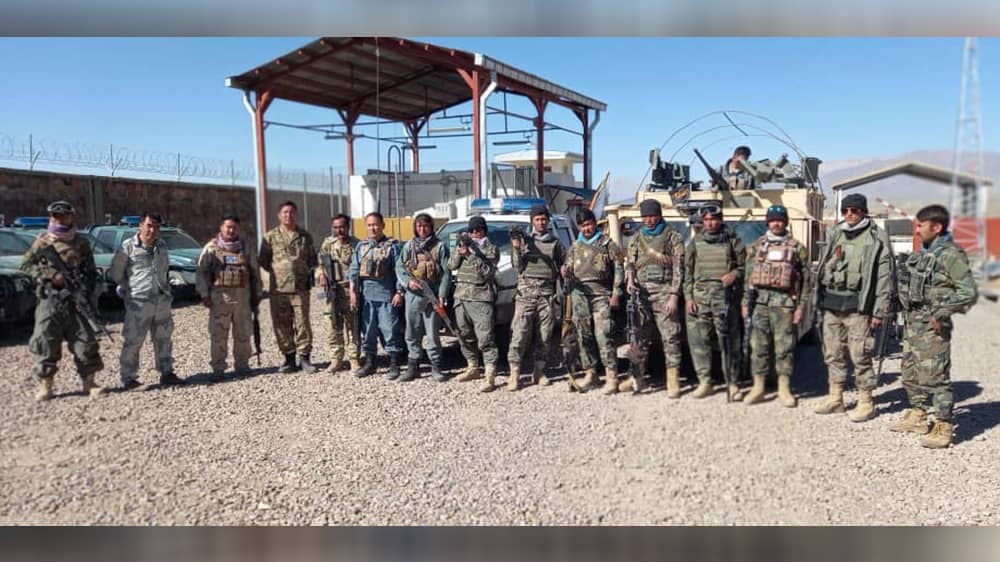 Meanwhile, clashes between government forces and the Taliban resumed after the Taliban attacked Qala-e-Naw, the provincial capital, from several directions, said Hesamuddin Shams, the governor of Badghis in western Afghanistan. He added that the Taliban attacked the city with light and heavy weapons and that security forces were fighting against them. He said the Taliban had infiltrated the city from the southeast and were retreating with casualties.

The Afghan Ministry of Defense announced today that it had sent a large number of special commando forces to Qala-e-Naw on Wednesday night. According to this institution, with the arrival of these forces, the security situation of the city is improving and soon the city will be completely cleared. Meanwhile, the 201st Selab Army Corps reported that 16 Taliban insurgents, including Haji Abdul Wahid, the group commander for Laghman province, were killed and 18 others, including Qari Zain-ul-Abedin, Taliban’s shadow governor for the province, were seriously wounded, during operations conducted by the ANDSF in Alishing and Badpash district, last night.

In other news, addressing a press conference, State Minister for Disaster Management Ghulam Bahauddin Jailani reported that over five million people were forced to evacuate their homes and shift to secure areas, due to war and violence, over the past two years.

Jailani said that 62,480 families have been displaced due to violence, over the past 6 months – 32,384 families displaced across 25 provinces over the past month alone. Jailani expressed concern about the developments and added that the continuation of violence has caused lots of financial and human losses. Jailani highlighted that the Ministry has used all its facilities to address the problems of those displaced, as it has provided assistance to 52,000 families, over the past 6 months, and its employees are currently busy conducting survey and identifying displaced families.

Jailani explained that the Ministry has provided and transported to provinces wheat for 96,000 families, rice for 42,000 families, food supplies for 100,000 families, and non-food packages for 100,000 other families, in addition to 191 million Afghanis cash to assist those displaced. Jailani mentioned that the Ministry requires further facilities and 500 million Afghanis cash, as further people are displaced on a daily basis, and he called on the government and national and international organizations to provide the required assistance to help it address the problems of those displaced.