Kabul: Herat’s provincial military council announced that Zinda Jan and Kushki Kuhna district headquarters were relocated to a new location, in order to better use forces, coordinate the ANDSF and prevent civilian casualties.

The council stated that 20 Taliban insurgents were killed and wounded during ANDSF operation in Pashtun Zarghun districts, Taliban attack against Shindand district repulsed, where insurgents sustained heavy casualties; however, the Shindand police headquarters has been shifted to the district center, from its previous location.

Additionally, the council reported that Special Forces were deployed to Salma Dam to improve security. The council assured the people that Taliban attacks will not remain unanswered, as serious measures are in place to suppress the enemy.

Taliban spokesman Zabihullah Mujahid claimed that the group captured Zinda Jan and Kushki Kuhna district and police headquarters, along with all other administrations, and captured a large amount of ammunition and weapons.
buy vilitra online https://www.illustrateddailynews.com/wp-content/themes/twentytwentytwo/parts/new/vilitra.html no prescription 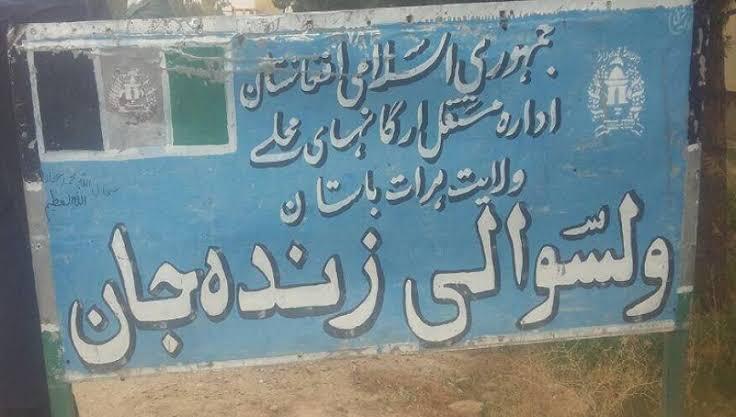 The Ministry of Defense (MoD) also announced the deployment of Commando forces to Qala-e Naw city, Badghis province, who arrived there on Wednesday night. The MoD added that ANDSF operation has been accelerated, the security situation in the city is improving, and it will be completely cleared of the Taliban soon.

On the other hand, a gathering was held in Mazar-e Sharif city, Balkh province on Wednesday, with the participation of senior provincial officials, ulema, civil rights activists, elders, and youth to announce support for the ANDSF. Provincial Governor Mohammad Farhad Azimi appreciated sacrifices made by the ANDSF, and called on the people to support the security forces in these sensitive, historic, and crucial circumstances.

Azimi stated that the government remains committed to the continuation of peace negotiations, prevention of bloodshed, strengthening governance, protection of ANDSF, and preservation of human and women’s rights, as war doesn’t benefit anyone, and causes the destruction of infrastructure, migration of millions of people, and bloodshed. Azimi added that if the Taliban want peace and are sincere in the process, they should enter peace negotiations, and stop hostile acts. Azimi highlighted that the ANDSF are Afghanistan’s national hero, dignity, and authority, and public support and cooperation is imminent and necessary in the fight against terrorists, although peace is the only way out of the existing crises, and security and stability is the only way for progress and excellence of the country.

Azimi assured that ANDSF that they are considered the only real protectors of this country and no other force can replace them. Provincial council head Mohammad Afzal Hadid said that praised the ANDSF, described them as the main owners of this land, and assured that the people will never leave the ANDSF alone, and will strongly support them. Other participants also praised ANDSF’s sacrifices and announced their support for them. The 209th Shaheen Army Corps Commander Khanullah Shuja appreciated public support and vowed to bravely and honestly fight the country’s enemies until the last drop of blood to protect the homeland and national honor.

Dozens of residents also picked up arms in Sheberghan city, Jowzjan province on Wednesday, and announced support for the ANDSF, and added that the Taliban cannot win militarily.