Kabul: China can play a major role in the regional peace process as the US withdraws from Afghanistan, said Afghan Ambassador to China Javid Qaem on Tuesday.

A prominent advantage that China enjoys is that it has good relations with both Afghanistan and Pakistan and can play a critical role in building trust between these two neighboring countries, and the trust is the real thing that will bring long-lasting peace in the region, said the ambassador.

The ambassador made the remarks at a press conference held at the embassy in Beijing, where he briefed Chinese journalists on the current status of civilian casualties and the US troop’s withdrawal.

Since the US announced its final withdrawal, there have been mounting worries about the security situation in Afghanistan. Violence has escalated across many Afghan provinces.

“Since 2014, we have been fighting by ourselves, except for some air support from the US for our national security forces,” said the ambassador, who is confident about defeating the Taliban. He said around 1,500 Taliban fighters were killed by Afghan forces in May. 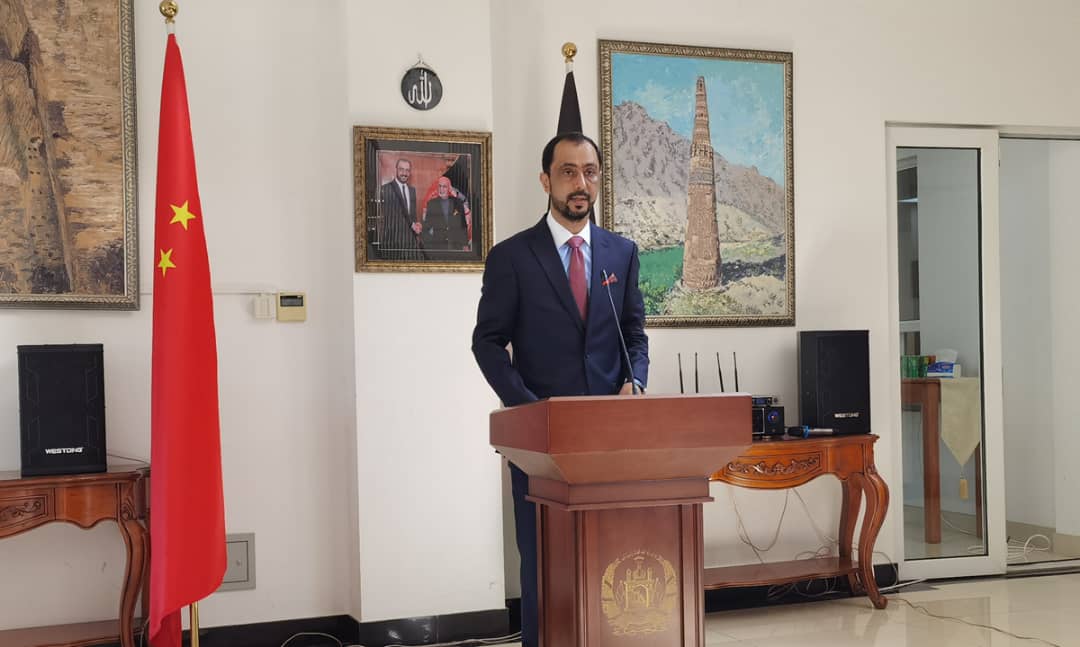 “We have 350,000 national security forces, among whom there are special forces. We don’t have any fear of losing ground. I don’t see a lot of changes along with the withdrawal. The withdrawal would be a surprise more to the Taliban than to us. There is no other way for the Taliban except to come back to the peace table. Therefore, we propose we should have cease-fire and the international community should put pressure on the Taliban to accept that,” he said.

The ambassador expects China to play a major role in the process.

In mid-May, Chinese State Councilor and Foreign Minister Wang Yi, in a phone conversation with Hamdullah Mohib, national security advisor to the Afghan president, said that China is ready to facilitate internal negotiations among various parties in Afghanistan, including creating the conditions for negotiations in China.

The ambassador said that Afghanistan is willing to join any sincere initiative that will help facilitate peace in Afghanistan and the region.

Kabul: At least 50 graduates of the Kabul school which was targeted by terrorists on May…

Bagram Air Base To Be Soon Handed Over to Afghan Forces

Kabul: After the New Kabul Command base was handed over last week to the Afghan forces,…