Kabul: At least six security force members were killed and more than 10 others were wounded in a car bomb attack close to a military base in the northern province of Baghlan on Thursday morning, sources said.

The attack took place at Bagh-e-Shamal area in Pul-e-Khumri. “The base was also a recruitment center for the army,” the source said, adding that “some parts of the base have been destroyed in the blast”.

“After the attack, the Taliban has placed roadside mines on Baghlan-Samangan highway and also closed the road to traffic,” sources said.

Abbas Tawakoli, the commander of 3rd Brigade of 217 Pamir Army Corps, confirmed the attack. “After the attack, the Taliban started a gunfight, but their attack was pushed back by security forces,” he said. “A number of the security force members were wounded in the blast and some walls of the base were damaged,” he added.

“The security forces’ clearance operation moves forward slowly in Baghlan-Samangan highway due to roadside mines,” he said. Taliban has claimed responsibility for the attack. 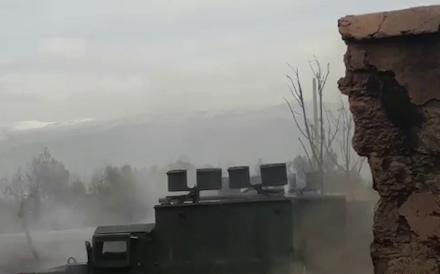 He added that the security forces have started clearing operations in these districts and now there are clashes going on in these areas. Jumazada said that the lost security checkpoints in districts will be recovered as soon as possible and these areas will be cleared of terrorists.

A spokesperson for the Ghazni governor said that once the districts were cleared, more troops would be deployed to protect them. Over the past few days, most districts in Ghazni have witnessed intense fighting with the Taliban.

Meanwhile, Nangarhar officials have announced the arrest of a key member of IS-K in the province. National Directorate of Security Unit 02, in a statement said that a member of IS-K was arrested during an operation by Afghan Special Forces in Behsud district of Nangarhar province.

According to the statement, the detainee was involved in the assassination, planting of magnetic mines, kidnapping and other destructive activities of IS-K in Nangarhar.
buy veklury online gaetzpharmacy.com/veklury.html no prescription