Kabul: The Islamic State (IS-K) has claimed responsibility for attacking the British landmine clearance charity, HALO Trust, and killing 10 of its staff members and injuring 16 others on Tuesday night in Baghlan province, as per the SITE intelligence monitoring group.

Paul McCann, head of communications for the Halo Trust, said in a statement, “The Halo Trust can confirm that at 21:50 local time on June 8, 10 Halo staff were killed and 16 injured by an unknown armed group at a de-mining camp in the Baghlan province of Afghanistan.” A survivor said the attackers had scaled the compound walls and rounded up the workers, asking if any were from the Hazara ethnic group. “Nobody responded,” said the survivor. The gunmen then singled out and shot the compound leader, before the order was given to “kill them all”. “As they opened fire, we all tried to escape. Some were killed and some, like me, were wounded.” HALO’s CEO James Cowan said that most of the victims belonged to the Hazara community.

The Dumfries-based landmine clearance charity said that they are devastated to hear that their employees were shot dead in Afghanistan. The victims, from local communities in the north of the country, had just finished work on nearby minefields when they were targeted by an ‘unknown armed group.’

The charity has condemned the attack on its staff who it says we’re carrying out humanitarian work to save lives. However, the charity has vowed to continue work in Afghanistan. The trust has been working in Afghanistan since 1988, removing mines which have been left behind by more than 42 years of fighting. Cowan, a former British Army major general who now runs the charity, told the BBC the attackers had gone “bed to bed, murdering in cold blood”.

“This is a horrific incident, the worst in the Halo Trust’s history. It’s very sad, but we are here for Afghanistan. We were in Afghanistan many years before 9/11 and we will be here many years after the international withdrawal,” he added. 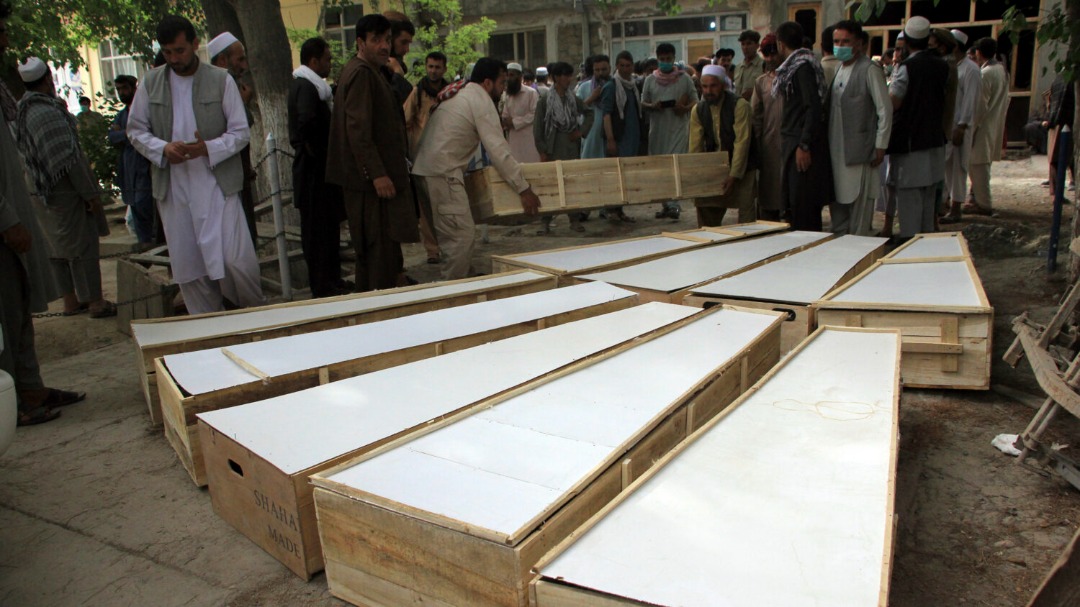 The charity was endorsed by Diana Princess of Wales who had walked through a partially cleared Angolan minefield in 1997 to highlight the trust’s work.

Meanwhile, the United Nations called for an investigation into the deadly attack. In strongly condemning the attack, UN Spokesperson Stéphane Dujarric said the HALO Trust is a global partner in operations to clear landmines, and other explosive devices, and to better the lives of vulnerable people.

“We send heartfelt condolences to the families of the deceased, and we wish for a speedy and full recovery to the injured”, he said, during his latest media briefing in New York.

“We further call for a full investigation to ensure that those responsible for this horrendous attack are held accountable and brought to justice.  The United Nations is committed to staying and delivering in Afghanistan,” he added.

Dr. Ramiz Alakbarov, UN Resident and Humanitarian Coordinator in Afghanistan, echoed the call for an investigation. “It is repugnant that an organization that works to clear landmines and other explosives and better the lives of vulnerable people could be targeted”, he said in a statement.

Since 1989, more than 40,000 Afghans have been killed by landmines and other explosive remnants of war, according to data from the UN Mine Action Service (UNMAS). Last year, it helped the country to clear some 14 square kilometers of land. “UNMAS is outraged by and condemns in the strongest terms the attack on humanitarian deminers last night in Afghanistan,” the agency said in a post on Twitter.

The UN mission in the country, UNAMA, also took to Twitter to condemn the attack, describing it as “deeply shocking”. UNAMA stated that warring parties “have a fundamental responsibility to safeguard humanitarians in the areas they control. Yet it is clear that certain parties and people within their ranks are deliberately targeting them.”

The mission added that “all those parties claiming to desire peace for the Afghan people need to demonstrate concrete action to support their claims and put an end to the terrible crimes such as witnessed in Baghlan”.

The UN has underlined its commitment to staying in the country, where aid workers, particularly women, are facing increased attacks and harassment. Dujarric reported that 11 were killed, 27 injured and 36 abducted, between January and April of this year. “Our humanitarian colleagues warn that interference with humanitarian activities escalated in 2020, with a 140 per cent increase in incidents compared to 2019. This escalating trend continues in 2021”, he said.

He urged parties to the conflict to protect civilians, aid workers and civilian structures such as schools and hospitals, in line with international humanitarian law.